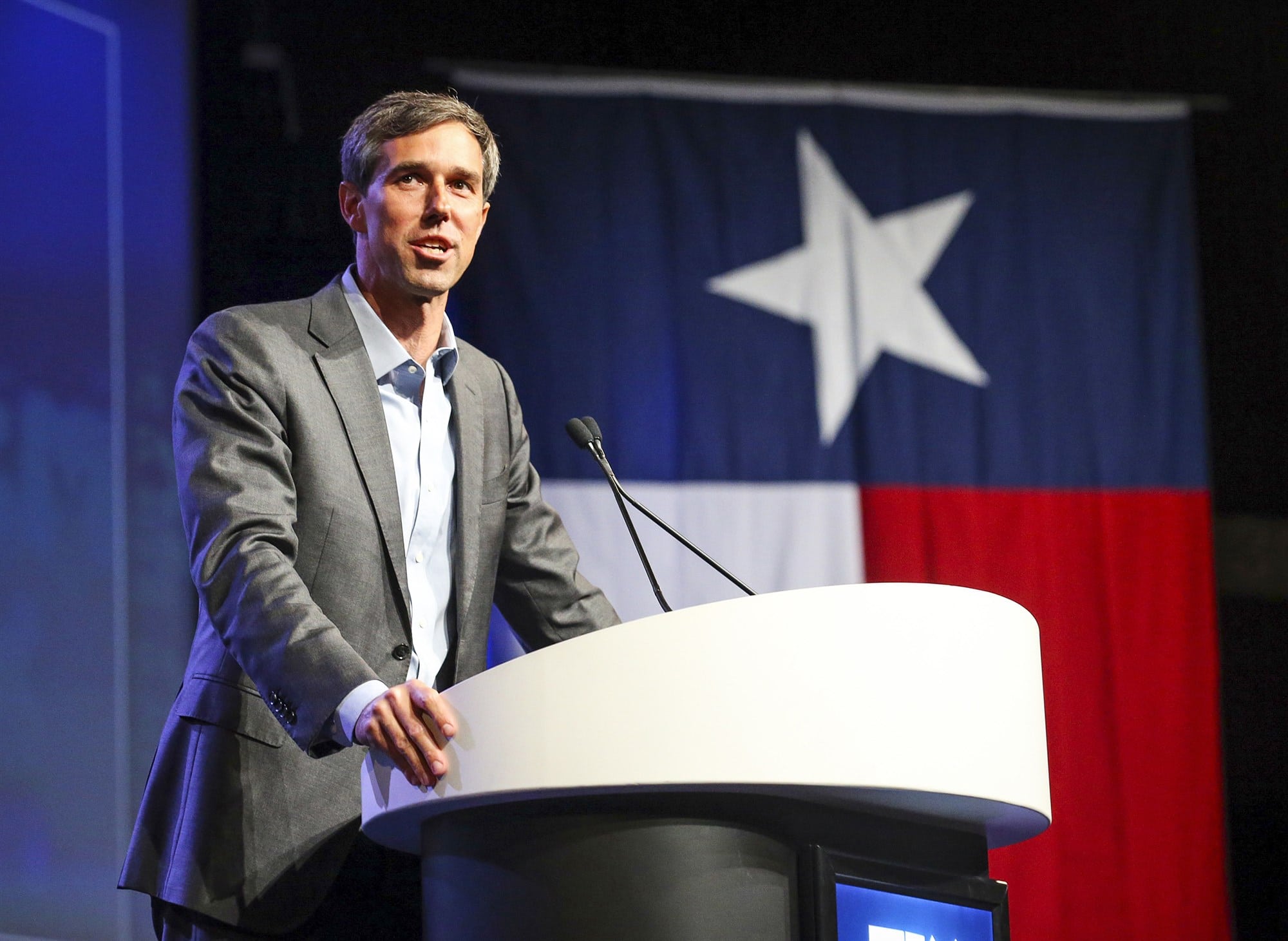 Beto O’Rourke, who is running for the U.S. Senate, speaks during the general session at the Texas Democratic Convention on June 22, 2018, in Fort Worth, Texas.Richard W. Rodriguez / AP fileO’Rourke has 45 percent support among registered voters compared with Cruz’s 49 percent; Abbott leads governor’s contest by 19.

O’Rourke, a congressman from El Paso who has ignited Democratic hopes with his impressive fundraising, has 45 percent support among registered voters compared with Cruz’s 49 percent. Six percent of voters remain undecided.

While both candidates have largely consolidated their bases — with O’Rourke capturing the support of 90 percent of Democrats and Cruz securing 91 percent of Republicans — independents in the state are equally split: Forty-six percent of them back O’Rourke, while 45 percent support Cruz.

Looking at the race geographically, Cruz has majority support by about a 2-1 margin in both the more rural eastern and western parts of the state. But O’Rourke is holding steady with Cruz in Dallas/Fort Worth (both at 48 percent) and besting him in Houston (51 percent to 42 percent).

Among those firmly in Cruz’s camp are conservatives (81 percent support), white evangelicals (79 percent), whites without a college degree (67 percent) and rural voters (66 percent).

Among Latinos, who make up 20 percent of the registered voters sampled in the poll, O’Rourke gets 53 percent support compared with Cruz’s 42 percent.

Both candidates share similar levels of intensity among supporters, as well. More than six-in-10 voters say they strongly support their candidate — 63 percent for O’Rourke and 65 percent for Cruz.

They also both enjoy net favorable ratings among registered voters, although O’Rourke is still unknown to about a third of them (36 percent).

O’Rourke’s relative strength against Cruz, who is running for a second term, is in contrast to Republican Gov. Greg Abbott’s whopping 19 point lead over Democratic challenger Lupe Valdez.

Abbott gets the backing of 56 percent of registered voters in Texas, compared with just 37 percent for Valdez. Abbott bests her in every region of the state and wins among independents, 54 percent to 35 percent. Seven-in-10 Abbott supporters (71 percent) also say they strongly support him, compared with 53 percent of Valdez backers who say the same.

“History is on the side of Republican candidates for U.S. Senate and governor,” said Lee M. Miringoff, director of the Marist College Institute for Public Opinion. “It’s been roughly three decades since a Democrat has been successful in contests for these offices in Texas. Yet O’Rourke is on the radar screen for many Texans.”

In a state that favored Trump by nearly 10 points in 2016, the president now just breaks even with registered voters. Forty-seven percent of them approve of the job he is doing, while 45 percent disapprove.

But among all adults in Texas, Trump disapprovers edge out his fans. Forty-six percent of all adults disapprove of Trump’s performance, compared with 43 percent who approve.

That data — and the Democratic enthusiasm around O’Rourke — could be a warning sign for Republicans who are defending several competitive House seats in suburban areas.