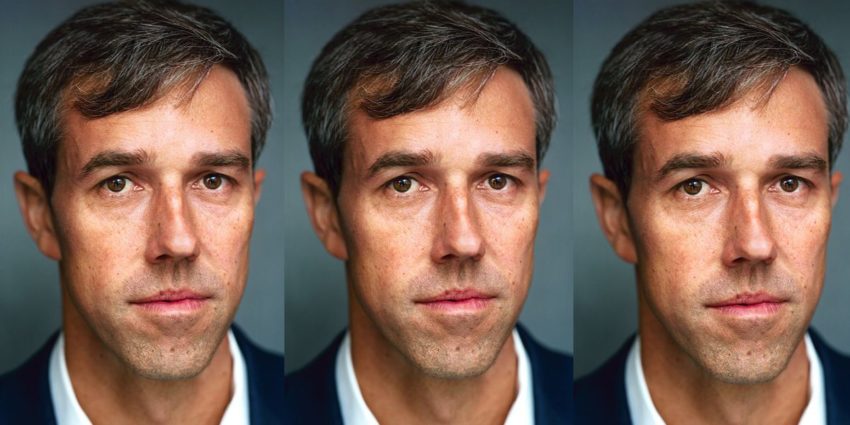 WASHINGTON – Now that Beto O’Rourke has jumped into the 2020 presidential race, voters nationwide will get to know where the young Texas Democrat stands on the issues.

Though O’Rourke, 46, only narrowly lost the race he ran in 2018 against Republican Sen. Ted Cruz in deep red Texas, it was a huge win for Democrats and progressives looking for a successor to President Barack Obama: a charismatic, affable candidate able to excite young voters and grassroots activists.

“This is a defining moment of truth for this country, and for every single one of us. The challenges that we face right now; the interconnected crises in our economy, our democracy, and our climate have never been greater,” he said in his 2020 announcement. “And they will either consume us, or they will afford us the greatest opportunity to unleash the genius of the United States of America.”

But while O’Rourke may have seemed to many like a dyed-in-the-wool liberal while he was running a strong Senate race against a former Republican presidential hopeful, his voting record in Congress more closely resembles that of Minnesota Sen. Amy Klobuchar, a self-styled moderate, than it does that of Vermont Sen. Bernie Sanders, who describes himself as a democratic socialist

Despite O’Rourke’s status as the darling of grassroots liberal activists and college kids, in reality, most of his policy positions look a lot like Obama’s, which puts them and potentially him, to the right of big portions of a Democratic primary electorate that has been lurching left in the past two years.

For instance, O’Rourke backs comprehensive energy reform and renewable incentives, but not a strict road map to net-zero greenhouse gas emissions, like the one contained in the so-called Green New Deal proposal.

He also aims to offer universal health coverage to all Americans, but, he says, he’s not exclusively wedded to a single-payer, “Medicare-for-all” system favored by most Democrats on the left. 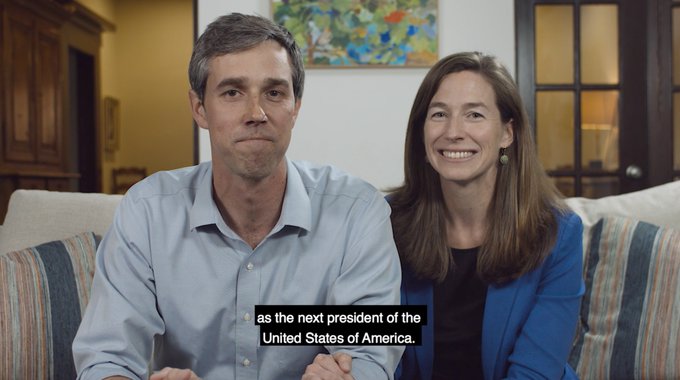 I am running to serve you as the next president. The challenges we face are the greatest in living memory. No one person can meet them on their own. Only this country can do that, and only if we build a movement that includes all of us. Say you’re in: http://BetoORourke.com

72.3K people are talking about this
O’Rourke also backed increased funding for Pell Grants and student loans, but he has yet to explicitly endorse the type of tuition-free college model that his fellow 2020 hopeful, Julian Castro, called for in January.

CNBC reached out to O’Rourke’s camp for comment, but did not immediately receive a response.

So where does O’Rourke stand out in the crowded 2020 field?

Plenty of prominent voices on the left regard O’Rourke’s moderate voting record and his reluctance to vilify Wall Street as fatal flaws.

In a recent column titled, “Why this progressive Texan can’t get excited about Beto O’Rourke,” Washington Post columnist Elizabeth Bruenig captures this liberal skepticism of the Texas lawmaker.

“We still have time to pick a politician with a bold, clear, distinctly progressive agenda,” Bruenig writes. “Beto is a lot like Obama, true; it’s perhaps time for left-leaning Democrats to realize that may not be a good thing.”

In recent weeks, however, signs have emerged that O’Rourke may have decided to embrace his centrism, instead of trying to match the righteous indignation at big business that’s become so closely associated with candidates like Sanders and Sen. Elizabeth Warren.

“I’m a capitalist. I don’t see how we’re able to meet any of the fundamental challenges that we have as a country without, in part, harnessing the power of the market,” O’Rourke told reporters recently in El Paso.

I’m a capitalist. I don’t see how we’re able to meet any of the fundamental challenges that we have as a country without, in part, harnessing the power of the market.
Beto O’Rourke

“Climate change is the most immediate example of that. If you’re going to bring the total innovation and ingenuity of this country to bear, our system as a country, our economy, is going to have to be part of that,” he said.

More importantly, in terms of the primary, it signaled that O’Rourke intends to fashion himself as a sort of anti-Sanders – a champion for capitalism, albeit a much more tightly regulated version than the one espoused by the Trump administration.

He doesn’t rail against the evils of Wall Street, a subject area in which Warren tops her rivals, both in expertise and in passion.

And he doesn’t vilify “billionaires” the way Sanders does when, for instance, the Vermont senator tells crowds that the “system is rigged” and “this country just does not belong to a handful of billionaires.”

It remains to be seen, though, how much further O’Rourke intends to go in order to differentiate himself from rival Democrats. But already, he appears to be staking out economic ground so far unclaimed, and rejecting some of the party’s more polarizing rhetoric.

Asked at a December town hall in Texas if he considered himself to be a “progressive,” O’Rourke replied: “I don’t know.”

Much of O’Rourke’s 2018 Senate platform was focused on criminal justice reform, a prominent issue in a state that operates the largest prison system in the nation. But many of his proposals could easily be translated onto the national stage, where they would likely galvanize support among young people, and among minority communities that are disproportionately affected by mandatory minimum sentencing laws.

Criminal justice reform is also an issue that is growing in popularity with voters in both parties, a trend borne out by the recent passage of the First Step Act by GOP controlled House and Senate chambers, with the backing of President Donald Trump.

The simple geography of O’Rourke’s political career puts him at a distinct advantage over the rest of the 2020 Democratic field in addressing the massive issue of immigration reform.

It’s an issue likely to loom even larger over the 2020 general election, where the Trump and the Democratic nominee will square off on one of the president’s signature issues, than it will over the Democratic primary.

O’Rourke’s firsthand experience representing a border district in Congress for six years, and his intimate familiarity with the issues facing immigrant communities will set him apart from people like Warren, who hails from Massachusetts and Sanders, who represents Vermont.

But O’Rourke has yet to pair his natural political advantage on immigration with a fully formed policy platform that goes beyond the standard Democratic talking points of comprehensive immigration reform and a path to citizenship for undocumented people living in the United States.

Not only does O’Rourke lack his own slate of policy solutions on the issue, but he recently told The Washington Post he views rigid policy proposals as a hindrance to cooperation. “That’s a problem, when you’re like, ‘It will be a wall,’ or ‘It will be this,’ or ‘We can only do it with this,’” O’Rourke told the Post in January, when asked why he didn’t have a firm set of plans for the border.

Nonetheless, O’Rourke clearly has a knack for counter messaging the president on immigration: A December video he posted spelling out his opposition to Trump’s border wall has already been viewed 5.5 million times. 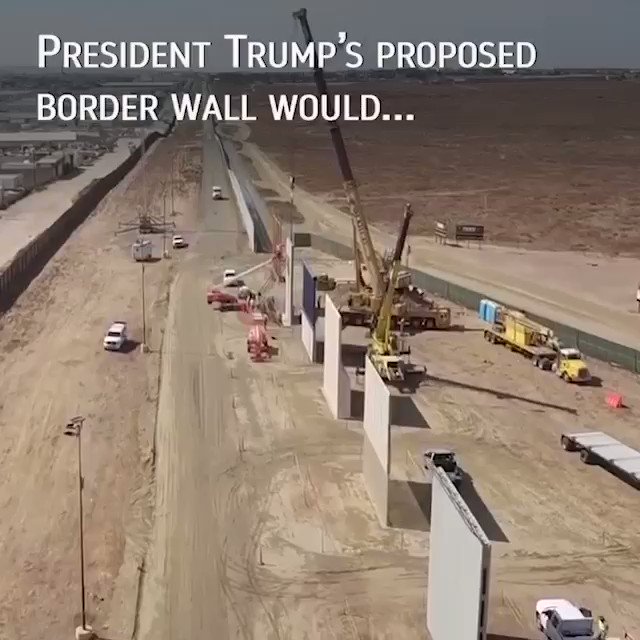 In some ways, the case of O’Rourke and immigration is one of a perfect messenger in need of a message. Once he finds that message, the issue could be his to lose.