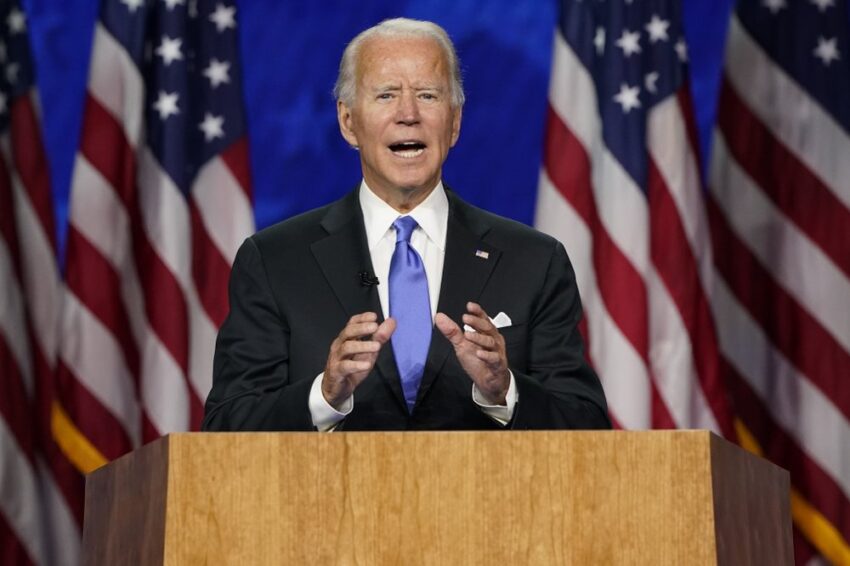 Joe Biden vowed to unite an America torn by crisis and contempt Thursday night, accepting the Democratic presidential nomination and achieving a pinnacle in an unfinished quest that has spanned three decades and been marred by personal tragedy, political stumbles and more dynamic rivals.

The past hurdles fell away as Biden addressed his fellow Democrats and millions of Americans at home who he hopes will send him to the White House to replace Donald Trump – though his triumphant moment was drained of immediate drama by the coronavirus pandemic, which left him speaking to a nearly empty arena rather than a to a joyously cheering crowd.

“Here and now I give you my word, if you entrust me with the presidency, I will draw on the best of us not the worst,” Biden declared. “I’ll be an ally of the light, not our darkness.”

“And make no mistake, we’ll overcome this season of darkness in America”

The pandemic has shaken the nation and fundamentally altered the campaign. But Biden pointed to the public health emergency and the severe economic fallout to turn traits previously seen as vulnerabilities, notably a long career spent in elected office, into an advantage by presenting himself as a competent leader in a moment that Democrats say cries out for one in the White House 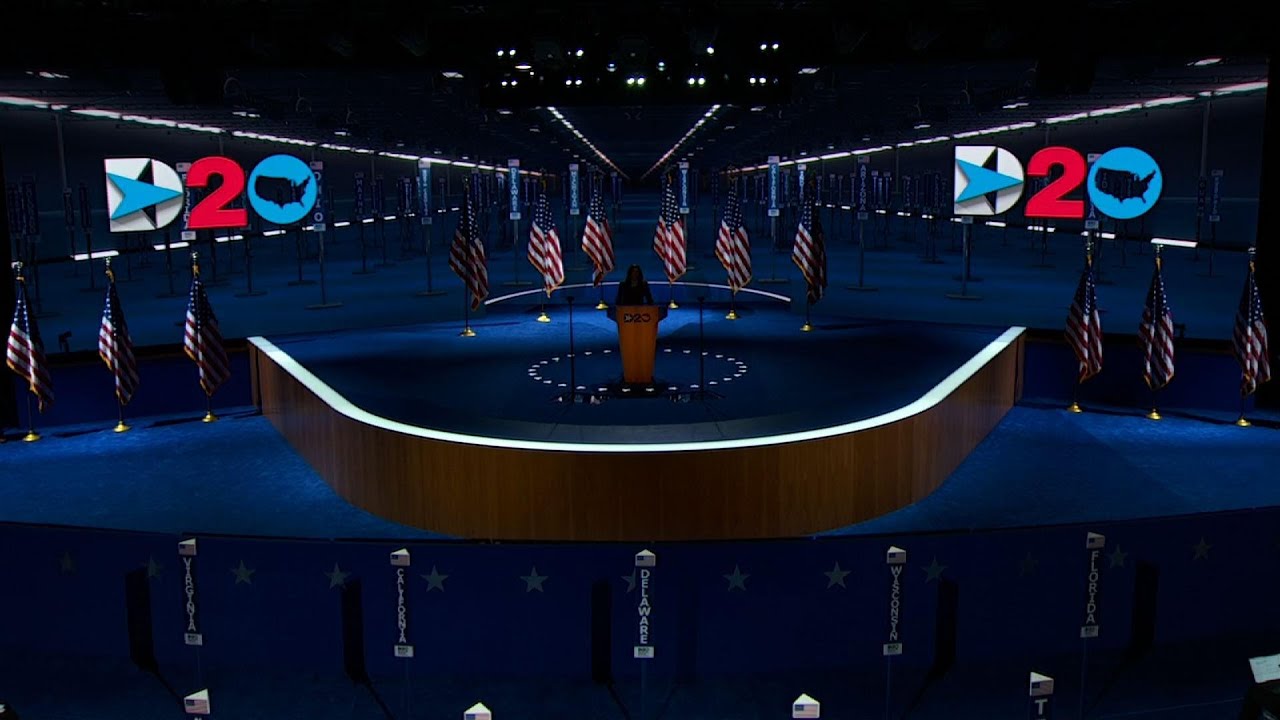 The night’s keynote address was the speech of a lifetime for Biden, who at 77 would be the oldest president ever elected if he defeats Trump in November. But his convention leaned on a younger generation earlier in the night to help energize his sprawling coalition.

Tammy Duckworth, an Illinois senator who lost both legs in Iraq and is raising two young children, said Biden has “common decency.”

Cory Booker, only the ninth African American senator in U.S. history, said Biden believes in the dignity of all working Americans.

And Pete Buttigieg, a 38-year-old openly gay military veteran from Indiana, noted that Biden came out in favor of same-sex marriage as vice president even before President Barack Obama did.

“Joe Biden is right, this is a contest for the soul of the nation. And to me that contest is not between good Americans and evil Americans,” Buttigieg said. “It’s the struggle to call out what is good for every American.”

Above all, Biden was focusing on uniting the nation as Americans grapple with the long and fearful health crisis, the related economic devastation, a national awakening on racial justice — and Trump, who stirs heated emotions from all sides.

Biden’s positive focus Thursday night marked a break from the dire warnings offered by former President Obama and others the night before. The 44th president of the United States warned that American democracy itself could falter if Trump is reelected, while Biden’s running mate, Kamala Harris, the 55-year-old California senator and the daughter of Jamaican and Indian immigrants, addressed race problems in a way Biden could not.

Throughout their convention, the Democrats have summoned a collective urgency about the dangers of Trump as president. In 2016, they dismissed and sometimes trivialized him. In the days leading up to Biden’s acceptance speech, they cast him as an existential threat to the country.

Beyond Biden’s highly anticipated speech, Thursday’s program was designed to highlight the diversity of the Democratic Party and the nation he hopes to lead.

“We know how important it is that we elect real leaders like Joe Biden and Kamala Harris, people of honor and integrity, who hold justice close to their hearts and believe that the lives of my four black children matter,” Lance Bottoms said. She spoke ahead of a tribute to the late John Lewis, the Georgia congressman and civil rights leader who devoted much of his life to ensuring African Americans are able to vote.

Biden’s Democratic Party has sought this week to put forward a cohesive vision of values and policy priorities, highlighting efforts to combat climate change, tighten gun laws and embrace a humane immigration policy. They have drawn a sharp contrast with Trump’s policies and personality, portraying him as cruel, self-centered and woefully unprepared to manage virtually any of the nation’s mounting crises and policy challenges.

Voting was a prime focus of the convention on Thursday as it has been all week. Democrats fear that the pandemic — and the Trump administration — may make it difficult for voters to cast ballots in person or by mail.

Comedian Sarah Cooper, a favorite of many Democrats for her videos lip syncing Trump’s speeches, put it bluntly: “Donald Trump doesn’t want any of us to vote because he knows he can’t win fair and square.”

Biden’s call for unity comes as some strategists worry that Democrats cannot retake the White House simply by tearing Trump down; Biden needs to give his sprawling coalition something to vote for. That’s easier said than done in a modern Democratic Party made up of disparate factions that span generation, race and ideology.

For that reason, Thursday’s program, like much of the convention, emphasized Biden’s personal values like decency, honesty and empathy more than any single policy proposal or achievement.

The pandemic has also forced Biden’s team to abandon the typical pageantry and rely instead on a highly-produced, all-virtual affair that has failed to draw the same television ratings as past conventions.

The silence was noticeable Wednesday night, for example, as Harris took the stage to make history in a cavernous hall inside the Chase Center in downtown Wilmington. She was flanked by American flags but no family, and her audience consisted of a few dozen reporters and photographers.

It’s Trump’s turn next. The Republican president, who abandoned plans to host his convention in North Carolina and in Florida, is expected to break tradition and accept his nomination from the White House lawn next week.

In the meantime, he’s seeking to take attention from Biden. Trump was continuing this week’s swing-state tour on Thursday with a stop near Biden’s birthplace of Scranton, Pennsylvani a. While he is trying to stay on offense, the president has faced a series distractions of his own this week, many of his own making.