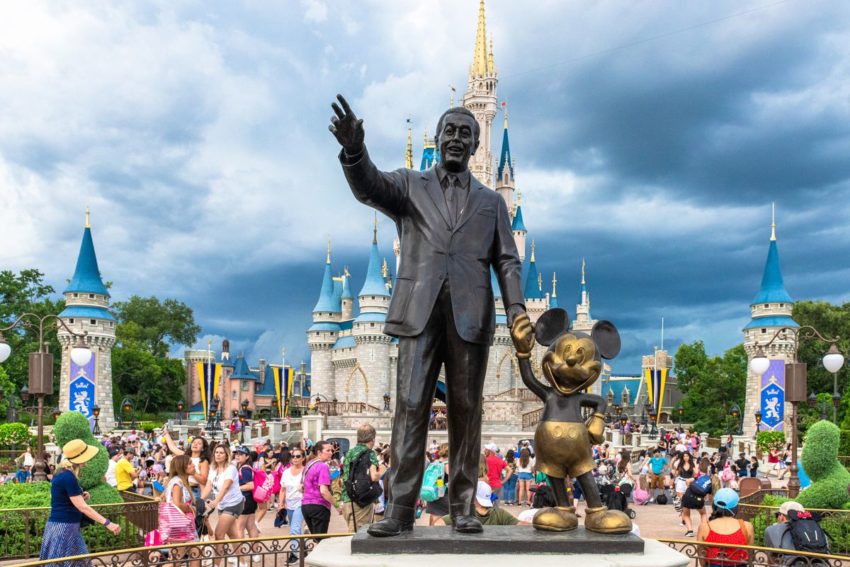 The Walt Disney Company turned franchises like Marvel and “Star Wars” into the biggest media business in the world, and last fall it was putting the finishing touches on the image of a storied character: its chief executive, Bob Iger.

In late September, Mr. Iger, 69, published “The Ride of a Lifetime,” an engaging work of self-hagiography. The handsome executive, who seriously considered running for president this year, spent the next month on the kind of media tour that Disney is known for: he reveled in the successful start of a streaming service that immediately rivaled Netflix, was hailed as “businessperson of the year” by Time and described as “Hollywood’s nicest C.E.O.” in an article in the The Times by Maureen Dowd. Even his friends wondered if the soft-focus Instagram ads produced for his MasterClass on leadership were a bit much.

It all went so well that Mr. Iger decided it was time to do something he had postponed four times since 2013: retire as C.E.O.

In early December, Disney executives say, he told his board that he was ready to leave. Around that time, a handful of people in Wuhan, China, began developing mysterious coughs.

At the end of January, a few days after Disney was forced to close its Shanghai theme park as the coronavirus spread, Mr. Iger and the board stuck with their plan, agreeing that he would step back to become executive chairman and that the low-profile head of the parks and cruise business, Bob Chapek, would take over immediately as chief executive. They finalized the arrangement even as the stock market began to shudder. And on Feb. 25, they shocked Hollywood with the news that Mr. Iger’s 15-year run had ended.

The seemingly abrupt announcement prompted intense speculation about the reasons for Mr. Iger’s exit. “Sex or health?” one media executive who knows him texted another that night. Two weeks later, a different question emerged: Had Mr. Iger, with his deep ties to China and legendary timing, seen the coronavirus about to devastate his global realm? Did he get out just in time?

Mr. Iger, who has always carefully managed his image, told me in an email, there was no more than met the eye.

“No surprises … nothing hidden … nothing different or odd to speculate about ….,” he wrote, ellipses and all.

In fact, people close to Mr. Iger and the company said in interviews that the real question wasn’t whether he saw the crisis coming — but whether his focus on burnishing his own legacy and assuring a smooth succession left him distracted as the threats to the business grew. No big media company is more dependent on its customers’ social and physical proximity than Disney, with its theme parks and cruise lines. Few have been hit harder by the pandemic.

And now, Mr. Iger who had already postponed retirement plans four times since 2013, has effectively returned to running the company. After a few weeks of letting Mr. Chapek take charge, Mr. Iger smoothly reasserted control, BlueJeans video call by BlueJeans video call. (Disney does not use Zoom for its meetings for security reasons.)

The new, nominal chief executive is referred to, almost kindergarten style, as “Bob C,” while Mr. Iger is still just “Bob.” And his title is “executive chairman” — emphasis on the first word.

Mr. Iger is now intensely focused on remaking a company that will emerge, he believes, deeply changed by the crisis. The sketch he has drawn for associates offers a glimpse at the post-pandemic future: It’s a Disney with fewer employees, leading the new and uncertain business of how to gather people safely for entertainment.

“It’s a matter of great good fortune that he didn’t just leave,” said Richard Plepler, the former HBO chief. “This is a moment where people first and foremost are looking to an example of leadership that has proved itself over an extended period of time — and Bob personifies that.”

The story of the Walt Disney Company since Mr. Iger’s predecessor, Michael Eisner, took it over in 1984 is one of astonishing growth that has become the model for the modern, global media business. The company turned its tatty icons like Mickey Mouse into cash cows. Mr. Iger has spent more than 40 years working for companies that are now part of Disney, and has earned his reputation through bold acquisitions. He bought Pixar, then Marvel, then Lucasfilms, for single-digit billions, and quickly created many more billions in value with them. Mr. Iger had the greatest job on earth, ruling not just a company but a “nation-state,” as California’s governor, Gavin Newsom, described Disney recently.

But Disney’s much-imitated model was almost perfectly exposed to the pandemic. The shift from on-screen entertainment into in-person experiences helped Disney become the biggest media company in the world. But those business have been impossible to protect from the pandemic. The company’s largest division brought in more than $26 billion in the year ending last June by extending its brands to cruise ships and theme parks. Those are all shuttered now. It has three new cruise ships under construction in Germany, their futures unclear. The jewel in its second largest division, television, is ESPN, which in a sports-less world is now broadcasting athletes playing video games. The third group, studio, had expected to bring in most of its revenue from movie openings in theaters, which are now closed.

There has been a glimmer of good news in the introduction of Disney+. The company’s troubled share price jumped about 7 percent in after-hours trading last Wednesday on the news that the streaming service had attracted 50 million subscribers. But the project is still an investment, years away from generating revenue that could replace a big movie opening in theaters. And the service is desperate for new content — at a time when television and film production has ground to a halt.

This all means the company is losing as much as $30 million or more a day, the media industry analyst Hal Vogel estimated in an interview. The company borrowed $6 billion at the end of March, a sign both of its desperate plight and lenders’ confidence that it could rebound.

In an emergency like this, Mr. Iger said, he had no choice but to abandon his plan to pull back.

“A crisis of this magnitude, and its impact on Disney, would necessarily result in my actively helping Bob [Chapek] and the company contend with it, particularly since I ran the company for 15 years!” he said in his email.

That realization appears to have hit just after the company’s March 11 annual shareholder gathering in Raleigh, N.C., which served as Mr. Chapek’s debut and was staged as a carefully scripted handoff.

“I’ve watched Bob [Iger] lead this company to amazing new heights, and I’ve learned an enormous amount from that experience. I feel incredibly fortunate to be able to work closely with him during this transition,” Mr. Chapek said at the meeting. (A Disney spokeswoman declined to make Mr. Chapek available for an interview.)

The men flew from there to Walt Disney World in Orlando, Fla., to meet executives worried about the effect of social distancing on their business; they announced the park’s closing the next day. Then, they flew back to Los Angeles and on the way, said a person familiar with their conversation, they discussed the depth of the crisis. Mr. Iger made clear that he would remain closely involved.

The next day, March 13, was their last in the office. In early April, Mr. Chapek sent a bleak internal email announcing a wave of furloughs. He pushed immediate cuts and freezes on everything from development budgets to contractors’ pay.

The company employed 223,000 as of last summer, and won’t say how many workers are furloughed, but the numbers are huge. It includes more than 30,000 workers  in the California resort business alone, according to the president of Workers United Local 50 that represents some of those workers, Chris Duarte. Another 43,000 workers in Florida will be furloughed, the company confirmed on Sunday. All the workers will keep their benefits, but their last paychecks come April 19.

The mood at Disney is “dire,” said a person who has done projects with the company. “They’re covering the mirrors and ripping clothes.”

Mr. Iger, meanwhile, is trying to figure out what the company will look like after the crisis. One central challenge is to establish best practices for the company and the industry on how to bring people back to the parks and rides while avoiding the virus’s spread — using measures like taking visitors’ temperatures.

Mr. Iger also sees this as a moment, he has told associates, to look across the business and permanently change how it operates. He’s told them that he anticipates ending expensive old-school television practices like advertising upfronts and producing pilots for programs that may never air. Disney is also likely to reopen with less office space. He’s also told two people that he anticipated the company having fewer employees. (Mr. Iger said in an email on Sunday evening that he had “no recollection of ever having said” that he expected a smaller work force. “Regardless, any decision about staff reductions will be made by my successor and not me,” he added.)

Mr. Iger’s own narrative had been written to a neat conclusion. Now, his legacy will probably be defined in the unexpected sequel of one of the great American companies fighting for its life.

And Disney’s endlessly troublesome question of succession — which had finally, for a couple of weeks, seemed settled — may be open again. One person close to the company said Mr. Iger assured Mr. Chapek that the extraordinary circumstances would be taken into consideration in the board’s evaluation of Mr. Chapek’s performance. But in reality, two hard, unpredictable years will determine if he can hold the job. Two other executives who were passed over for Mr. Chapek — Kevin Mayer and Peter Rice — remain at the company. Nobody knows when Americans will go to the movies again, much less get on cruise ships.

And nobody knows when — or whether — Mr. Iger will have another moment to leave on top.