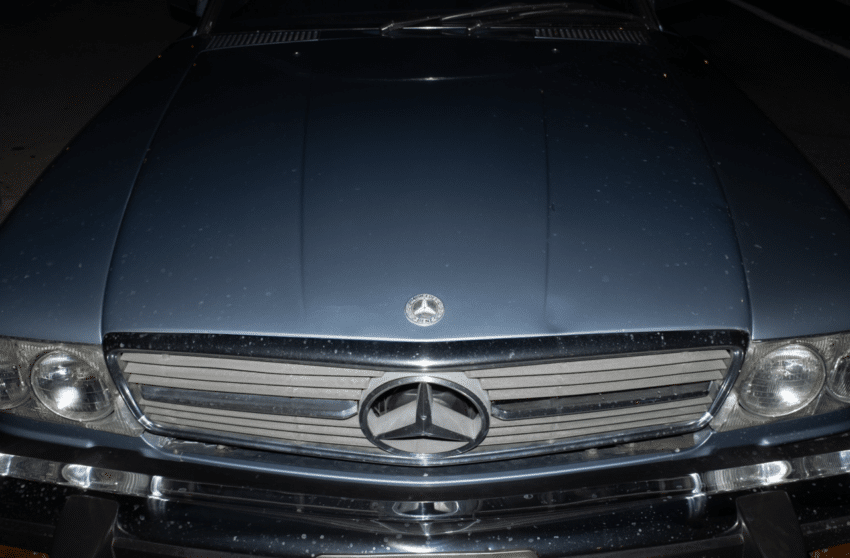 A record-breaking $1.9 million Porsche sale isn’t the only big news from Bring a Trailer these days. In 2021 the online car auction site sold $828.7 million worth of cars, a 108% gain over the $398 million it sold in 2020 — and a full quarter-billion dollars ahead of its closest live-auction-house competitor.

The news soundly beats the $578 million in total sales Mecum Auctions reported Dec. 28. It’s more than double the $407 million in total auction sales RM Sotheby’s reported for 2021. Further down the list, Barrett-Jackson confirmed annual sales of $191 million for 2021 while Gooding & Co. raked in $150 million. A representative for Bonhams did not respond to a request for comment.

“Big auctions will always have a business. They put on a big show,” says Bring a Trailer President and co-founder Randy Nonnenberg. “But people are finding that we are a highly effective way to [buy and sell cars] if you want to do it in a more personalized, streamlined way.”

Online auctions eclipsed live auctions for the first time ever in 2021, with 20,000 cars sold online versus 16,000 cars sold live across North America, according to data from the classic car insurer and data firm Hagerty. Online car sales across the board were up 107% year over year, moving from $492.5 million sold in 2020 to $1.02 billion sold in 2021, said Hagerty’s Kevin Fisher.

“Online and live auctions were on fire last year,” Fisher says. The recent Porsche Carrera sale represents another threshold crossed in the popularity of such online sales, he added via email about the trend.

Bring a Trailer’s jump indicates a major shift for the collectible and vintage car market, the pinnacle of which has traditionally been the Champagne-fueled auctions in white tents overseen by men in suits with lofty accents: Pebble Beach, Amelia Island, Scottsdale, Paris and Lake Como. Last year the five major live auction houses sold a total of $343 million worth of cars at Pebble alone. Moving online removes the middle men in an inherently opaque industry cloaked by backdoor deals, insider favors and clubby agreements between power brokers.

Buying on Bring a Trailer, or BAT, is simple. It’s like eBay: Those who want to place a bid must register with the site and provide a credit card number. Whoever has the highest bid when the seven-day countdown timer hits zero wins the vehicle and pays a 5% buyer’s fee, capped at $5,000 — significantly lower than the double-digit percentages required from sellers and buyers at traditional auction houses. Sellers pay a $99 flat rate to list their cars.

Another draw, especially for significant cars of high value, is easier anonymity for both the buyer and seller. Online, everyone uses pseudonyms, a big change from the sometimes all-too-public scene at live auctions. Auction houses do facilitate private sales of course — last year RM Sotheby’s did an additional $150 million worth of private deals, more than doubling the sum from 2020 — but that discreet service, which is sometimes called “private treaty sales,” does not provide the bulk of the business.

“There is a whole group of people who want to trade things quietly and don’t want their cars to be sold at live auction,” says Stephen Serio, who procures seven-figure cars for ultrahigh net worth clients for a living. “They don’t want people to know their business. So the auction world already lost a section of people who want to remain under the radar, and when you add instant gratification? The dynamic has changed.”

Indicators had emerged even before the coronavirus pandemic that the stronghold traditional auction houses had on blue-chip car collecting was weakening. Attendance and sales numbers at live auctions had plateaued as sales of big cars started to drift online, with houses like RM Sotheby’s reducing live sale dates at some of their annual stops across the globe.

“I remember in auctions when a car would go over a million dollars, and the crowd would go crazy,” Serio says. “But in the last five years I remember being in half-filled rooms where cars are being sold for $10 million, and the room has this laissez faire attitude: ‘Oh, it’s just another $10 million dollar car.’”

In 2014, its first year of offering vehicles to the public, BAT listed 450 of them for an average sale price of $21,000 and a sell-through rate of 72%. By 2019 it was counting more than 200,000 registered users; right now that number is 709,000, Nonnenberg says. Wait times for simply listing a car on the site can extend into months. Hearst Autos acquired the brand in 2020 for an undisclosed price.

That the COVID-19 pandemic required auction houses to switch to holding online auctions rather than live sales proved to some of the world’s most important car collectors that they actually didn’t need to attend live auctions at all. Though there is prestige that can come from showing a car at the Pebble Beach Concours, or selling at auction there, what sellers of significant cars truly want is a benchmark price, regardless of the selling platform.

It’s worth noting that the bulk of BAT sales are still sub-six-figure vehicles. It’s a high-volume, lower-priced pool akin to that sold by Mecum Auctions, and it’s the key to the online auction house’s success. The average sale price of a vehicle on BAT in 2021 was $46,435, up from $34,996 the previous year. Having so many of those sales builds community, enthusiasm, and is the real lift for the bottom line.

High-end or low, the instant gratification, deep-dive photo and video coverage, and lively online engagement from commenters (nearly 2 million comments posted on listings in 2021) is a difficult model to beat. Especially when buyers are spending more time at home and less time traveling than ever before.

“In the old school way you’d wait for a printed catalog and then it would post online,” Serio says. “A catalog with 10 pictures and some verbiage is dead in the water compared with 300 pictures, a couple of videos, and the ability to do something instantly.”

If a client truly wants to see and feel a significant car listed on BAT, that person will simply arrange a trip to go see it before the auction ends, Serio adds. Sales for special cars can extend to 21 days, which allows more travel time — as does the inevitable fact that BAT and the seller will also talk up the car among their network of buddies and prospective buyers in the weeks before the listing is published

Last year, Serio hardly needed to be at a live auction at all — more than 80% of the cars he sold all year went on BAT. He doesn’t see that changing. This year the Boston native will be attending a road rally drive with clients in North Carolina during the auctions in Scottsdale — skipping the live sales in Arizona for the first time in 25 years.

“Those guys [on the drive] are paying $15,000 each for five days to go to these wonderful resorts in North Carolina and Tennessee, and inevitably the conversation will turn to, ‘What do you want next?’ and that’s hard to do in a room full of everyone else in the car world,” Serio says. “The live auction model for me is kind of dead.”

With such public success in the online used-car space, it’s no surprise that brands from Hemmings and Bonhams to AutoHunter have started cropping up with their own online offerings. The likely closest online competitor to BAT, Collecting Cars, was founded in England in 2018. It reported $183 million in sales for 2021.

Nonnenberg says he maintains a list of at least 29 similar car auction websites. Not that he’s bothered.

“Every other week another one throws their hat in the ring,” he says. “At first we were like, ‘Uh oh, others are going to do what we are doing.’ But now we just see that it validates the model, and we have a 5½-year head start.”

This story was originally published at bloomberg.com. Read it here.