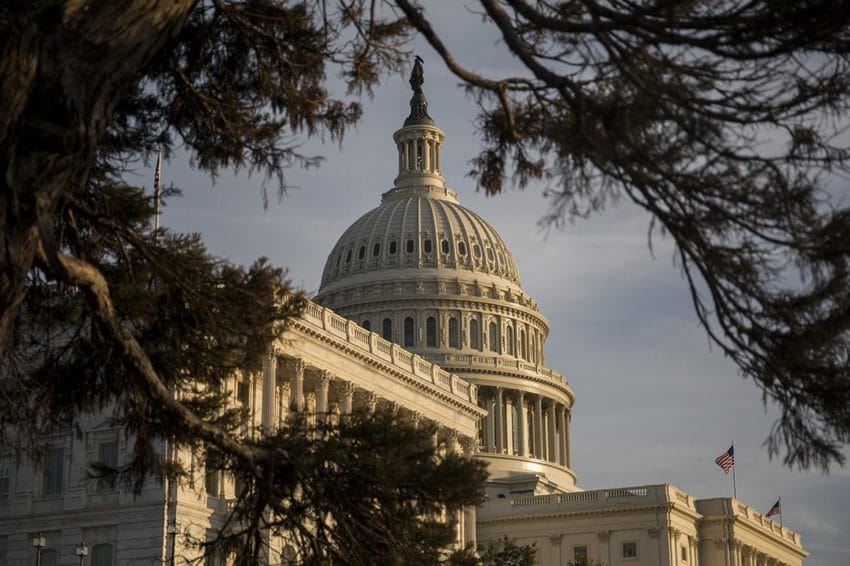 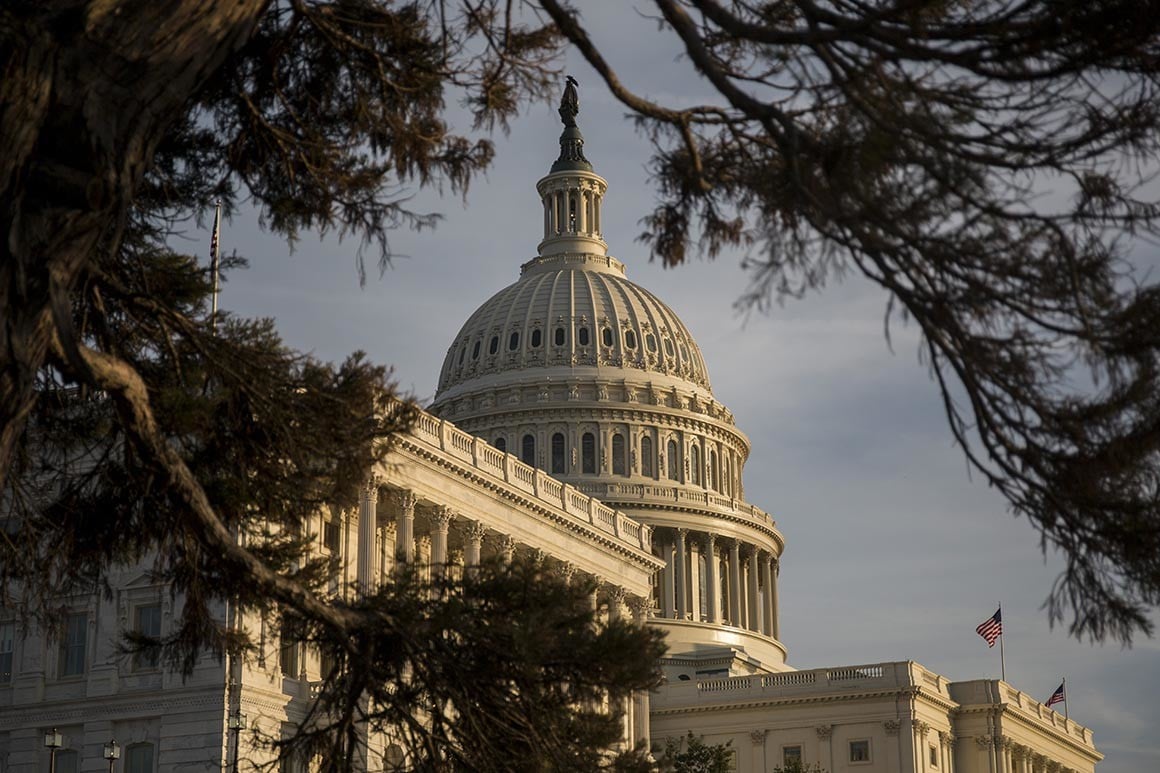 Democratic and Republican negotiators have reached “an agreement in principle” on a spending bill that would avert a government shutdown.

“We reached an agreement in principle between us on all the homeland security and the other six bills,” said Sen. Richard Shelby (R-Ala.).

Democratic and Republican negotiators said they were optimistic about striking a broad spending deal as soon as Monday night as congressional dealmakers sought to avoid revisiting another government shutdown at the end of this week.

Amid a breakneck series of meetings aimed at funding a quarter of the government and providing a bipartisan border security deal, the top spending committee lawmakers said they would reconvene late into the night to try to get out of a battle over President Donald Trump’s border wall that has sucked up two months of Congress’s energy and provoked a 35-day shutdown.

Sens. Richard Shelby (R-Ala.) and Patrick Leahy (D-Vt.) stood next to each other after a 6 p.m. meeting and said they were hopeful they could clinch a deal by night’s end. They planned to meet again at 8 p.m

“We’re trying to show some unity,” Leahy told reporters. He said his goal was to “wrap this up tonight, do it tonight and not tomorrow.”

“We’re talking about serious, serious things and hopefully making some progress,” Shelby agreed. “At the moment, I think the odds have improved.”

Shelby said the senators and their House counterparts were committed to finishing a spending deal not only on the Department of Homeland Security but also six other funding components touching everything from the Smithsonian museums to the State Department.

Negotiations over border security and avoiding a second government shutdown fell apart over the weekend, as Republicans rejected Democratic efforts to cap the number of detention beds that Immigration and Customs Enforcement can use for enforcement in interior regions of the U.S. At issue are detention resources for undocumented immigrants already in the United States, which Democrats want to impose new restrictions on to prioritize enforcement on violent criminals.

One Republican senator said that Democrats have privately signaled they don’t believe their position is tenable on the detention beds and that they were showing flexibility now that the fight has taken a turn away from the border wall.

A Democratic source close to the talks said Democrats were willing to back off their demands for a cap on detention beds if Republicans agree to other budgetary restrictions on interior enforcement. Democrats feel that backing off their cap demands would be a significant concession, but still want a deal and want Republicans to resume negotiations with them.

“We just want to make sure that the administration actually has limits,” the source said. “Maybe we don’t have the cap but if they’re willing to move on the budget authority for beds, we’re probably willing to move a little more on barrier [funding].”

Negotiators hope to post-compromise legislation that funds the government and gives President Donald Trump new money for border security by Monday evening to meet the House Democratic majority’s new rules and allow passage of the legislation through the Senate by Friday evening, the new shutdown deadline.

Nearly everyone on Capitol Hill and in the Trump administration wants to avoid a shutdown, though negotiators said they can’t rule one out given the partisan divisions over border security. The lawmakers involved in the negotiations have been mostly mum on the details in order to preserve hopes of reaching a deal after a weekend of acrimony, said a second Republican senator briefed on the state of negotiations.

If Monday’s meeting produces no progress, Congress and the White House will need to assess fallback options to avoid another shutdown. And Trump may need to consider unilateral action if he wants to get border barrier funding and avoid a shutdown. But publicly, the president traded barbs with Democrats.

“The Democrats do not want us to detain, or send back, criminal aliens! This is a brand new demand. Crazy!” Trump tweeted on Monday as he prepared to head to El Paso, Texas, for a political rally. Democrats familiar with the negotiations said the demand was not new and has been discussed for a week or more.

The two sides are also still far apart on Trump’s demands for a border wall, with Democrats resisting efforts to fund new fencing but open to fixing existing barriers. The numbers discussed for border funding range from $1-2 billion, far short of Trump’s ask of $5.7 billion.

House Democrats have begun preparing a stopgap spending bill for the Department of Homeland Security that could last all the way until September. Democrats discussed the idea on a conference call on Sunday afternoon, though no final decisions have been made, according to two aides briefed on the discussion. Speaker Nancy Pelosi was also on the call.

But even a continuing resolution for DHS could be thorny, as Democrats consider trying to block efforts from the Trump administration to shift money around within the federal government to fund Trump’s border wall. A January Democratic proposal included new restrictions on the administration’s ability to build the border wall with money in existing accounts.

Without any changes though, Democrats fear that any status-quo spending bill could still fail in the House. The new Democratic majority would be approving another $1.3 billion for fencing without any reduction in detention beds — which the White House has been pushing.

“It’s a tough sell,” another Democratic aide briefed on the talks said.

The other government departments that need funding are less contentious and could be approved more easily.