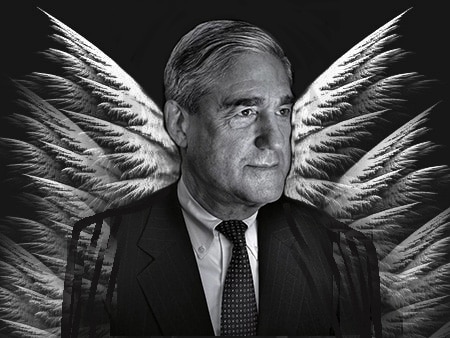 “BuzzFeed’s description of specific statements to the Special Counsel’s Office, and characterization of documents and testimony obtained by this office, regarding Michael Cohen’s Congressional testimony are not accurate,” Peter Carr, a spokesman for Mueller’s office, said.

The statement is remarkable in that Mueller’s team rarely issues statements in response to news stories. But BuzzFeed’s story sparked immense interest from Democrats, who called for renewed investigations and even suggested the allegations could be a basis for impeachment proceedings.

“Remember it was Buzzfeed that released the totally discredited ‘Dossier,’ paid for by Crooked Hillary Clinton and the Democrats (as opposition research), on which the entire Russian probe is based,” Trump late Friday night. “A very sad day for journalism, but a great day for our Country!” 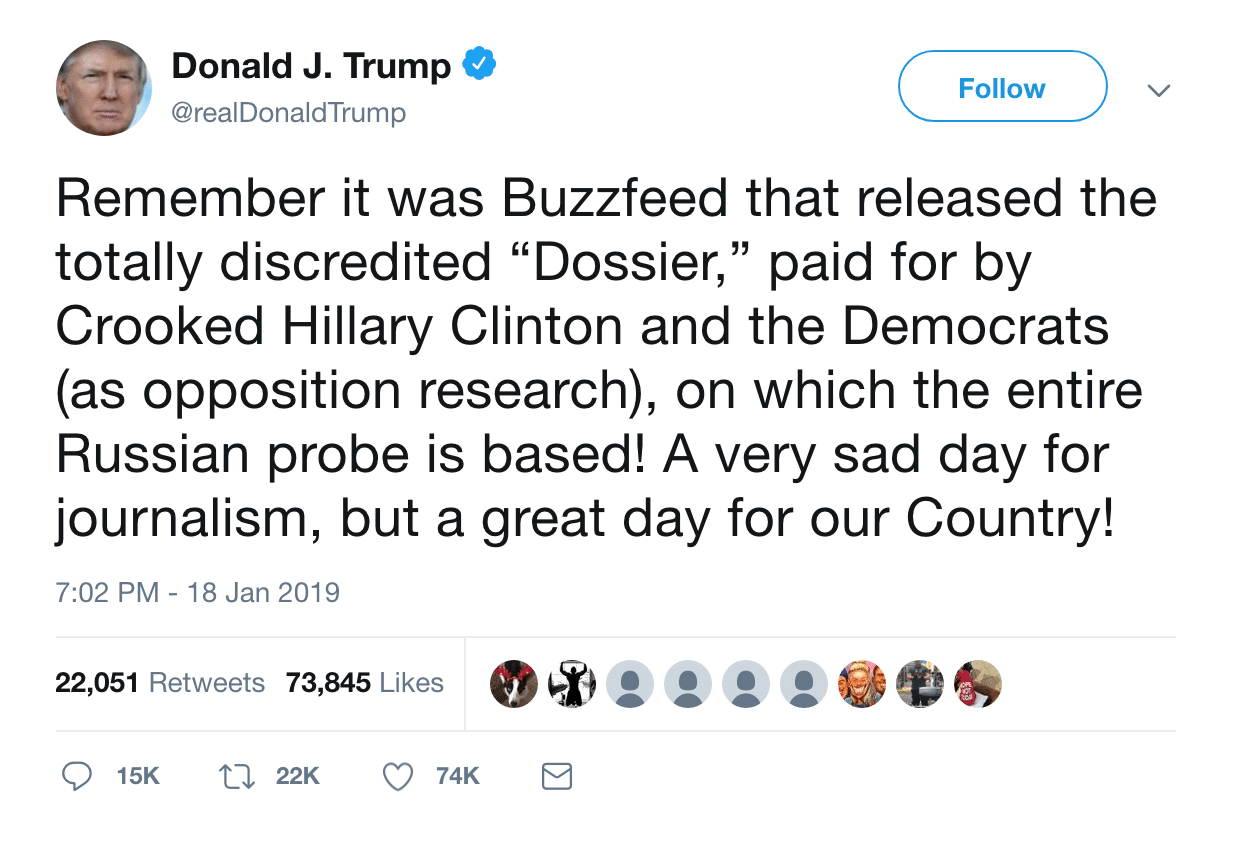 In a story published Thursday, BuzzFeed cited two unnamed federal law enforcement officials involved in an investigation on the matter who said Cohen acknowledged to Mueller’s office that he was instructed by Trump in 2017 to lie to Congress about the now-abandoned real estate deal to build a Trump Tower in Russia.

The report said Mueller’s office first learned of the directive from interviews with witnesses from the Trump Organization and internal company email, text messages, and documents.

The report, which was not been confirmed by Fox News, was immediately dismissed by President Trump’s legal team.

“Any suggestion – from any source – that the president counseled Michael Cohen to lie is categorically false. Michael Cohen is a convicted criminal and a liar,” Trump lawyer Rudy Giuliani said. “… Today’s claims are just more made-up lies born of Michael Cohen’s malice and desperation, in an effort to reduce his sentence.”

“I ask the press to take heed that their hysterical desire to destroy this President has gone too far,” he wrote in a tweet. “They pursued this without critical analysis all day.”

Earlier Friday, House Intelligence Committee Chairman Adam Schiff, D-Calif., whose committee is already investigating the president and his ties to Russia, called the allegations in the report “the most serious to date.”

“The allegation that the president of the United States may have suborned perjury before our committee in an effort to curtail the investigation and cover up his business dealings with Russia is among the most serious to date,” Schiff said in a statement. “We will do what’s necessary to find out if it’s true.”

Rep. Ted Lieu, D-Calif., said the House should begin to “establish a record” of whether Trump “committed high crimes,” repeatedly hinting on Twitter at the potential for impeachment proceedings.

“Based on the Buzzfeed report and numerous other articles showing @realDonaldTrump committed Obstruction of Justice and other possible felonies, it is time for the House Judiciary Committee to start holding hearings to establish a record of whether @POTUS committed high crimes,” Lieu tweeted.

Rep. Joaquin Castro, D-Texas, called for Trump to leave office or face impeachment if the report is accurate.

“If the @BuzzFeed story is true, President Trump must resign or be impeached,” he said.

The BuzzFeed report claimed Trump directed Cohen to lie in his congressional testimony, though according to court documents and the statements Cohen made publicly, he has acknowledged that his actions were taken out of “loyalty” to the president.

In November, Cohen pleaded guilty to lying to Congress about the Trump real estate project in Russia as part of Mueller’s investigation into Russian meddling and potential collusion with Trump campaign associates in the 2016 presidential election.

Cohen entered into a plea deal with the special counsel to cooperate on “any and all matters” deemed relevant. The maximum prison sentence for Cohen is five years, plus fines of up to $250,000.

In court in November, after entering his plea, Cohen acknowledged his work for Trump as counsel and adviser.

In a separate case brought by federal prosecutors in the Southern District of New York, Cohen pleaded guilty to breaking campaign finance laws by helping orchestrate payments to former Playboy model Karen McDougal and adult film star Stormy Daniels in exchange for their silence about alleged sexual encounters with the president years before he took office. Prosecutors and Cohen himself said the former Trump fixer orchestrated those payments at Trump’s direction.

Cohen is slated to appear for public testimony before the House Oversight and Government Reform Committee on Feb. 7.