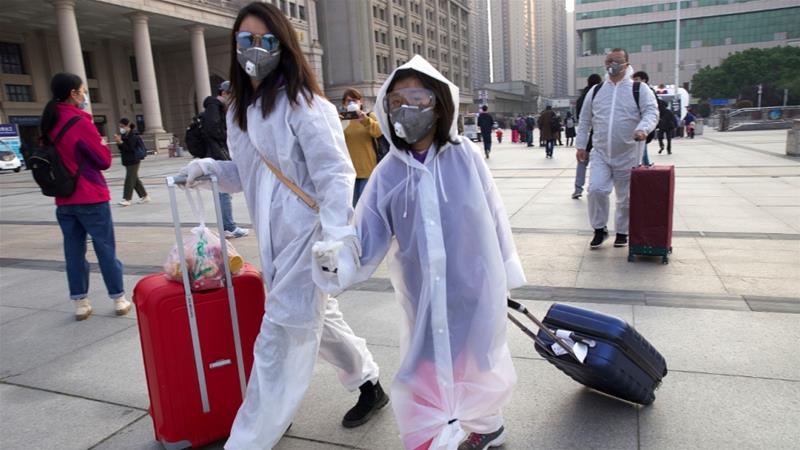 Roughly 65,000 people left the city by train and plane alone, within hours of the 11-week lockdown being lifted.

Wuhan began allowing people to leave on Wednesday for the first time since the central Chinese city was sealed off 76 days ago to contain the coronavirus that first emerged there late last year.

China took the drastic decision to cut off the city of 11 million people on January 23 after it became clear that the virus was highly contagious and potentially deadly.

The decision to lift the ban – albeit with travellers required to meet certain conditions – came despite fears of a second wave of infection if restrictions were eased too soon.

Within hours of the lifting of the ban, roughly 65,000 people had left the city by train and plane alone, according to the The Associated Press news agency news agency, quoting local media reports.

The first train to carry departing passengers out of the city left at 00:50 am on Wednesday (1650 GMT on Tuesday) and outbound highways were opened to traffic about the same time.

Roads, bridges and tunnels were also opened, allowing thousands of more to leave by car and bus, as long as they were able to show a mandatory smartphone application powered by a mix of data-tracking and government surveillance to indicate they were healthy and had not been in recent contact with anyone confirmed to have the virus.

Infections down to a trickle

About 80 percent of the official number of fatalities in China, or about 2,571, were recorded in Wuhan.

At its peak, the lockdown saw people forcibly confined to their homes and the transport and industrial hub resembled a ghost town with streets deserted except for police patrols and emergency vehicles.

The first vehicle leaves #Wuhan, as the hardest-hit city lifted its lockdown on April 8, reviving its hustle and bustle as one of the busiest hubs in #China. #coronavirus #Covid_19 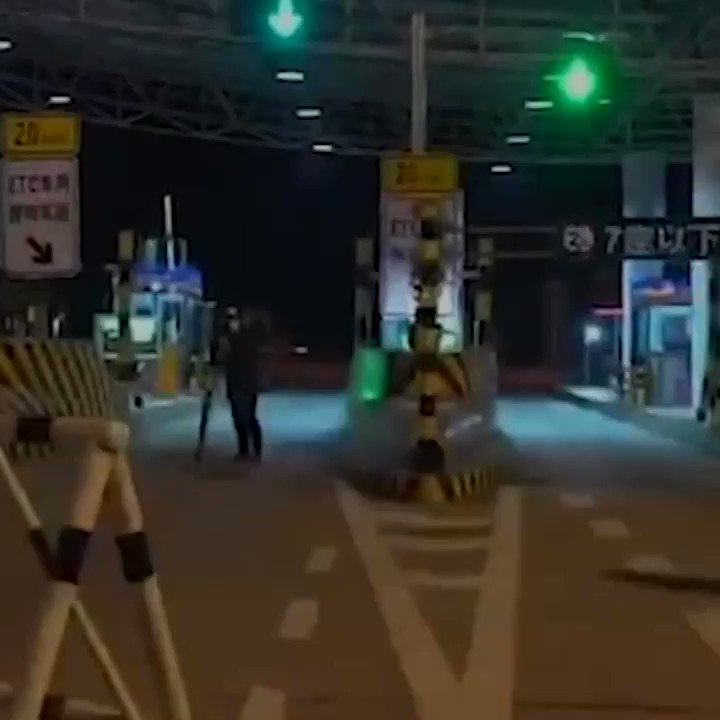 But such restrictions have eased in recent days as new infections dropped to a trickle.

Still, authorities are walking a fine line between allowing greater freedom of movement and economic activity while also guarding against a second wave of infection, with particular concern around imported cases and people who show no symptoms but can still pass on the virus.

Wuhan residents were still being urged not to leave their neighbourhoods, the city and even the province unless necessary, health officials said on Tuesday.

Many people remain fearful of catching the disease, with China reporting 137 new asymptomatic cases on April 7. 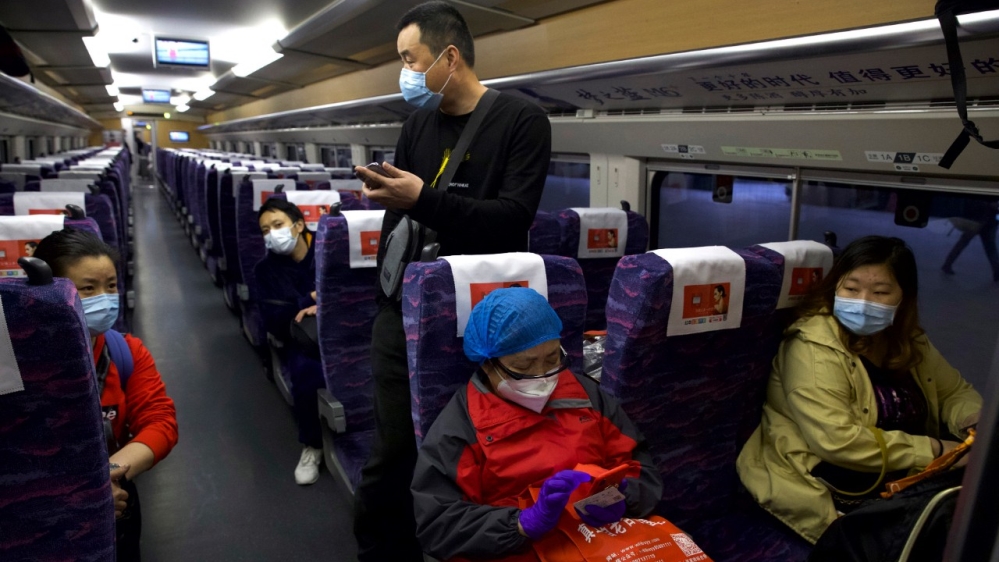 After 11 weeks of lockdown, the first train left on Wednesday morning from a re-opened Wuhan, the city where the virus first emerged late last year  [Ng Han Guan/AP]

“The number of asymptomatic patients has been slowly going up, I’m worried about this,” said Yang Chengjun, who was leaving Wuhan by train to get back to his design job in Fuzhou. He was wearing a knee-length raincoat and speaking through a mask.

‘Not the final victory’

Tall barriers continue to surround housing compounds in Wuhan and residents can only leave if they have a green health code or documents showing a valid reason.

Migrant worker Liu said she and her husband would still be careful about going outside even when they get home to Xiangyang city.

“My mood will be better but when I get back I still won’t go out too much,” she said.

Prevention measures such as wearing masks, temperature checks and limiting access to residential communities will remain in place in Wuhan.

In an editorial, the ruling Communist Party’s flagship newspaper People’s Daily warned against celebrating too soon.

“This day that people have long been looking forward to and it is right to be excited. However, this day does not mark the final victory,” the paper said.

China on Wednesday reported 62 new virus cases, 59 of them brought from outside the country and two additional deaths.

The country where the virus first emerged now has recorded 3,333 deaths and 81,802 total cases, with 1,190 people remaining in treatment, 189 of them in serious condition.

Another 83 suspected cases and 1,095 people who have tested positive but show no symptoms remain under isolation and monitoring.