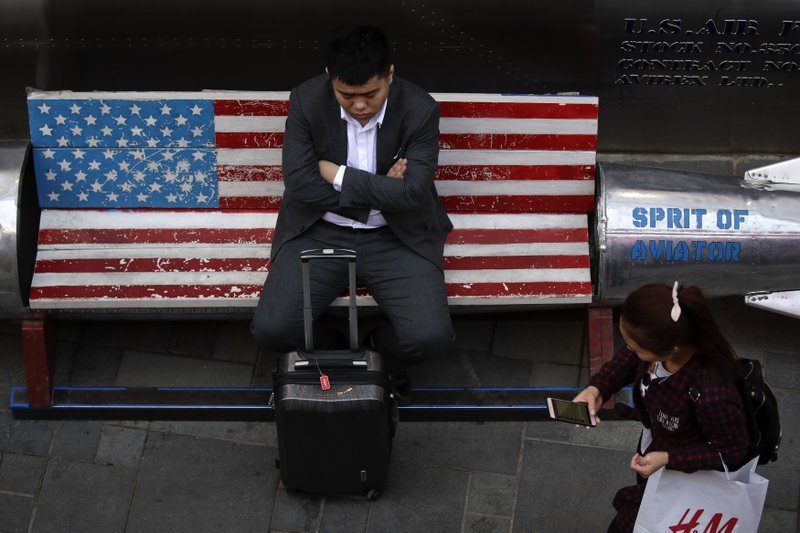 Investors and China watchers welcomed President Xi Jinping’s pledge Tuesday to open his country’s market wider to foreign competition, hoping it will ease a trade dispute with Washington that has unsettled financial markets and could jeopardize a global economic expansion.

Xi’s vow to cut Chinese auto tariffs, allow more competition in banking and better protect intellectual property calmed investors who have been on edge since the world’s two biggest economies last week announced plans to slap tariffs on $50 billion worth of each other’s products.

Stock markets rallied worldwide on optimism for relief from what has become the most high-stakes trade confrontation since World War II. The Dow Jones industrial average was up more than 400 points in early afternoon trading.

“This is a promising signal that there can be a path forward to address (America’s) concerns without a full-on trade war emerging,” said Stephen Ezell, vice president of global innovation policy at the Information Technology & Innovation Foundation, a think tank that has criticized both China’s aggressive trade practices and President Donald Trump’s confrontational response to them.

At the same time, Ezell and other longtime China observers cautioned that Beijing has promised in the past to open its market and curb hardball tactics to acquire foreign technology without following through on those pledges.

“This is positive, but we need to see action,” Ezell said.

Speaking at a business conference Tuesday, Xi didn’t directly mention either Trump or the trade standoff with the United States. He promised progress on areas that are U.S. priorities, including opening China’s banking industry and boosting imports to China. He did not, however, address some key irritants for Washington, including a requirement that foreign companies work through joint ventures that require them to give technology to potential local competitors.

Last week, the Trump administration unveiled plans to impose tariffs on 1,300 Chinese products, worth about $50 billion a year in imports to the United States. It characterized those tariffs as a penalty for Beijing’s forcing American companies to hand over technology to gain entry to China’s market.