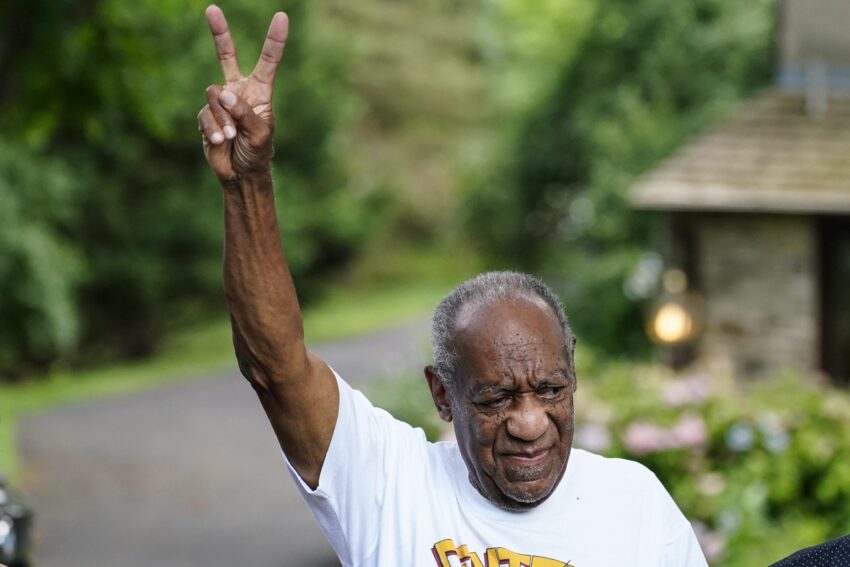 Reaction to Bill Cosby being freed from prison on Wednesday after Pennsylvania’s highest court overturned his sexual assault conviction ranged from outrage to cheers. Here are some of those voices:

– “Today’s devastating decision to overturn the conviction of a man who caused so much harm, pain, and emotional trauma to so many women is a travesty and an injustice,” TIME’S UP Foundation President Tina Tchen said in a statement. “It reminds us again of the struggle that the survivors of his predatory behavior and actions have endured to make their voice’s heard. The semblance of justice these women had in knowing Cosby was convicted has been completely erased with his release today.”

– “What happened to Cosby should never happen to any American in any social strata…the Constitution won today,” former prosecutor Bruce Castor said in an interview. Castor made a deal with Cosby’s attorneys in 2005 not to bring criminal charges and, as a result, he was unable to avoid testifying in a civil lawsuit brought against him by his accuser Andrea Constand.

– “Today’s majority decision regarding Bill Cosby is not only disappointing but of concern in that it may discourage those who seek justice for sexual assault in the criminal justice system from reporting or participating in the prosecution of the assailant or may force a victim to choose between filing either a criminal or civil action,” Andrea Constand said in a statement. Cosby was found guilty of drugging and molesting Constand in his home in 2004.

– “My heart especially goes out to those who bravely testified in both of his criminal cases,” lawyer Gloria Allred, who represented many of the women who testified against Cosby, said in a statement. “This was an important fight for justice and even though the court overturned the conviction on technical grounds, it did not vindicate Bill Cosby’s conduct and should not be interpreted as a statement or a finding that he did not engage in the acts of which he has been accused.”

“What we saw today was justice – justice for all Americans,” his spokesperson, Andrew Wyatt, told reporters. “Mr. Cosby’s conviction being overturned is for the world and all Americans who have been treated unfairly by the judicial system.”

– “FINALLY!!!! A terrible wrong is being righted- a miscarriage of justice is corrected!” actress Phylicia Rashad, best known for her role playing Cosby’s wife in the television sitcom “The Cosby Show,” wrote on Twitter.

– “THIS is why women do not come forward,” writer E. Jean Carroll, who has accused former President Donald Trump of raping her decades ago, wrote on Twitter above a news story about Cosby’s conviction being overturned. Trump denies the allegation.

– “We always thought that eventually this is where it would end up. It’s a good day for the Cosby family,” Brian Perry, one of Cosby’s attorneys, told reporters.

– “We are deeply disappointed in today’s ruling by the Pennsylvania Supreme Court, and by the message this decision sends to the brave survivors who came forward to seek justice for what Bill Cosby did to them. This is not justice,” Scott Berkowitz, president of RAINN (Rape, Abuse & Incest National Network), said in a statement.

– “I just really think it’s a slap in the face to all of the victims,” lawyer Lisa Bloom, who represented several of Cosby’s accusers, told CNN. She said she was “absolutely disgusted and shocked” by the court decision and accused prosecutors of making “a sweetheart” deal with Cosby.

– “I am furious to hear this news,” actress Amber Tamblyn, who has spoken publicly about being sexually assaulted, wrote on Twitter. “I personally know women who this man drugged and raped while unconscious. Shame on the court and this decision.”

– “My heart is with my sister survivors,” actress Rosanna Arquette, who has said she resisted unwanted sexual advances by Harvey Weinstein, wrote on Twitter. She said she was “heartbroken” by news of Cosby’s release. “We have work to do.”