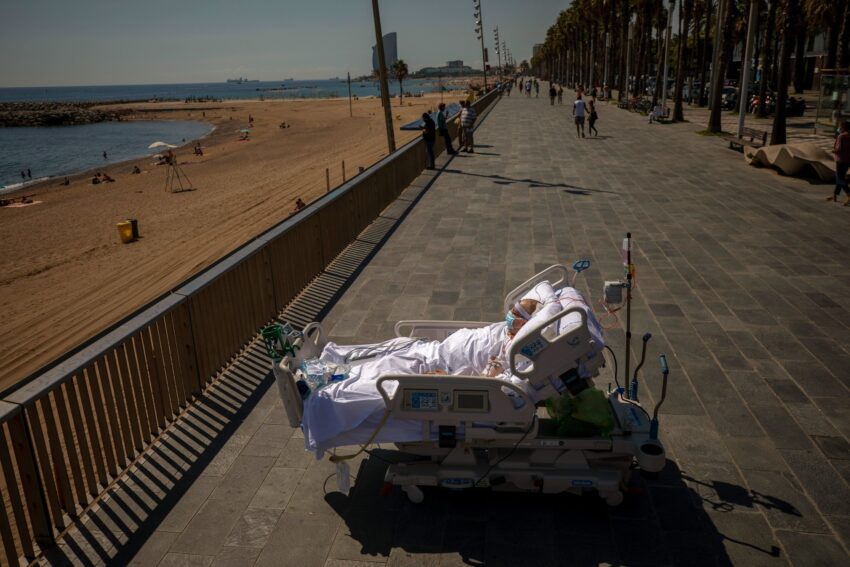 The first known U.S. inoculation against COVID-19 since the Food and Drug Administration authorized emergency use of a vaccine came just as the nation’s death toll surpassed 300,000 people.

Now, the most ambitious vaccine rollout in American history promises to end a crisis that has jammed hospitals, overwhelmed funeral homes and brought much of the nation to a standstill.

But a return to some semblance of normalcy remains many months away. Most Americans won’t be eligible for a vaccine until spring at the earliest, and even with widespread inoculations, many pandemic-era public health measures will remain in place.

About 145 sites across the country were expected to receive the vaccine Monday, and an additional 500 were set to receive shipments by midweek, according to Gen. Gustave Perna, the chief operating officer of Operation Warp Speed, which is overseeing the distribution. Pfizer expects to ship no more than 6.4 million doses this week.

Among the places receiving the initial batch was Kaiser Permanente Medical Center in Los Angeles, where five healthcare workers were the first people in L.A. County outside a clinical trial to get the shots made by Pfizer Inc. and BioNTech.

For more than a century, the constitutionally required convening of the nation’s electors in all 50 states’ capitals stood out mostly for how little attention or controversy it drew. Not so in 2020. But on Monday, the electoral college made President-elect Joe Biden’s victory official. For all of President Trump’s desperate efforts to cling to power, he had failed to hijack its convening.

In a televised speech Monday evening, after California’s 55 electoral votes had put him over the top, Biden marked the occasion as a symbolic win for democracy and a sign that the nation had rejected Trump’s efforts to overturn the election results. “In America, politicians don’t take power — the people grant it to them,” he said.

Though several Republicans finally acknowledged Biden’s victory, Trump’s attempts to subvert the election may still have a lasting effect.

As Times senior Washington correspondent David Lauter writes, Biden’s victory was oddly both robust and, because of the quirks of the electoral college, quite slim. With so much riding on so small a total, what could Trump have done to produce a different outcome? Look to March 18, when he briefly flirted with taking the pandemic seriously — despite his political instincts.

— Early in-person voting has begun in the runoff elections for Georgia’s two U.S. Senate seats. They’ve become a national referendum on which party controls Washington, as local issues are getting left behind.

— What happens to the Space Force in Biden’s administration? Trump championed its creation but has done little to ensure it has the funding, staffing and authority to succeed.

Failing Is Not an Option

Citing pandemic hardships, the Los Angeles Unified School District will defer any failing grades from this semester until at least Jan. 29, giving students additional time to avoid receiving an F in their classes.

Officials say grades have dramatically deteriorated, especially among Latino and Black students, English learners, students with disabilities, foster youth and those experiencing homelessness. A drop in grades has been mirrored across the U.S. in school systems that have closed campuses and relied on distance-only learning.

LAUSD’s move is the latest effort to avoid penalizing children who have been under increasing strain during the coronavirus surge. Among the problems faced by students are inconsistent or inadequate internet access and a poor learning environment at home. But some teachers and principals say the policy has undermined student motivation.