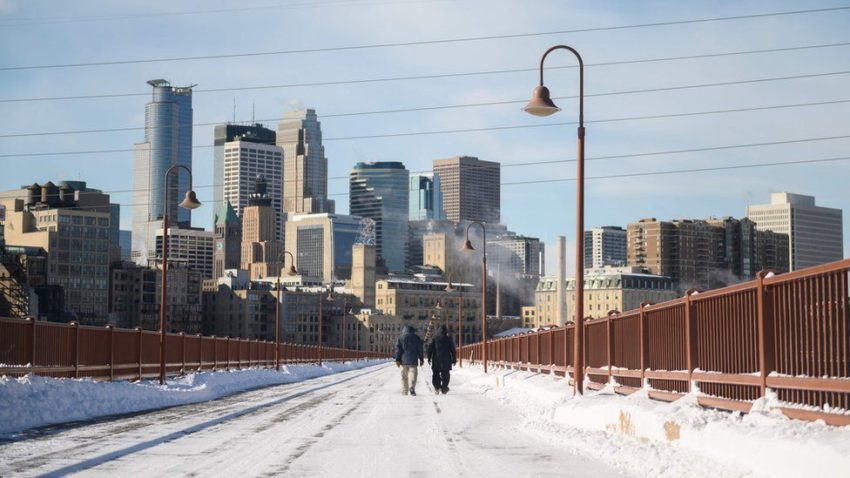 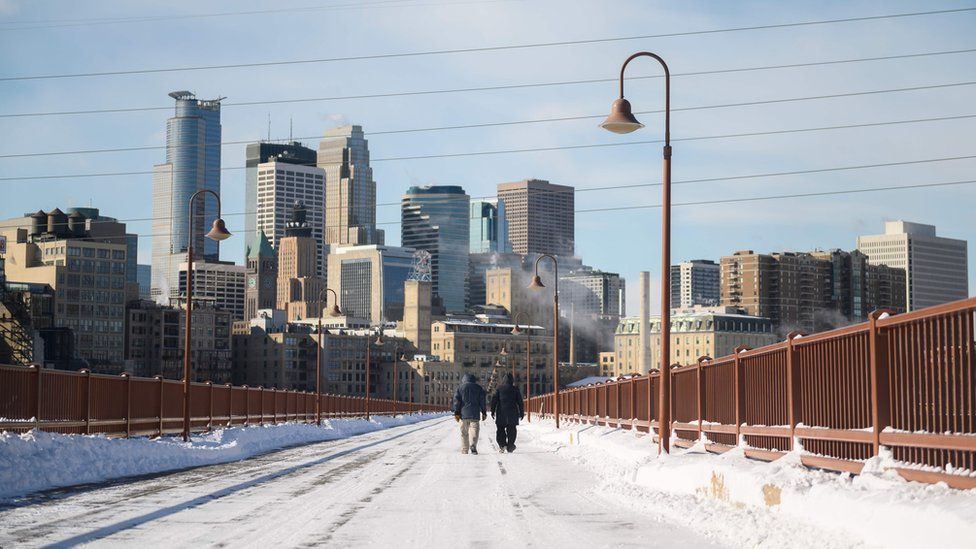 At least six people have been killed across several states as a result of the arctic weather. Temperatures have dropped as low as -30C (-22F) in Chicago and -37C in North Dakota. Freezing weather will chill 250 million Americans; 90 million will experience temperatures of -17C (0F) or below.

States of emergency have been declared in Midwestern Wisconsin, Michigan, and Illinois, and even in the Deep South states of Alabama and Mississippi. “This could possibly be history-making,” said Ricky Castro, a National Weather Service meteorologist in Illinois.

Multiple deaths have been confirmed across the Midwest, including a man killed by a snow plow in Chicago and another found frozen to death in a Milwaukee garage.

An 82-year-old man died from hypothermia outside his home in Pekin, Illinois, NBC News reported.

Roads made dangerous by ice and snow have also caused fatal accidents – a young couple died after a collision on snowy roads in northern Indiana.

How is it affecting daily life?

Hundreds of schools have been closed in the affected states.

At least 1,300 flights were grounded early on Wednesday, mainly out of Chicago O’Hare and Chicago Midway international airports, said FlightAware.com.

Amtrak, the US inter-city train operator, has canceled all rail services to and from Chicago on Wednesday.

The US Postal Service has called a halt to mail deliveries in parts of 10 states in the Great Plains and Midwest.

With wind chill, Chicago will feel more like -45C.

Even beer deliveries in Wisconsin have been hit by the cold, as brewers delay shipments over fears their beverages will freeze in the trucks.

The National Weather Service is warning that frostbite is possible within just 10 minutes of being outside in such extreme temperatures.

Chicago residents, long hardened to freezing winters, have been warned to expect an unusually deep and dangerous period of cold.

Chicago Mayor Rahm Emanuel has urged people not to go outside if possible. Dozens of “warming centers” have been opened for the estimated 80,000 rough sleepers there.

But at least one homeless Chicago man said he preferred to take his chances outdoors with the deadly weather.

Tony Neeley told the New York Times: “A lot of us don’t go to the shelters because of bedbugs. We don’t go because people steal from you.

“We don’t go because you can’t even really sleep in the shelter.”

The Illinois city’s landmarks, including the Lincoln Park Zoo, Field Museum, and Art Institute, are closed.

Those braving the cold may also struggle to warm their hands with a cup of coffee – La Colombe has shut all five of its Chicago cafes, as have other local shops.

Delivery pizza – a traditional bad-weather food in the US – has also been affected. Chicago’s famous deep-dish pizza chain Lou Malnati’s and other regional restaurants are closing early on Tuesday and Wednesday.

Chicago police say people are being robbed at gunpoint of their coats, especially those wearing Canada Goose jackets, which can cost as much as £900 ($1,100).

Weather officials in the state of Iowa have warned people to “avoid taking deep breaths and to minimize talking” if they go outside.

In North Dakota, cattle ranchers Joey Myers and Scott Bailey told Reuters news agency they planned on staying up with their animals during the cold snap to prevent fatalities.

Frigid weather could cause pregnant cows to deliver prematurely, the farmers said, and newborn calves cannot survive such conditions.

Meanwhile, police in McLean, Illinois, some 150 miles (240km) from Chicago, had some fun with the freeze, announcing that Elsa, from Disney movie Frozen, had been arrested over the extreme cold.

The bitterly cold conditions are the result of a spinning pool of cold air known as the polar vortex.

It normally circles the stratosphere over the North Pole, but its current has been disrupted and it is now moving south into the US.

Forecasters are attributing this to sudden warming above the North Pole, caused by a blast of hot air from Morocco last month.

How did President Trump inject controversy?

President Donald Trump, who has questioned whether humans are responsible for climate change, tweeted about the conditions.

“What the hell is going on with Global Waming [sic]?” he said. “Please come back fast, we need you!”