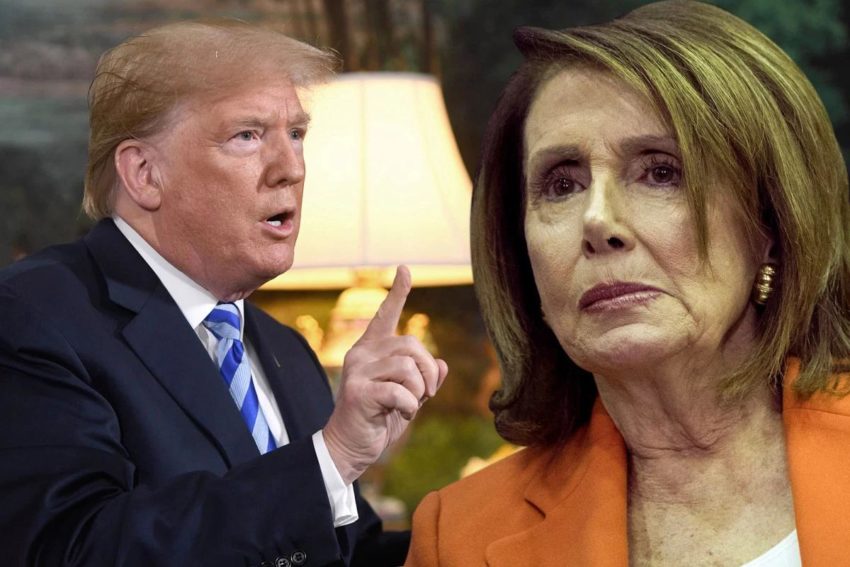 House Speaker Nancy Pelosi, D-Calif., on Tuesday didn’t rule out voting on a debt limit increase before the August recess, though she indicated the need to raise the discretionary spending caps for fiscal 2020 is still an integral part of the discussions.

“Let’s see how the conversations go,” she said. “We certainly do not want any thought of default on the part of the full faith and credit of the United States of America. That’s never been what we’ve been about, but there are those on the Republican side who have embraced that again and again.”

Estimates from the Treasury Department and the Congressional Budget Office have put the deadline for raising the debt limit, required for the U.S. to continue to be able to pay for all government services and benefits, sometime in the latter half of 2019, likely by early October.

Pelosi’s hard line in the debt limit talks has to do with the federal fiscal year deadline of Oct. 1, after which there could be another partial government shutdown if lawmakers and the White House can’t agree on appropriations levels. House Democrats’ view has been that their best leverage to extract higher nondefense spending is to merge the two deadlines so the administration has to play ball on appropriations in order to get the timely debt limit ceiling increase they want.

But the Bipartisan Policy Center, which tracks federal inflows and outlays carefully, said Monday the true “X date” could be moved up to early September given softer projections of corporate tax receipts. That was injecting a greater sense of urgency into the discussions as lawmakers trickled back into town from the July Fourth recess.

“I would hope that we would never think about default. We have not defaulted on our debt, to my understanding, since 1812,” Senate Appropriations Chairman Richard C. Shelby, R-Ala., said Tuesday. “If we have the thought of default or going right up to the brink of default, it sends shock waves through the financial markets of the world. We, the Congress and the administration, owe the American people a lot better than that.”

The discretionary spending talks have been stuck over House Democrats’ insistence on a nondefense number that is over $100 billion more than the White House wants. There’s been no apparent budging on Democrats’ adherence to about $647 billion in nondefense funds, which would be a 7 percent boost over the current year. The comparable White House figure is about 10 percent below fiscal 2019.

House Democrats have passed 10 out of the 12 fiscal 2020 appropriations bills at those levels, plus a $733 billion figure for defense, which is $17 billion shy of what the White House wants.

“The administration knows where we are on that. We’ll just wait to hear back from them,” Pelosi said, adding there were no further meetings planned between senior Capitol Hill and administration officials. Two earlier meetings that included the top congressional leaders of both parties and acting White House Chief of Staff Mick Mulvaney, acting budget chief Russell Vought and Treasury Secretary Steven Mnuchin haven’t borne any fruit.

Want insight more often? Get Roll Call in your inbox

At the most recent meeting, White House officials floated a one-year stopgap bill, continuing current funding levels, as well as a one-year suspension of the debt ceiling. But that proposal hasn’t gone anywhere, and GOP defense hawks in Congress have panned the potential impact on the military.

Senate Majority Whip John Thune, R-S.D., said Tuesday that it would be in “everybody’s best interest” for congressional leaders and the Trump administration to reach an agreement on spending levels and the debt limit before Congress leaves for its August recess.

“It would be nice if we could get a caps deal and the House Democrats would start showing a little bit of flexibility and be willing to work with the White House to agree on a number,” Thune said. “We could write a caps deal and attach the debt limit to it and get those issues resolved before August, which I think would be in everybody’s best interest.”

David Lerman contributed to this report.