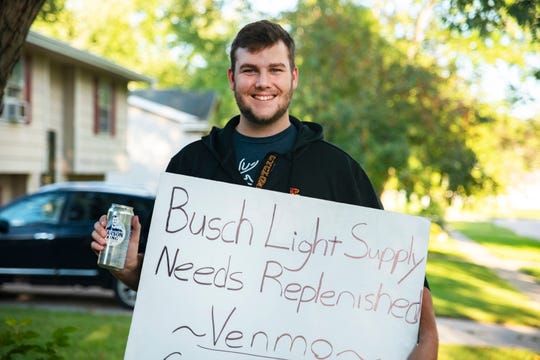 Calvin was found to have written multiple tweets with racist and homophobic language, as well as crude comments against the police.

The editor of the Register, Carol Hunter, wrote on Thursday that the paper would revise its “policies and practices, including those that did not uncover our own reporter’s past inappropriate social media postings.”

Calvin had published an article in the Register in which he profiled a 24-year-old Iowa man, Carson King, who raised $1 million after he was filmed holding a sign at a football game asking for money to buy beer.

King decided to donate that money to the University of Iowa’s Stead Children’s Hospital.

However, Calvin unearthed two racist jokes King had posted on Twitter while he was a 16 year old high school student. The beer company endorsed by King in his sign subsequently cut ties with him, and readers of the Register were enraged that the paper had dug up King’s tweets from almost a decade ago.

Once it was revealed that Calvin had a history of offensive tweets himself, the paper became the subject of ridicule on social media.