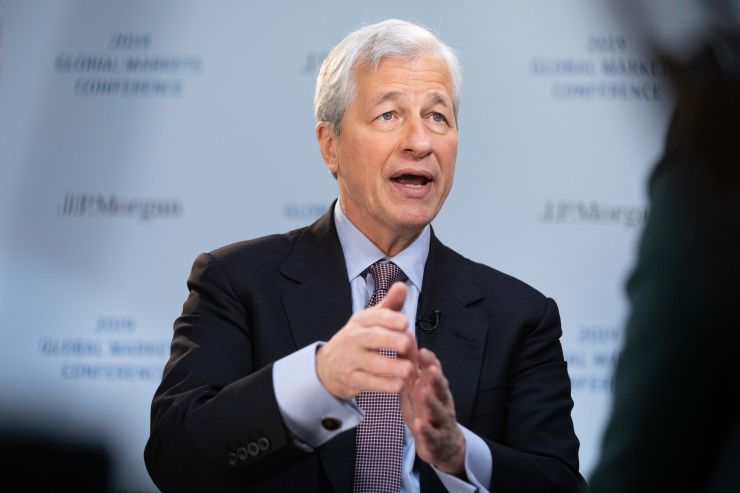 J.P. Morgan Chase CEO Jamie Dimon said that the U.S. economy has essentially been split into those benefiting from thriving corporations and those who are left behind.

“If you travel around to most neighborhoods where companies live, they’re doing fine,” Dimon said. “So we’ve kind of bifurcated the economy.“

Dimon was speaking at an event at the bank’s New York headquarters to unveil a new $350 million program to boost job prospects for people in under-served communities. The J.P. Morgan chairman and CEO has frequently voiced concern about the declining labor force participation rate and the shortfalls of the educational system in preparing people for emerging roles.

Making progress against these issues involves companies working with local organizations to provide skills outside of the university context, he said.

“Harvard and Princeton are not philanthropy,” Dimon said. “Helping these kids is.”

Powerball’s jackpot surges to $550 million. Here’s what the winner would pay in taxes

Here’s who stands to get rich from Lyft’s IPO