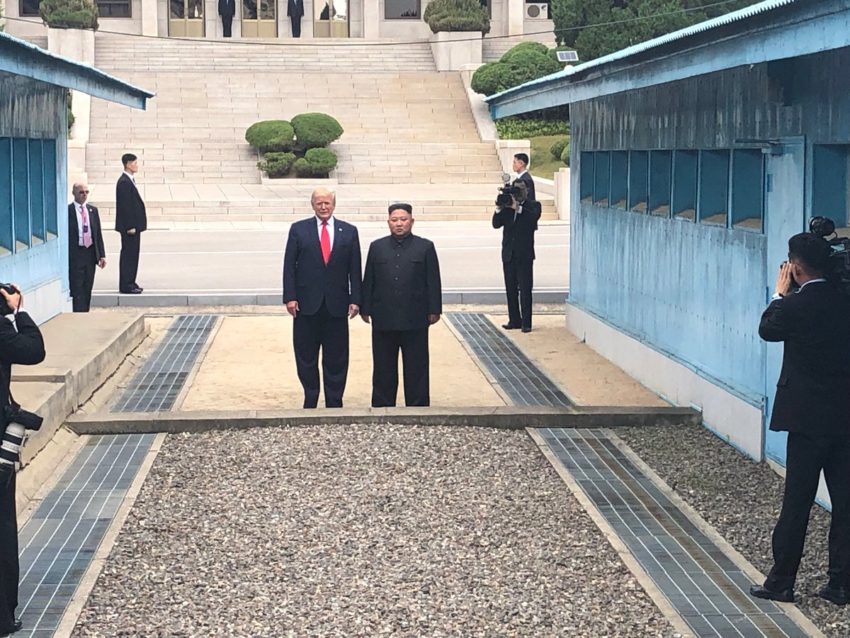 What a moment. President Trump and Kim Jong Un meet at the demilitarized zone for a handshake in what amounts to their third encounter. Trump then crosses into North Korea. “Tremendous progress,” Trump says.