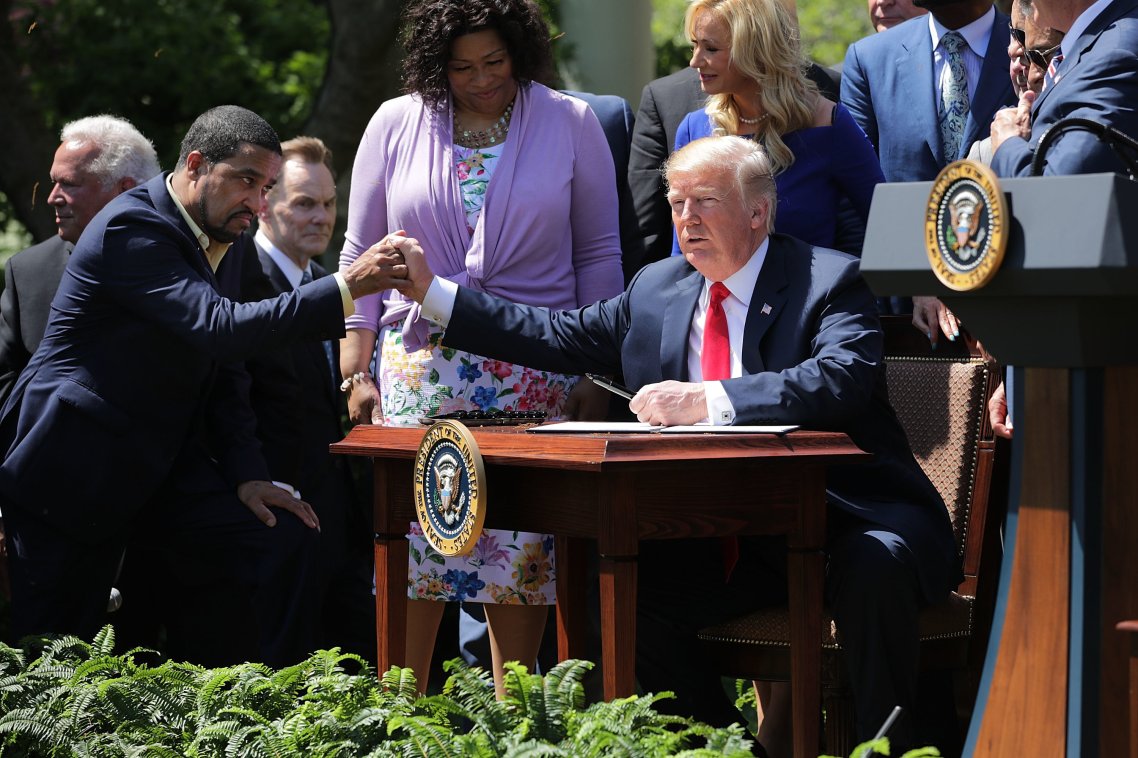 The president is “enthusiastic” about talking it out. Trump-supporting rapper Kanye West is also invited.

President Donald Trump has approved a White House summit to discuss race and has invited Colin Kaepernick and Kanye West, a pastor who met with Trump told People magazine.

Football great Jim Brown and legendary boxer Mike Tyson also will be on the guest list, according to the Rev. Darrell Scott, a White House outside adviser who said he spoke to Trump in the Oval Office Thursday during an event for the National Day of Prayer.

Scott said the president was committed to the multiracial gathering, which will include musicians and athletes in perhaps early summer.

Trump, whose history is rife with racist comments and behavior, will be there, Scott said. “We don’t want to sanitize it,” Scott said. “I want people from the left to attend. I want it to get heated, but I want it to be respectful.”

Scott is organizing the summit with Andrew Giuliani, a top aide in the White House Office of Public Liason and son of Trump lawyer Rudy Giuliani, reported Politico, which described plans for the race conference as preliminary.

Kaepernick may be the most surprising invitee, given Trump’s criticism of the NFL quarterback and the league after he started a widespread movement of athletes kneeling for the national anthem in protest of racial injustice and police brutality. He did not play in the league last season and has filed a grievance alleging the NFL has conspired to keep him out of a job because of his activism.