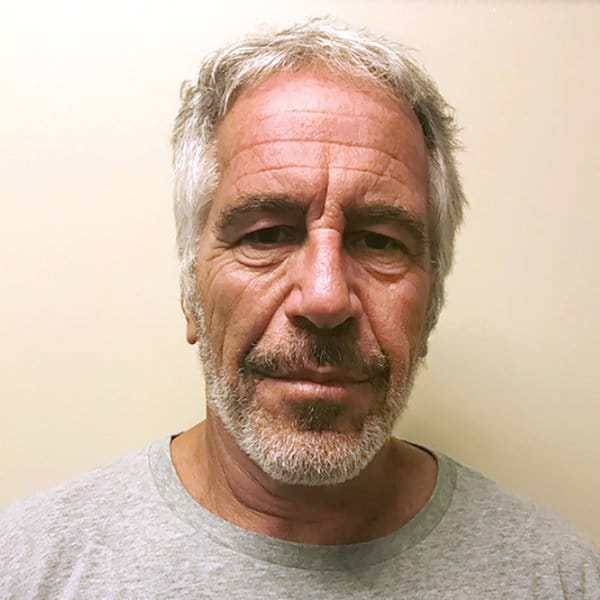 It was just one more segment to fill out the hour, and thereby fill the long 24 hours of Saturday’s cable news on November 2. Or so it seemed. Navy SEAL Mike Ritland was on the Fox News program Watters World to talk to Jesse Watters about trained German shepherds like the one used in the raid that found al-Baghdadi. As the segment was wrapping up, he asked if he could sneak in a little “PSA real quick” The host nodded genially, “Real quick.” Ritland went into a standard warning that many novice dog owners should not try to buy a German shepherd bred for military service. He says people interested in them should buy a “fully trained or finished dog. Or just don’t buy them.” And then a smile creeps across his face, as he says, “And . . . Epstein didn’t kill himself.”

Within hours, the clip of the normally non-viral show was everywhere across my social-media feeds. (Make of that what you will.) And now it is a meme, spreading across social media and real life. Signs saying “Epstein Didn’t Kill Himself” are springing up on highway overpasses. Popular podcast host Joe Rogan is spreading jokey “Epstein didn’t kill himself” memes on Instagram. He’s aided by other big Instagram personalities, such as Tank Sinatra. My own family-and-friend chats started to fill up with them over the past ten days. You can even buy Ugly Christmas Sweaters with the message “Epstein Didn’t Kill Himself” knitted into them.

For those puzzled, Ritland (and everyone else) is referring to Jeffrey Epstein, the known pedophile and suspected hedge funder who palled around with a few heaping handfuls of other hedge funders, as well as Bill Clinton, Prince Andrew, Bill Gates, and occasionally Donald Trump. He lived in Manhattan’s largest private residence. He was heavily involved in scientific research, including his plan to “seed [the] human race with his DNA.” Epstein had a private airplane dubbed “Lolita Express,” which he flew to a private island dubbed Pedophile Island. He seemed to have gotten away with his crimes once before with a slap on the wrist.

Epstein was found dead in his prison cell in August, a few weeks after his arrest. The cause of death was ruled a suicide by crude hanging. There was a small spasm of outrage that the most famous American inmate was able to kill himself ahead of trials that might have exposed embarrassing secrets of the financial and political elite.

Subsequent reporting showed every kind of irregularity. No video surveillance. Falsified prison logs to cover for contract guards who literally slept on the job. Some marks on his body were more consistent with strangulation than hanging, it was said. This evidence could be resolved by reference to the desperate method by which he may have hanged himself. But author and journalist Walter Kirn summed up the mood of certain news watchers after Epstein’s death, writing, “Sometimes paranoia just stands to reason.”

In recent weeks the Epstein story has been bubbling up again. The conservative muckrakers at Project Veritas had leaked tape of ABC broadcast reporter Amy Robach claiming that higher-ups had killed the story. She sighed that she believed “100 percent” that Epstein had been murdered. ABC executives are reportedly scrambling to discover and punish the leaker, a zealousness they never displayed for their reporter’s bombshell story. The octogenarian pathologist Michael Baden was hired by Mark Epstein to witness his brother’s autopsy, and he told Fox & Friends that the evidence points to homicide.

An Occam’s Razor explanation of Epstein’s death is that he killed himself because his life of getting-away-with-it was over and he was facing the unpleasant reality of a trial in which his life as a pedophile would be exposed, and his powerful friends would be humiliated with him. And I would estimate that at least half of the people sharing different Epstein memes with me are sharing them in jest.

But jest can have a serious point. Sharing “Epstein Didn’t Kill Himself” memes because you believe paranoia stands to reason, or because you think they are funny, is a kind of practice for saying, “I think our leadership class and our institutions are capable of every corruption and depravity.” It signals to the world that you are willing to be caught saying this, which is now and in all times one of the more subversive things that can be thought or said.

If there really is a them, and they really did kill Epstein — as Robach believes and Kirn suspects — maybe they should be scared that it’s fun and fashionable to say so.