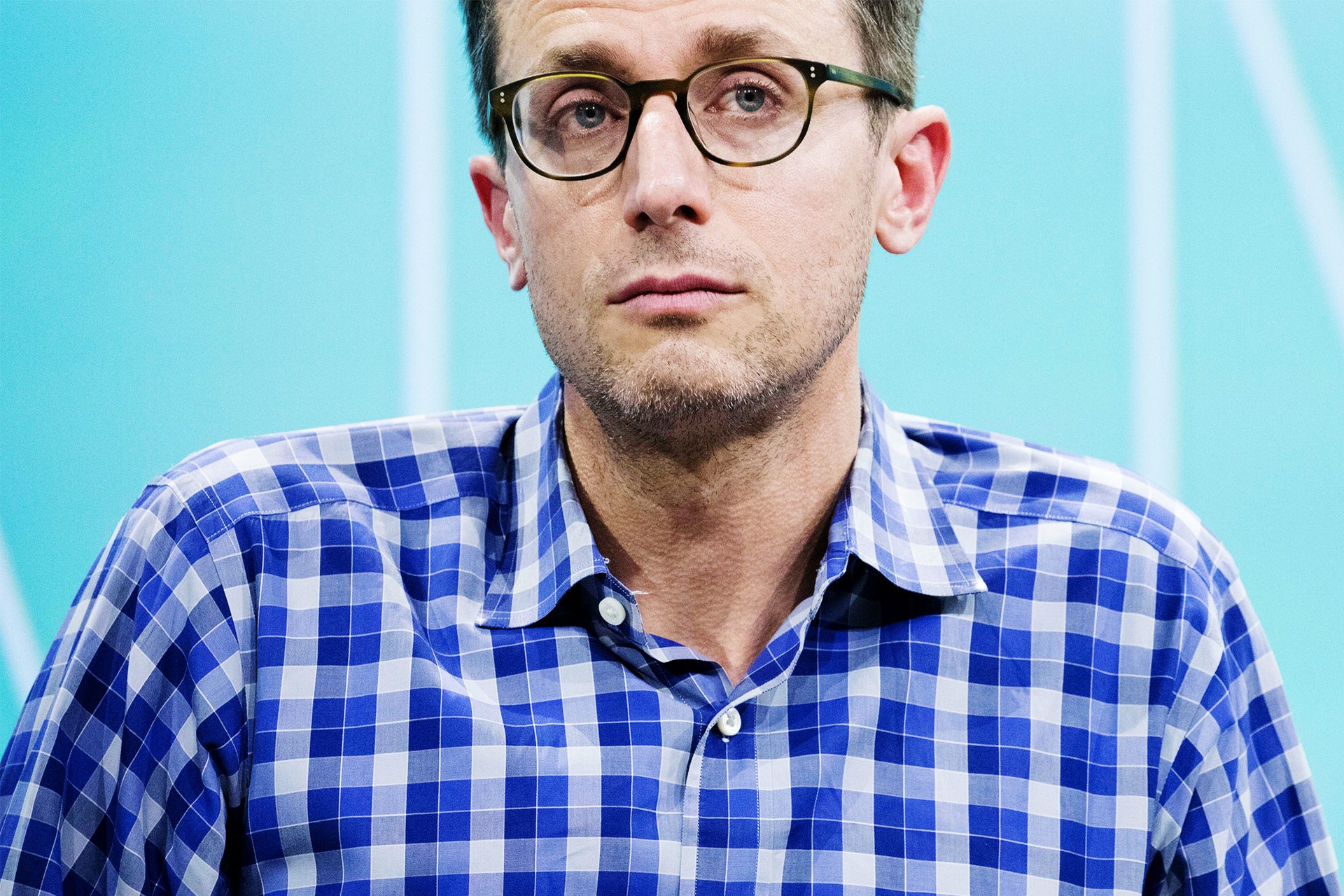 Vice, Vox, and BuzzFeed, among other companies that once heralded the dawn of a new media age, are now grappling with decidedly old-media problems.
It was around this time last year that things were starting to look a little dicey for the media industry’s once breathlessly-hyped digital unicorns. Both BuzzFeed and Vice made news for substantially missing their revenue targets. Mashable was sold at a dramatic price reduction. Vox Media was forced to terminate 5 percent of its workforce.

These companies, which once heralded the dawn of a new media age—replete with massive valuations, large fund-raising hauls, and millennial sex appeal—now appeared to exhibit some traits of the brands that they once attempted to disrupt. They were large, less nimble, and increasingly vulnerable to Facebook and Google. They seemed virtually encircled by competitors familiar and new. On one side was a new generation of smaller yet influential companies focused on monetizing their direct relationships with consumers, like Axios, TheSkimm, Crooked Media, and the Athletic, to name a few. On the other were a tandem of revitalized shit-kicking legacy players, such as The New York Times and The Washington Post, who were converting subscribers at unforeseen levels in the Trump era.

A year later, the challenges have hardly abated. Mic canned the majority of its staff last week as part of a last-resort sale to Bustle for about $5 million—$95 million less than its previous valuation. Vice, under turnaround C.E.O. Nancy Dubuc, is in the process of trimming its 3,000-person global headcount by 15 percent, according to The Wall Street Journal, which reported Vice’s losses at more than $50 million in 2018. At Refinery29, 10 percent of the workforce received pink slips this fall. BuzzFeed’s Jonah Perettirecently floated in the pages of The New York Times the quixotic notion of a multi-company merger between BuzzFeed, Vice, Vox Media, Group Nine Media, and Refinery29, as a means to rival the Facebook-Google ad duopoly.

Boutique players have not been spared either. Lena Dunham and Jenni Konner’s Lenny Letter shut down in October, and last week brought the end of Rookie magazine, the 21st-century answer to Sassy, created by precocious tastemaker Tavi Gevinson. “Digital media has become an increasingly difficult business, and Rookie in its current form is no longer financially sustainable,” Gevinson wrote in a farewell note to readers. Traditional magazine companies, meanwhile, are trying to adapt to the digital world. Hearst, whose holdings include Cosmopolitan and Esquire, has endured layoffs, restructuring, and a leadership shake-up. Condé Nast, which owns Vanity Fair, is looking for a new C.E.O. who can streamline and maximize its global clout.

The chilly environment has created an opening for bargain shoppers and turnaround artists. Bustle founder Bryan Goldberg has been a regular at the fire sales; Jon Miller, a former AOL and News Corp executive, is shopping for Web sites with funding from the private-equity titan TPG.

But everyone else seems to operate on a relentless pivot schedule. “It’s a moment of real pressure,” one digital media executive told me. “My sense is, it’s tougher times for everybody.” Summing up the latest portents, a veteran digital-media strategist warned, “I think this is the tip of the iceberg. I think it’s gonna get worse, not better.” Tony Haile, founding C.E.O. of the Web-analytics provider Chartbeat, echoed that sentiment. “No one’s looking forward to this Q1,” said Haile, whose latest project is a publisher-friendly subscription ad-blocking service called Scroll. “You’ve got that kind of thing going on where everyone’s for sale.”

Haile isn’t incorrect. Everything does seem for sale. As the threat of the so-called FAANGs—Facebook, Amazon, Apple, Netflix, Google—continues to grow, large legacy players, such as AT&T and Time Warner, or Disney and 21st Century Fox, are combining at a rabid pace. Certain heritage brands, like Time, Fortune, and The Atlantic, have landed in the warm bosoms of philanthropic billionaires. New York Media, the parent company of New York and a coterie of buzzy Web brands including The Cut, is pursuing a sale or strategic investment. A number of publications that ascended during the post-downturn digital gold rush have found safe harbors: HuffPost in Verizon (via AOL); Business Insider in Axel Springer; Quartz in the Japanese financial-intelligence firm Uzabase. But they, too, are under the gun to perform for their parent companies. Verizon’s media unit, for one, is in the midst of a rejiggering after falling short on advertising revenue. “The whole media sector is under pressure,unless you’re a FAANG company,” said Vox Media C.E.O. Jim Bankoff. “You can see that impact in all the big mergers that have been happening, but you also see it in companies that are scaling back or selling. Whether you’re a company that started in the past decade or a century ago, whether you’re funded by a billionaire or a V.C., you’re not immune to the changes in the industry, or the uncertainty that those changes bring.”

The stakes are arguably the highest, it appears, for the much-ballyhooed cabal of independent, venture-funded, super-scale companies, such as Vice, BuzzFeed, and Vox. Reacting to Peretti’s confederacy-merger proposal, one prominent founder and C.E.O. wondered whether there was “a problem for the whole space,” or “a problem for a handful of companies that really over-raised and over-expected and are now trying to re-adjust.” Consumer spending is up, and billions of dollars are being sunk into content, this executive noted, and yet “you have this little pocket of the universe looking desperate. So the reality is: is there a problem in the digital-media space overall, or a strategy problem for a certain set of companies?” In a somber parting memo on the day of Mic’s mass layoffs, outgoing publisher Cory Haik lamented the current state of the media universe: “Our business models are unsettled, and the macro forces at play are all going through their own states of unrest. If anyone tells you they have it figured out, a special plan to save us all, or that it’s all due to a singular fault, know that is categorically false.”

BuzzFeed, Vice, and Vox share some common challenges. In an environment that values either enormity or monetizable premium appeal, they are somehow in the middle. They were also forged in an era of rapid-succession strategy pivots—first display advertising, then native, then video, and now broad diversification through things like subscriptions and events and other potentially promising remedies.

But in reality, these companies have their own unique headaches. Vice is staring down stalled growth, as well as viewership struggles at the flagship cable channel it launched in 2015. The company’s defenders would point to its large global footprint and diversity of revenue streams—that includes an HBO show and other licensing deals, a creative studio, an I.P. library, and a scripted-programming arm. Indeed, Dubuc appears to be moving Vice further away from the notion that it is a “digital” enterprise at all. As the Journal recently reported, the plan she has outlined to the company’s board of directors involves consolidating Vice’s many Web verticals and focusing instead on growing its creative agency, Virtue, as well as making a greater number of shows and movies for third parties. But Dubuc has her work cut out for her. Asked about the company’s astronomical $5.7 billion figure at Vanity Fair’s New Establishment Summit on October 9, she replied, quite carefully, “I’m not gonna speculate on what Vice is worth. Valuations are set at a moment in time.”

BuzzFeed, once a stubbornly pure native-advertising proposition, has likewise recognized the need to branch out. In addition to now running traditional banner ads, BuzzFeed is offering exclusive member content for $5 a month; getting paid to produce shows for Netflix and Facebook; opening a toy store in New York and selling cookware in a collaboration with Walmart; and playing the affiliate marketing game, in which a Web site takes a cut whenever, say, readers click a link to an Amazon product and hit “Add to Cart.” At the very least, it all appears to be a promising start to turning around the company’s revenues: sources told the Times that revenues are expected to surpass $300 million this year, up from a disappointing $260 million in 2017.

In multiple conversations I had for this piece, Vox Media seemed to be the horse that people were most willing to bet on, in part because it didn’t take as much money or drive its valuation as high as BuzzFeed or Vice. (Revenues for 2018 are projected to be up 15 to 18 percent—around $185 million—compared to 2017, according to someone with knowledge of the numbers.) Vox Media, too, has been diversifying, and is in the process of creating a consumer-revenue component where some of its Web sites—which include Vox, the Verge, and SB Nation—will charge for certain content, according to someone familiar with the plans. Vox Media has created a digital-advertising marketplace, Concert, with partners including New York Media, Rolling Stone, and Quartz; and it licenses an in-house content-management platform, Chorus, to other publishers. Vox also now has a TV unit whose productions include a popular Netflix show, as well as a conference business in Recode, which it bought in 2015 following an acquisition of the Curbed sites two years earlier.

More recently, people familiar with the matter told me, Bankoff took a look at Fortune (which has a robust events business) and New York Media (which has a suite of tony Web brands), but both opportunities were tricky due to their print components. (Neither opportunity was presented to the board.) In a meeting, Bankoff had with CBS C.E.O. Les Moonves, before his #MeToo scandal became public and he was ousted in disgrace, Moonves floated the idea of buying Vox Media, according to sources with knowledge of the conversation, but the talks never progressed to a serious stage. Bankoff declined to comment on any of these discussions, but said the company might look at making acquisitions in 2019.

Vice, BuzzFeed, and Vox have achieved a level of scale and brand affinity that lesser players, the Mics and Mashable’s of the world, can only dream of. In that sense, the road ahead may very well be hardest for smaller, venture-funded companies that rely wholly, or close to wholly, on digital advertising. Someone who sits on the board of a large digital-media company broke it down like this: “They can’t compete in scale, they can’t compete in terms of quality and breadth of content, and they can’t compete because they only have one revenue stream.” This person added, “Companies who struggle, struggle disproportionately bad when things go bad.”