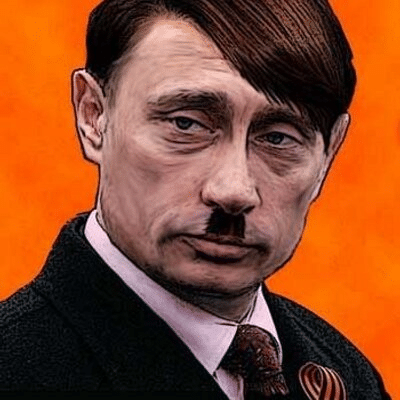 By 1939, parts of Czechoslovakia had already been carved off and taken over by Nazi Germany, which claimed that millions of ethnic Germans were being persecuted there.

The previous September, European powers, seeking to avoid war, had acquiesced and done nothing.

But six months later, German troops were massed on the Czech border, as Nazi leader Adolf Hitler railed and threatened the county with destruction.

On March 15, 1939, the sickly Czech president, Emil Hacha, was in Hitler’s study surrounded by the Führer’s henchmen.

“Hitler was at his most intimidating,” historian Ian Kershaw wrote in his 2000 biography of the Nazi leader. “He launched into a violent tirade against the Czechs.” The Nazis needed to take over Czechoslovakia to protect Germany. Hacha must agree or his country would be immediately attacked and Prague, its capital, bombed.

Hacha fainted, according to Kershaw, but was revived and gave in to Hitler’s demand. German troops marched in a few hours later. Hitler said it was the happiest day of his life.

Russia’s Vladimir Putin did not bother to speak with Ukraine’s president, Volodymyr Zelensky, before launching his assault Thursday. But some observers see brutal similarities to Hitler’s seizure of Czechoslovakia just before World War II.

“This is all truly dictated by our national interests and dictated by care for the future of our country,” Kremlin spokesman Dmitry Peskov said Thursday after the Russian assault began.

“The killing of civilians … the abuse of people, including children, women and the elderly, continues unabated,” he said. “There is no end in sight.”

“Neanderthal and aggressive nationalism and neo-Nazism … have been elevated in Ukraine to the rank of national policy,” he said. “How much longer can one put up with this?”

© AP/APA German field kitchen is unloaded in Prague on March 16, 1939. Hitler completed his occupation of Prague and the rest of the Czech state and proclaimed Bohemia and Moravia as part of Greater Germany.

In March 1938, during the run-up to World War II, Hitler had first engineered the Nazi takeover of Austria, which already had strong pro-Nazi sympathies.

Seven months later, he was plotting the seizure of part of Czechoslovakia, claiming that ethnic Germans in the Sudeten regions bordering eastern Germany were being mistreated.

“I must also declare before the German people that in the Sudeten German problem my patience is now at an end,” Hitler said on Sept. 26, 1938. Czechoslovakia must “give the Germans their freedom, or we will get this freedom for ourselves.”

What the U.S. military is doing in response to Russian actions in Ukraine

Four days later, during the famous Munich conference — now known as the centerpiece of the “appeasement” of the Nazis — Great Britain, France and Italy agreed to the handover of the Sudeten region to Germany, hoping it would prevent further aggression.

“It is the last territorial claim which I have to make in Europe,” Hitler said. Within six months, he took the rest of Czechoslovakia, and on Sept. 1, 1939, he attacked Poland, starting World War II.

During the Holocaust, about 263,000 Czech Jews were murdered by the Germans and their collaborators, according to the U.S. Holocaust Memorial Museum. The notorious Theresienstadt concentration, transit and labor camp, where 33,000 people were killed, was about 40 miles north of Prague.

In 2014, Russia seized the Crimean peninsula from Ukraine, with Putin saying, “In people’s hearts and minds, Crimea has always been an inseparable part of Russia.”

Before invading Ukraine this week, he first stationed at least 150,000 Russian troops along that country’s borders.

© Thomas Coex/AFP/Getty ImagesA woman holds an image depicting Russian President Vladimir Putin as Adolf Hitler during a demonstration of Ukrainian citizens against Russia’s military operation in Ukraine in front of the Russian embassy in Paris on Feb. 24, 2022.

He claimed in a speech Monday that “Ukraine actually never had stable traditions of real statehood. … It is an inalienable part of our own history, culture and spiritual space.”

He ordered Russian troops into the area on a “peacekeeping mission” and then began a full-scale attack Thursday morning, bombarding cities, towns and villages and advancing toward the capital, Kyiv, where air raid sirens were heard.

“The argument that Hitler made is very, very similar to the one Putin’s made,” said Dov S. Zakheim, senior adviser at the Center for Strategic and International Studies, a Washington think tank, and a former undersecretary of defense. Putin, he said, is claiming that the Ukrainian government is “mistreating these poor Russian speakers in eastern Ukraine,” who need Putin to come to their defense.

With Thursday’s attack, “he’s expanding it,” Zakheim said. And the example of the late 1930s hints at how far that expansion could go.

Stephen J. Blank, a senior fellow at the Foreign Policy Research Institute in Philadelphia, said Putin moved more quickly than Hitler: “We never had a Munich conference, so they rolled the tanks in.”

Although their actions are not exactly the same, “the resemblances are still there.” The Russians appear to believe that “they are the conquering people, and the Ukrainians are a bunch of softies and fascists,” Blank said.

After Czechoslovakia fell, Hitler had only six months to wait.