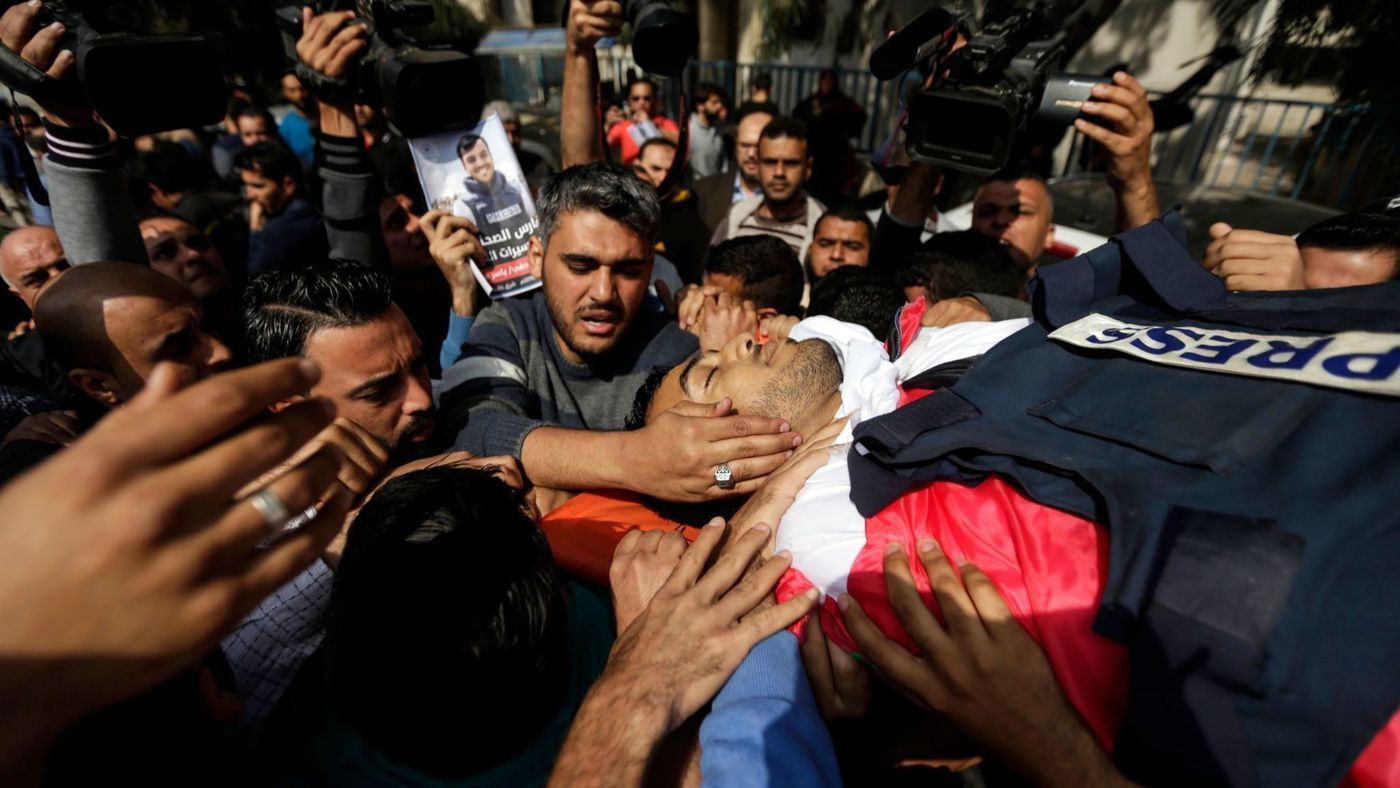 Hundreds attended the funeral of a well-known Palestinian journalist in Gaza on Saturday who was killed while covering mass protests along the Israeli border the previous day.

Yasser Murtaja died from a gunshot wound he sustained while filming Friday in an area engulfed in thick black smoke from protesters setting tires on fire. Israeli troops opened fire from across the border, killing at least nine Palestinians and wounding 491 others in the second mass border protest in eight days. The deaths brought to at least 31 the number of Palestinians killed by Israeli fire since last week. The border area appeared calm Saturday.

Witnesses said Murtaja was over 100 yards from the border, wearing a flak jacket marked “press” and holding his camera when he was shot in an exposed area just below the armpit.

The Israeli military has said it fired only at “instigators” involved in attacks on soldiers and was investigating Murtaja’s death amid a very hectic environment.

“The IDF (Israel Defense Forces) uses means such as warnings, riot dispersal means, and as a last resort firing live rounds in a precise, measured way,” it said Saturday. “The IDF does not intentionally target journalists. The circumstances in which journalists were allegedly hit by IDF fire are not familiar to the IDF, and are being looked into.”

Hamas, which has ruled Gaza since a 2007 takeover and calls for Israel’s destruction, has called for a series of protests until May 15, the anniversary of Israel’s founding when Palestinians commemorate their mass uprooting during the 1948 war over Israel’s creation.

The Islamic group hopes the mass protests can create pressure to break a border blockade enforced by Israel and Egypt since 2007, without having to succumb to demands that it disarm. The blockade has made it increasingly difficult for Hamas to govern. It has also devastated Gaza’s economy, made it virtually impossible for people to enter and exit the territory, and left residents with just a few hours of electricity a day.

Israel argues that Hamas could have ended the suffering of Gaza’s 2 million people by disarming and renouncing violence.

It says Hamas is exploiting the mass marches as a cover for attacking the border fence, and has vowed to prevent a breach at all costs. The military said that on Friday protesters hurled several explosive devices and firebombs, using the thick plumes of smoke from burning tires as cover, and that several attempts to cross the fence were thwarted.

Colleagues said Murtaja was not affiliated with Hamas or any other militant group, and there were no Hamas symbols normally seen at the funerals for militants.