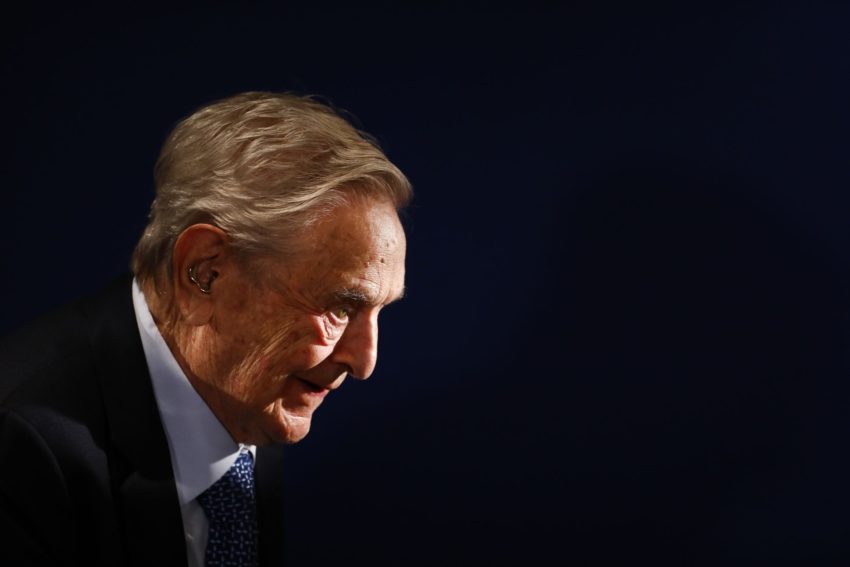 Billionaire George Soros said that nothing is keeping Facebook Inc. from spreading disinformation and the company may be in cahoots with President Donald Trump to get him re-elected.

“I think there is a kind of informal mutual assistance operation or agreement developing between Trump and Facebook,” Soros, 89, said Thursday at the World Economic Forum in Davos, Switzerland. “Facebook will work together to re-elect Trump, and Trump will work to protect Facebook so that this situation cannot be changed and it makes me very concerned about the outcome for 2020.”

Soros didn’t offer any evidence for his claim. “This is just plain wrong,” Facebook spokesman Andy Stone said in response.

Soros has used his annual Davos speech as a platform to criticize the social media giant in the past. In 2018, he compared Facebook to a gambling company that fosters addiction among users, and last year reiterated the need to regulate technology firms.

Facebook has come under increased scrutiny from governments worldwide on multiple fronts, but especially related to the Russian misinformation campaign that ran undetected on the social network in the months prior to the 2016 election.

The company has since worked to improve its technology for taking down what it calls “coordinated inauthentic behavior” — efforts by foreign governments to manipulate public conversation. But critics argue that Trump is helped anyway by Facebook’s very nature: the platform rewards content with the potential to go viral, and Trump has a tendency to say incendiary things.

After public backlash, Facebook debated whether to take down political ads that contain lies. The company decided earlier this year that it would not, with Chief Executive Officer Mark Zuckerberg citing first amendment values and saying it shouldn’t be up to a corporation to determine what political messages are true or false.

That message assuaged Republicans, who have interrogated the company about a perceived anti-conservative bias. Still, the company’s algorithm may tilt the scales, giving rise to more shocking messages.

“Facebook basically has only one guiding principle: maximize your profits irrespective of what harm it may do to the world,” Soros said Thursday.

After Soros’s 2018 Davos speech, Facebook Chief Operating Officer Sheryl Sandberg asked staff to look into whether Soros had a financial incentive to criticize the company through his holdings or trading activity. The company also hired an opposition research firm to examine whether Soros financially supported anti-Facebook groups. The decision was later uncovered in a New York Times report about Sandberg’s mishandling of crises.

To contact the reporters on this story: Katia Porzecanski in New York at kporzecansk1@bloomberg.net;Sarah Frier in San Francisco at sfrier1@bloomberg.net

To contact the editors responsible for this story: Sam Mamudi at smamudi@bloomberg.net, Alan Mirabella

For more articles like this, please visit us at the grey organization