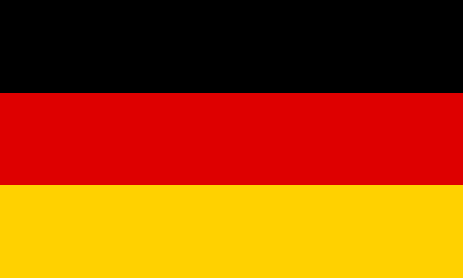 Philipp Frese can’t wait to unlock the doors of his bed and mattress store in southern Germany on Monday, ending a month-long coronavirus lockdown that’s all but destroyed his hopes for a profit this year.

The restrictions have been “a threat to our existence as a business,” said Frese, whose sales slumped by 90% in March while costs only went down by a third. “You need to meet customers face to face to sell them pillows and mattresses.”

Frese can get back to business as Chancellor Angela Merkel’s government allows smaller stores to reopen after a shutdown that deprived German retailers of 30 billion euros ($33 billion) in sales and pushed many shops to the brink of bankruptcy. Germany is among the first nations in Europe taking cautious steps toward normalcy as the pandemic continues to shutter factories, restaurants and shops from Madrid to Prague.

Merkel has won plaudits for her crisis response even as the economy plunged into a deeper recession than during the financial crisis a decade ago. After imposing social distancing measures on March 22, her government fast-tracked more than 1 trillion euros in aid to companies and workers to avoid bankruptcies and mass layoffs.

What’s happening now in Europe’s biggest economy is likely to be watched by other countries from Italy and Spain to the U.S. and beyond.

Retail spaces of less than 800 square meters (8,611 square feet) — like Frese’s in the city of Freiburg near the French border — will be reopening, along with car dealerships, bike shops and book stores. Bars, restaurants, gyms and larger stores will have to remain closed. The government is “urgently” recommending that everyone wear face masks.

Germany’s comprehensive testing and relative progress in protecting vulnerable people have led to a lower fatality rate than European partners such as Italy, Spain and the U.K. The country has gotten through the “first wave” in good shape thanks to citizens’ adhering to strict contact curbs, Health Minister Jens Spahn said Friday.

That creates an opening for Germany as governments across Europe seek to limit the economic damage while avoiding a second wave of infections from the virus, which has killed more than 50,000 people in the region.

Germany’s latest figures Sunday showed confirmed cases increased by the least in four days and the number of fatalities rose by the fewest in five days. More than 85,000 people have recovered from the disease, more than in any other country, including China, where the outbreak originated.

To keep shoppers safe, Frese is encouraging his employees to wear masks and will limit the number of people who can enter his 600-square-meter store at any one time. Customers will have to wait in a specially designated zone before they’re allowed in, he said in a phone interview.

Not everyone is happy with the new rules. Some state premiers and industrial groups have urged the government to move more quickly to prevent further economic damage. The plan to keep most other restrictions in place spurred criticism from business organizations representing Germany’s small and mid-size companies, which are calling for a faster exit from the shutdown.

The plan also doesn’t directly address the impact on big industrial companies such as carmakers.

Signa Holding GmbH’s Galeria Karstadt Kaufhof chain, which operates dozens of department stores larger than the 800-square meter limit, filed a lawsuit in the state of North Rhine-Westphalia to be able to open doors anyway. Galeria Karstadt Kaufhof has been losing more than 80 million euros in sales each week, which would mean more than 500 million euros in losses if the lockdown continues through April, the company said this month.

The 800-square meter limit “is arbitrary and disappointing,” Stefan Genth, who heads Germany’s HDE retailers lobby, told broadcaster N-TV on Thursday. “It’s distorting competition.” All stores should be allowed to open, provided they take the necessary safety and hygiene precautions, he said.

“I can understand the disappointment of large stores and electronics outlets,” Economy Minister Peter Altmaier said in an interview with Bild am Sonntag newspaper Sunday. “But smaller stores have fewer reserves and it’s much harder for them to keep their heads above water.”

Bavaria, the state with the highest coronavirus deaths, is keeping stores closed until April 27.

“My social conscience says this is a good thing,” said Regina Moths, who owns a small bookstore in Munich, the German city with the most infections. “My bank statement says: Help!”