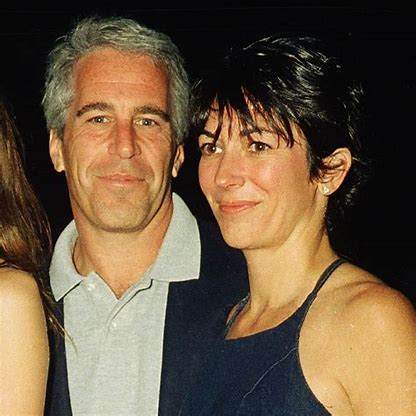 The British socialite Ghislaine Maxwell was convicted Wednesday of luring teenage girls to be sexually abused by the American millionaire Jeffrey Epstein.

The verdict capped a monthlong trial featuring sordid accounts of the sexual exploitation of girls as young as 14, told by four women who described being abused as teens in the 1990s and early 2000s at Epstein’s palatial homes in Florida, New York, and New Mexico.

Jury signals verdict not near at Ghislaine Maxwell trial

Jurors deliberated for five full days before finding Maxwell guilty of five of six counts. With the maximum prison terms for each charge ranging from five to 40 years in prison, Maxwell faces the likelihood of years behind bars — an outcome long sought by women who spent years fighting in civil courts to hold her accountable for her role in recruiting and grooming Epstein’s teenage victims and sometimes joining in the sexual abuse.

As the verdict was read, Maxwell was largely stoic behind a black mask. Afterward, she could be seen pouring herself water as one of her attorneys patted her back. She stood with her hands folded as the jury filed out and glanced at her siblings — faithfully in attendance each day of the trial — as she was led from the courtroom. She did not hug her lawyers on the way out, a marked change from previous days during which Maxwell and her team were often physically affectionate with one another.

One of her victims, Annie Farmer, said she was grateful the jury recognized Maxwell’s “pattern of predatory behavior.”

“She has caused hurt to many more women than the few of us who had the chance to testify in the courtroom,” she said in a prepared statement. “I hope that this verdict brings solace to all who need it and demonstrates that no one is above the law. Even those with great power and privilege will be held accountable when they sexually abuse and exploit the young.”

No sentencing date was set.

The defense had insisted Maxwell was a victim of a vindictive prosecution devised to deliver justice to women deprived of their main villain when Epstein killed himself while awaiting trial in 2019.

Her brother, Kevin Maxwell, said the family believes she will be vindicated on appeal. “We firmly believe in our sister’s innocence,” he said in a written statement.

During the trial, prosecutors called 24 witnesses to give jurors a picture of life inside Epstein’s homes — a subject of public fascination and speculation ever since his 2006 arrest in Florida in a child sex case.

A housekeeper testified he was expected to be “blind, deaf and dumb” about the private lives of Epstein, a financier who cultivated friendships with influential politicians and business tycoons, and Maxwell, who had led a jet-setting lifestyle as the favorite child of a media mogul. 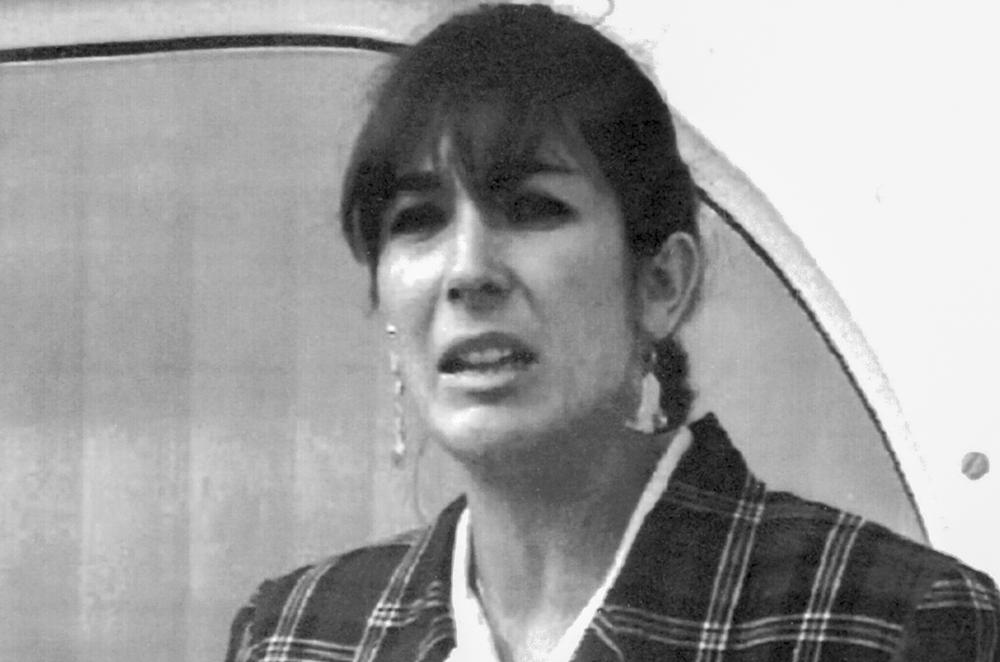 Jurors saw physical evidence like a folding massage table once used by Epstein and a “black book” that listed contact information for some of the victims under the heading “massages.”

But the core of the prosecution was the testimony of four women who said they were victimized by Maxwell and Epstein at tender ages.

Three testified using first names or pseudonyms to protect their privacy: Jane, a television actress; Kate, a former model from Great Britain; and Carolyn, now a mom recovering from drug addiction. The fourth was Farmer, who chose to use her real name after being vocal about her allegations in recent years.

They echoed one another in their descriptions of Maxwell’s behavior: She used charm and gifts to gain their trust, taking an interest in their adolescent challenges and giving them assurances that Epstein could use his wealth and connections to fulfill their dreams.

They said the script would darken when Maxwell coaxed them into giving massages to Epstein that turned sexual, encounters she played off as normal: After one sexual massage, Kate, then 17, said Maxwell asked her if she’d had fun and told her: “You are such a good girl.” 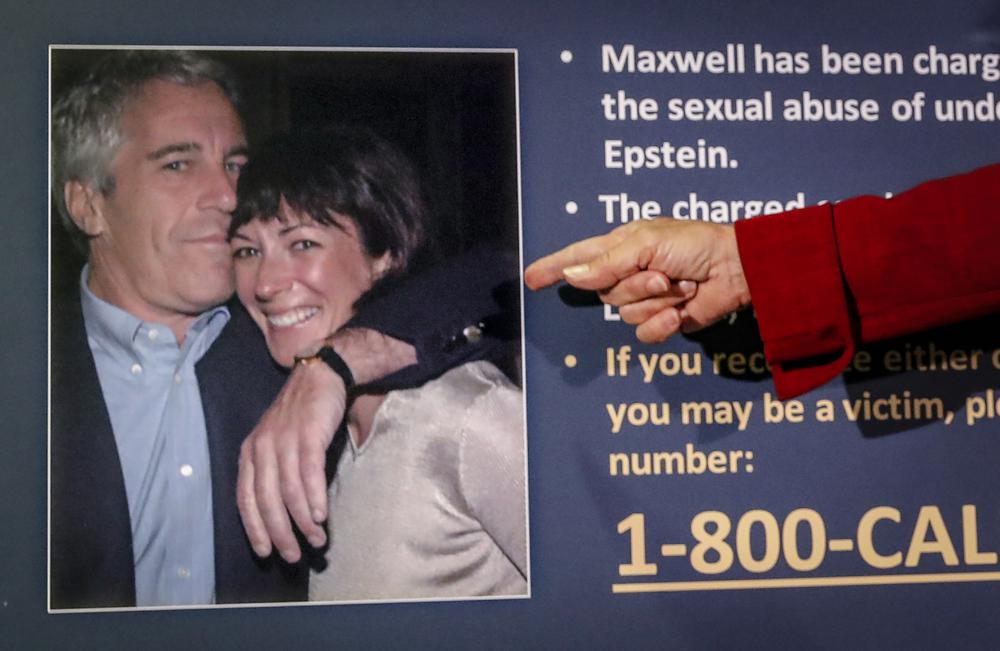 Carolyn testified that she was one of several underprivileged teens who lived near Epstein’s Florida home in the early 2000s and took up an offer to give massages in exchange for $100 bills, which prosecutors described as “a pyramid of abuse.”

Maxwell made all the arrangements, Carolyn told the jury, even though she knew the girl was only 14 at the time.

Jane said in 1994 when she was only 14, she was instructed to follow Epstein into a pool house at the Palm Beach estate, where he masturbated on her.

Two charges, including the lone count on which Maxwell was acquitted, applied only to Jane.

“I was frozen in fear,” she told the jury, adding that the assault was the first time she had ever seen a penis. She also directly accused Maxwell of participating in her abuse.

Maxwell’s lawyer asked Jane why it had taken so long to come forward.

“I was scared,” she said, choking back tears. “I was embarrassed, ashamed. I didn’t want anybody to know any of this about me.”

The last to testify, Farmer described how Maxwell touched her breasts while giving her a massage at Epstein’s New Mexico ranch and how Epstein unexpectedly crawled into bed and pressed himself against her.

Maxwell, who turned 60 on Christmas, vehemently denied the charges through her lawyers.

Still, she declined to take the risk of testifying, telling the judge: “The government has not proven its case beyond a reasonable doubt so there is no reason for me to testify.”

Maxwell’s legal team questioned whether the accusers’ memories were faulty, or had been influenced by lawyers seeking big payouts from Maxwell and Epstein’s estate in civil court. During their two-day presentation, they called as a witness Elizabeth Loftus, a professor who has testified as a memory expert for defense lawyers at about 300 trials, including the rape trial of movie mogul Harvey Weinstein.

Maxwell’s family complained she was under duress from harsh conditions at the Brooklyn jail where she’s been held since her arrest in July 2020. She had repeatedly, and futilely, sought bail, arguing that she was unable to adequately contribute to her defense.

Before Maxwell was taken from the courtroom, Sternheim asked that arrangements be made to give her a coronavirus booster shot, saying infection rates were rising dramatically at the lockup. The recent surge threatened to derail the trial itself as U.S. District Court Judge Alison J. Nathan prodded jurors to work quickly to avoid the potential of a mistrial caused by sickened jurors.

The legal fights involving Epstein and Maxwell are not over.

Lawsuits loom, including one in which a woman not involved in the trial, Virginia Giuffre, says she was coerced into sexual encounters with Prince Andrew when she was 17. Andrew has denied her account and that lawsuit is not expected to come to trial for many months.

Following the Maxwell verdict, Giuffre released a statement through her lawyers, saying, “I hope that today is not the end but rather another step in justice being served.”