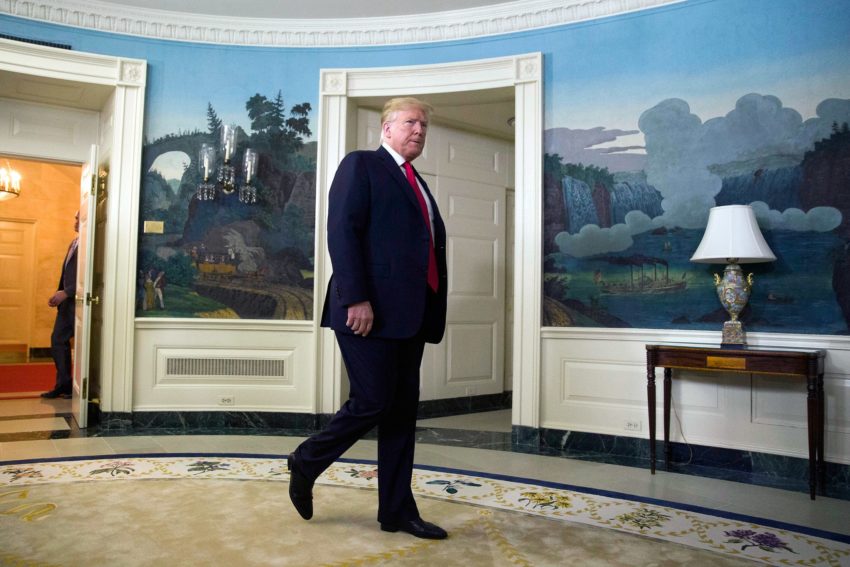 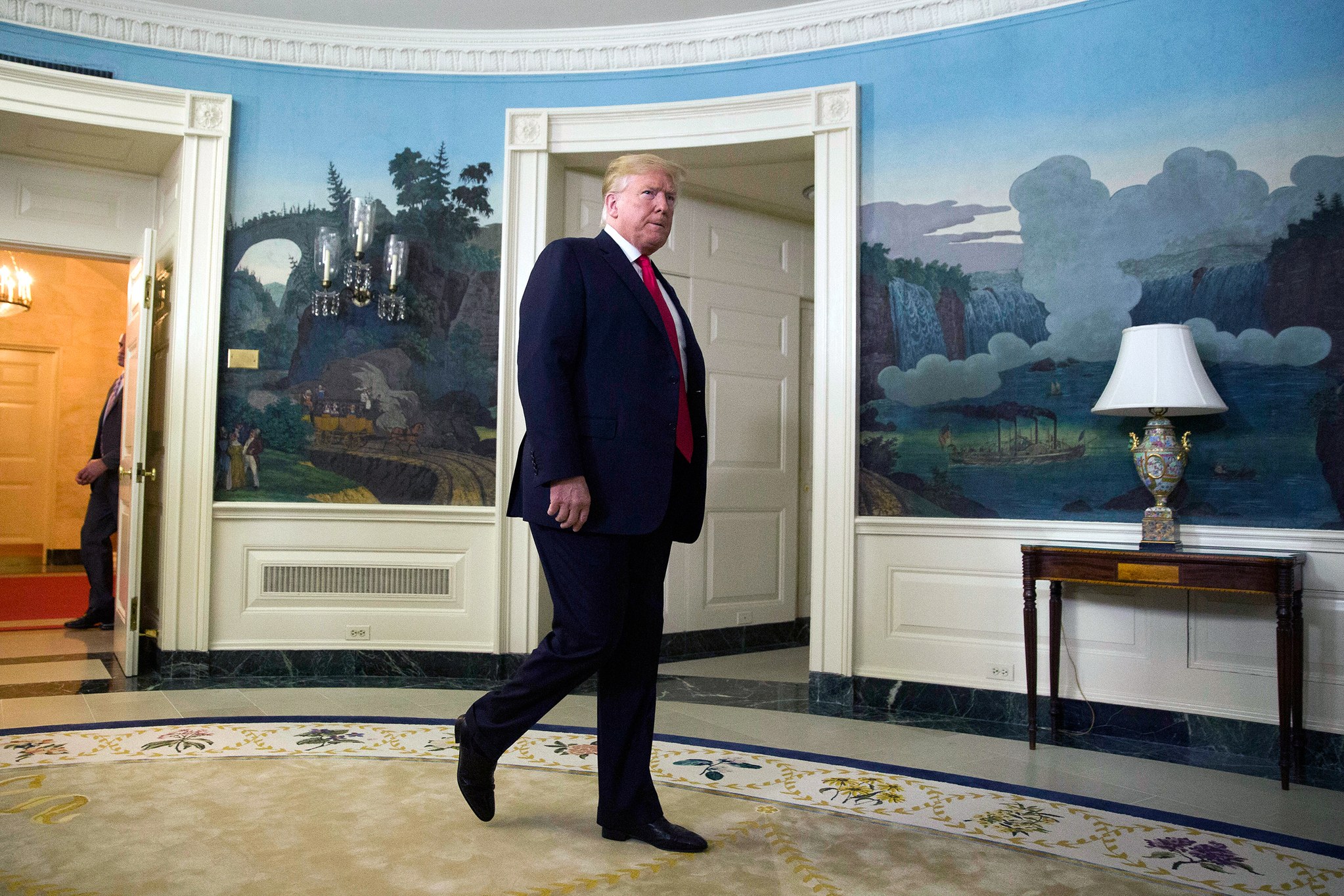 The third year of Donald Trump’s Presidency has dawned in characteristic fashion. Large parts of the federal government are still shut down. Trump is attacking the media. On Monday, he skipped out of a wreath-laying ceremony at the Martin Luther King, Jr., memorial after two minutes. His lawyer-cum-spokesman, Rudy Giuliani, said during the weekend that the President pursued a deal to build a Trump Tower in Moscow right through Election Day in 2016. And there is yet another book out detailing the chaos and backstabbing in the White House.

At this stage, a publisher should perhaps commission a book from Trump, or even the Vice-President, Mike Pence, that puts a more positive spin on the Administration’s record. At least it would have some amusement value, and the ghostwriter hired to do the job would have plenty of people to interview. Trump has already had five communications directors, three chiefs of staff, three national-security advisers, two Secretaries of State, and two C.I.A. directors. His second Secretary of Homeland Security, Kirstjen Nielsen, is expected to quit any day now, and his government is operating with an acting chief of staff, an acting Secretary of Defense, and an acting Attorney General. Arguably, anybody who works for Trump should carry the title “acting.” As he remarked, in November, 2017, “I am the only one that matters.”

The attitude of L’état, c’est moi, which Trump inherited from France’s Louis XIV, along with a passion for ostentatious gold furnishings, is one of the many assaults on democratic norms that we have grown accustomed to during the past twenty-four months. Trump has “called for the persecution of his political enemies and the protection of his allies,” David Leonhardt, of the Times, wrotein a recent piece calling for Trump’s impeachment. “He has attempted to obstruct justice. He has tried to shake the public’s confidence in one democratic institution after another, including the press, federal law enforcement and the federal judiciary.” Yoni Appelbaum, of The Atlantic, filled out the rap sheet: “He has failed to disclose or divest himself from his extensive financial interests, instead using the platform of the presidency to promote them. . . . He pledged to ban entry into the United States on the basis of religion, and did his best to follow through. . . . He has assailed black protestors. . . . He has falsely alleged that America’s electoral system is subject to massive fraud, impugning election results with which he disagrees as irredeemably tainted. . . . These actions are, in sum, an attack on the very foundations of America’s constitutional democracy.”

From the beginning, it was clear that Trump’s narcissism, amorality, disregard for the truth, and authoritarian tendencies presented a grave threat. The question was how much he would be reined in by the fabled checks and balances that the Founders erected to prevent the emergence of an overweening Presidency—the split between the executive and the legislature, the independent judiciary, the free press, regular elections to elicit the will of the people. To express it another way, the question was: Who was the more powerful, Donald Trump or Thomas Jefferson? So far, Jefferson is winning on points. For the most part, the institutions of American democracy have withstood the assaults they have been subjected to, frustrating and infuriating Trump in equal measure.

Notwithstanding Tuesday’s 5–4 vote by the Supreme Court that revived the Administration’s execrable and pointless ban on transgender people serving in the military, the first line of resistance has been the judiciary, which has slowed, and in some cases blocked entirely, the Administration’s efforts to overturn precedent and due process. Trump likes to fulminate against the members of the Court of Appeals for the Ninth Circuit, which forced him to revise his travel ban, but many other courts have also ruled against the Administration, including the Supreme Court. Before Christmas, it refused to allow the Department of Homeland Security to enforce a new policy that would prevent people who cross the southern border from claiming asylum. Last week, an effort by Wilbur Ross, the multimillionaire Secretary of Commerce, to add a citizenship question to the 2020 census was blocked by a federal judge in Manhattan, Jesse M. Furman, who said that it would violate a “veritable smorgasbord” of federal laws and regulations. Quoting another one of the Founders, John Adams, Furman wrote, “To conclude otherwise and let Secretary Ross’s decision stand would undermine the proposition—central to the rule of law—that ours is a ‘government of laws, and not of men.’ ”

To many people who live under repressive regimes, the most distinctive U.S. law is the First Amendment. Rather than seeking to muzzle the media, which would have created more legal challenges, Trump has sought to discredit it. To some extent, he has succeeded in persuading many Americans not to believe what they see or hear from mainstream news outlets. Over the weekend, he seized upon the decision by the special counsel, Robert Mueller, to dispute an explosive report from BuzzFeed News that claimed Trump told Michael Cohen, his former personal lawyer, to lie to Congress. “A very sad day for journalism, but a great day for our Country!” Trump tweeted, on Friday night. A bit later, he fired off one of his “ENEMY OF THE PEOPLE” tweets.

Mueller’s unprecedented intervention raised some awkward questions about BuzzFeed’s sourcing, but the furor needs to be placed in context. Just eleven days ago, the Times reported that in May, 2017, the F.B.I. launched a counterintelligence investigation “to determine whether Mr. Trump was knowingly working for Russia or had unwittingly fallen under Moscow’s influence.” Last week, the Washington Post reported that top executives of T-Mobile, a big telecommunications company seeking the Trump Administration’s approval for a merger, have been staying at Trump’s Washington hotel. Neither of these stories has been challenged. And don’t be too harsh on BuzzFeed, either. In confirming over the weekend that Trump pursued a Trump Tower Moscow deal late into the 2016 campaign, Giuliani merely added new details to a story that BuzzFeed first reported last May. (On Monday, Giuliani said that his comments about the Moscow project were “hypothetical.”)

It now seems certain that this is going to happen, and Trump’s fate probably depends on what Mueller’s report to the Justice Department contains. If the special counsel presents clear evidence that the Trump campaign colluded with Russia, or that Trump is in some way personally beholden to Moscow, as his words and actions would suggest, impeachment hearings are inevitable. If the material on Russian interference is merely damning, rather than probative, and the most clear-cut evidence of Presidential wrongdoing relates to obstruction of justice after the election, the Democrats will be faced with a dilemma: Should they go ahead with impeachment, in an effort to get rid of Trump? Or should they back off, on the grounds that a trial in the Senate would be unlikely to end in a conviction, and, in any case, an embattled Trump may be easier to defeat in 2020 than Pence?

And the drama of a possible impeachment is only part of the story about to play out on Capitol Hill. Now that the opposition party controls the House, Congress will finally perform its allotted role of oversight—not just of Trump and his self-enrichment but of all the grifters and ideologues he has appointed to other agencies. This will make Trump even more furious.