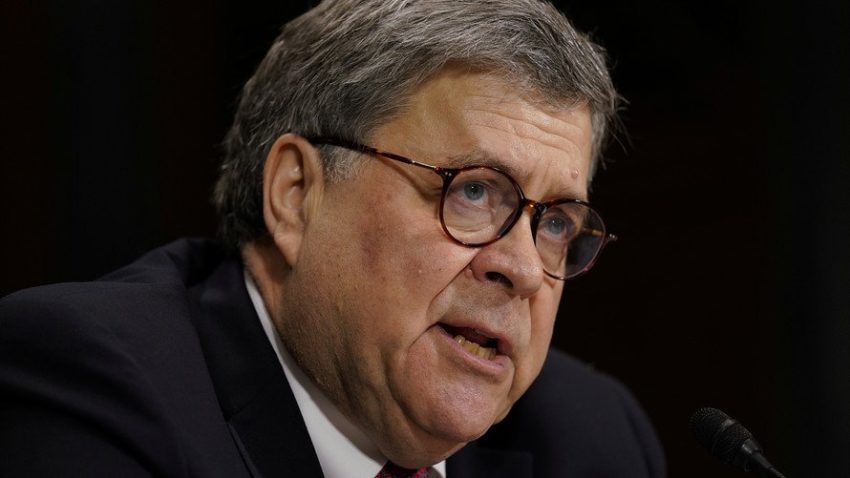 The House is set to vote Wednesday to hold Attorney General William P. Barr and Commerce Secretary Wilbur Ross in criminal contempt for failing to provide documents related to the Trump administration’s efforts to add a question on citizenship to the 2020 Census, further escalating tensions between Democrats and the White House over congressional oversight.

After a string of legal defeats, President Trump last week abruptly retreated from his efforts to add the question to the census, announcing that he will instead order federal agencies to provide the Commerce Department with records on the numbers of citizens and noncitizens in the country.

But lawmakers continue to demand answers about the motivations behind the administration’s 19-month effort to ask about citizenship status on the decennial survey. In May, new evidence emerged suggesting that the question was crafted specifically to give an electoral advantage to Republicans and whites. The Trump administration has said it needs the information to better enforce the Voting Rights Act.

In an interview Wednesday morning on Fox Business Network, Ross dismissed the planned vote in the House as “just more political theater” and defended his department’s response to the House Oversight Committee’s inquiry.

“We produced to the committee over 14,000 pages of documents,” Ross said. “What’s an issue here is about a dozen documents, roughly 15 pages, all of which the courts didn’t find necessary to make their conclusion.”

In April, the Oversight Committee authorized its chairman, Rep. Elijah E. Cummings (D-Md.), to issue subpoenas for a deposition of John Gore, principal deputy assistant attorney general, and to Barr and Ross for documents related to the 2020 Census decision. But the Justice Department said it would not comply with the subpoena for Gore to testify about the question, and the administration has vowed to stonewall all House subpoenas.

Ross maintained Wednesday that the administration will push ahead on gathering citizenship data through other means.

“Well, I think it’s just gamesmanship on their part,” he said of the continued opposition by Democrats. “They know we’re going to come much closer to the answer than we ever have before, because with the president’s executive order, we’re having much better access to federal documents than we ever had before.”

Trump’s order came after the Supreme Court ruled that the administration cannot move forward on adding the question without providing a solid justification for its plan.

During Wednesday’s floor debate, Republicans echoed Ross’s claim that Democrats’ holding of the vote was merely a political show.

“We may be in July, but it’s Groundhog Day all over again,” House Minority Leader Kevin McCarthy (R-Calif.) said. Pointing to the contempt vote, a potential impeachment vote and Tuesday’s resolutioncondemning Trump’s tweets about four minority Democratic congresswomen, McCarthy said Democrats are consumed with passing measures “attacking Trump” while voters are more concerned with kitchen-table issues.

Rep. Carol Miller (R-W.Va.) defended the administration’s efforts to inquire about citizenship, contending that asking such a question is “standard operating procedure” in other countries, including Canada and Australia.

“Knowing who is in our country should not be controversial,” Miller said, accusing Democrats of having “blurred fact and fiction on this issue.”

Some Democrats responded by arguing that the administration’s efforts were part of a broader pattern of seeking to dilute the power of minority voters. Rep. Gerald E. Connolly (D-Va.) said the push for the citizenship question was “disturbing” because “it’s in a context of voter suppression that’s all across America.”

“Asking the citizenship question on the census is part and parcel of that scheme to discourage minority voting in America, to frighten immigrant communities,” Connolly said.

Others, such as Rep. Jamie B. Raskin (D-Md.), said the battle was about congressional oversight of the executive branch, noting that the Trump administration had “already lost” the policy battle in the courts.

“They lost because their justification was ‘contrived,’ according to Chief Justice Roberts,” Raskin said, adding: “This is about congressional power.”

Wednesday’s vote is only the latest attempt by House Democrats to force the administration to submit to congressional oversight. Last month, the House voted to seek court enforcement of subpoenas for Barr and former White House counsel Donald McGahn.

A move by the House to hold a sitting attorney general in contempt of Congress is rare but not unprecedented: In 2012, the Republican-led House voted to hold then-Attorney General Eric H. Holder Jr. in contempt over his failure to provide material in the probe of Operation Fast and Furious, a federal government program targeting gun trafficking by Mexican cartels.

Rachael Bade and Matt Zapotosky contributed to this report.