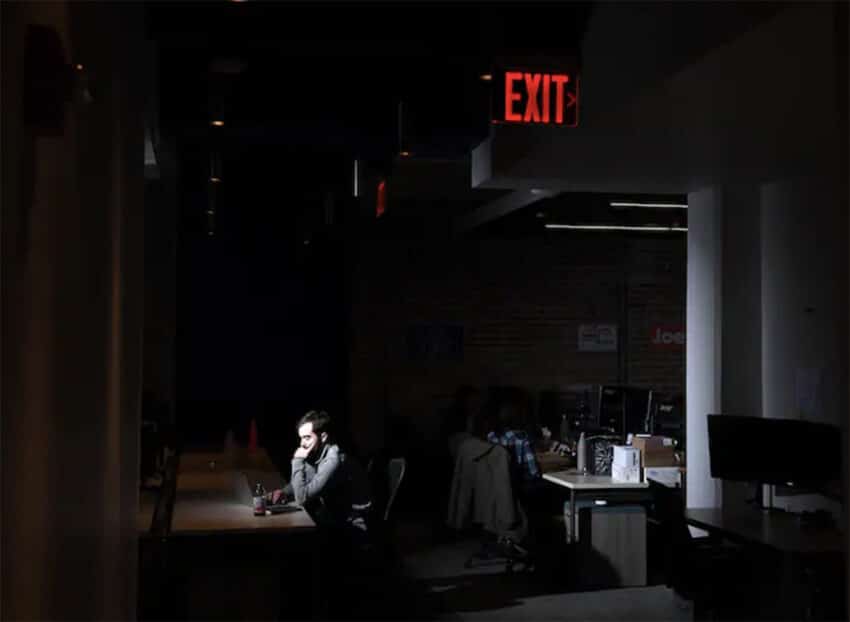 “We’re on the verge of BANKRUPTCY.”

“Trump is INCHES away from firing Robert Mueller.”

The catastrophic language yielded a fundraising bonanza for clients of Mothership Strategies, a little-known and relatively new digital consulting firm that raked in tens of millions of dollars from a tide of small donations that flowed to Democrats during the 2018 midterm elections.

The firm’s ascendancy as one of the highest-paid vendors of the election since its launch four years ago speaks to how lucrative the explosion of small-dollar donations has been for a group of savvy political consultants who saw the wave of cash coming — and built a business model to capi­tal­ize off it.

But its lightning-quick rise also has sparked consternation in Democratic circles, where Mothership is sometimes derided as the “M-word” because of its aggressive and sometimes misleading tactics, such as claiming in fundraising appeals that President Trump is preparing to fire the special counsel. Some critics call its approach unethical, saying the company profits off stoking fear of Trump and making the sort of exaggerated claims they associate with the president.

“A donor should contribute based on their personal interests and [support for] the candidate or issue they’re being solicited by. It shouldn’t be by a sense of urgency or fear, which was used in 2016 and our current administration uses,” said Junelle Cavero Harnal, a Democratic consultant, who said she has mixed feelings about the work Mothership Strategies did last cycle for one of her clients, a congressional candidate in Arizona.

The company’s three millennial founders are unapologetic about their tactics — so much so that one employee’s bio on the company’s website touts she has “mastered the ALL CAPS SUBJECT LINE.

The tone of their email appeals, they said, is in keeping with the Trump era.

“This is a unique moment in American history. The urgency in our emails, the volume of our emails, reflect that,” said Jake Lipsett, 25, during an interview at the firm’s sleek offices near the District’s Columbia Heights neighborhood. Seated next to him was his 2-year-old Goldendoodle, C.J. Cregg, named after the White House press secretary in the television political drama “The West Wing.”

“Every day, there’s breaking news coming out — Donald Trump has done something new that is actually outrageous,” Lipsett said. “Keeping people informed of that and capitalizing on these big moments is something that’s really important.”

Lipsett met the other co-founders of Mothership — Charles Starnes and Greg Berlin, both 32 — at the Democratic Congressional Campaign Committee, where they worked in digital outreach and fundraising. They credit their success to that experience and to their connections in Democratic circles.

The firm has grown rapidly, from fewer than 40 staffers in January 2017 to 100 by the end of 2018. The company said it helped raise nearly $150 million for its clients in the 2018 cycle. That surge of cash helped make Mothership one of the top paid firms in what was the most expensive midterm election in U.S. history, collecting $35 million for its services from political committees during the past two years, according to Federal Election Commission records.

Lipsett, Starnes and Berlin said the company retained less than half of the money it was paid, with the rest passed on to their vendors for expenses.

They declined to discuss the company’s profits or reveal their salaries. However, they acknowledge the firm has brought them success. Public records show that in the second half of 2017, all three men purchased homes worth more than $1 million each in snazzy Washington neighborhoods not far from Mothership’s offices.

“Any successes that we’ve gained — and we’ve obviously been fortunate enough to grow so far — for me, it is 100 percent about . . . how we’re helping out different candidates and causes that we believe in,” Berlin said. “That’s the driving force behind all of this.”

They now are considering trying to land a 2020 presidential campaign as a client.

“We want to be at the center of the Democratic universe,” Lipsett said.

Some critics note that the firm charges some clients a commission of 15 percent on funds raised online — much higher than the industry standard of 7 to 10 percent.

The company’s profits are built on exaggerating fears, some fellow Democrats say, and could erode trust among small donors needed to help 2020 presidential contenders compete with Trump’s loyal base of contributors — and beyond

“The people we’re talking to right now are the same people we’re going to be talking to for two years, four years. If every day is, ‘The sky is falling, and the world is about to end,’ then eventually that message stops working,” said Betsy Hoover, who served as director of digital organizing for President Barack Obama’s 2012 reelection campaign and helped found 270 Strategies, another Democratic consulting firm.

Mothership’s ability to fundraise was “revolutionizing,” Cavero said, helping the campaign raise $2.5 million in donations of $200 or less — more than half the entire haul. But the campaign struggled to tone down the language in a way that was aligned with Tipirneni’s message, she said.

“ ‘The world is falling down, it’s caving in, donate $5’ — that’s not the right approach. We didn’t want that on Hiral’s campaign,” Cavero said. “The constant struggle was that Hiral wanted to run a campaign that wasn’t, ‘The roof is coming down on us.’ But on their side, they’re saying, ‘That’s the most high generating [one].’ ”

Mothership was responsive to the campaign’s requests to ratchet back its tone, she said. Tipirneni lost her congressional bid. But overall, Cavero said, she was pleased with the firm’s results.

“Would I use Mothership again? Yes,” she said.

Mothership’s specialty of producing high-octane, urgent email appeals paid dividends in 2018 midterms as candidates competed to tap into the gusher of small-dollar donations that flowed to Democrats.

The first sign of the grass roots fundraising wave came in 2017, when Democrat Jon Ossoff ran against Republican Karen Handel in a special election to fill an open seat in suburban Atlanta.

With Mothership as his campaign’s digital consulting firm, Ossoff raised $31.6 million, more than 60 percent of it in donations of less than $200. His campaign was the most expensive House race in history.

“The Ossoff race proved to us how much energy was truly out there. It was the first test case of the cycle,” Berlin said.

Around the same time, Mothership signed on the campaign of Rob Quist, a musician turned Democratic congressional candidate in Montana. The campaign raised an eye-popping $6.7 million in less than three months, 70 percent of it in donations of less than $200.

Despite their fundraising successes, both Ossoff and Quist lost. Officials with their campaigns declined to comment.

Mothership Strategies then worked on Democrat Doug Jones’s campaign for the Senate in Alabama, which raised $25 million — nearly 55 percent of it in small donations. Jones defeated Republican Roy Moore, who was tarnished by accusations he pursued relationships with teenage girls while he was in his 30s. Moore has denied the accusations.

Another factor that has contributed to Mothership’s financial success: It drew substantial business last cycle from companies run by friends.

About a quarter of the payments that flowed to Mothership during the midterm elections came not from campaigns, but from political entities run by operatives with whom the Mothership founders have personal and professional ties, according to public records.

The three groups — End Citizens United, Progressive Turnout Project and National Democratic Training Committee — together paid more than $9 million to Mothership, records show. Officials with all three groups previously worked with Starnes on past campaigns for Rep. Bradley Schneider (D-Ill.). In addition, in 2018, Lipsett married the political director of End Citizens United, which has been a Mothership client for several years.

Some of the sharpest criticism of Mothership has come in connection with the company’s work for Progressive Turnout Project, which was the firm’s top non-campaign client in 2018, FEC records show.

The Illinois-based group, which says it helps turn out voters for Democrats in key congressional districts, raised $23 million during the 2018 election cycle, filings show. About $4 million — 17 percent of their total expenditures — went to Mothership for email fundraising and voter persuasion.

Recipients of Progressive Turnout Project’s emails have publicly lambasted the group on social media and in online forums, complaining they received a barrage of misleading and even threatening messages. One email, for example, suggested that the recipients’ friends and neighbors would be notified if they failed to cast a ballot, according to a copy posted online and confirmed by the group.

Some donors complained they believed they had signed up for a one-time donation, only to learn the group was drawing recurring monthly amounts from their bank accounts.

“Trump is INCHES away from firing Robert Mueller,” read an early December email, created for the group by Mothership, according to the group. “Mueller is helpless. If you’re a good person, you have to sign RIGHT NOW.”

Alex Morgan, executive director of Progressive Turnout Project, said he is aware of the criticism, but defended his group’s approach.

“We know that the headlines on these emails can be provocative or alarming. But I still would argue we are in a frightening time in our country,” Morgan said.

He said “vote history” messages — which relay a voter’s past participation in elections based on public records — are proven to boost turnout. And he said the group makes sure a staffer is always available to rectify errors or refund unintended donations.

The founders of Mothership declined to discuss their work for Progressive Turnout Project and other clients — but said the results show their approach works.

“It’s important to have a strong narrative,” Starnes said, “and get people’s attention and cut through the noise.”

Alice Crites contributed to this report.