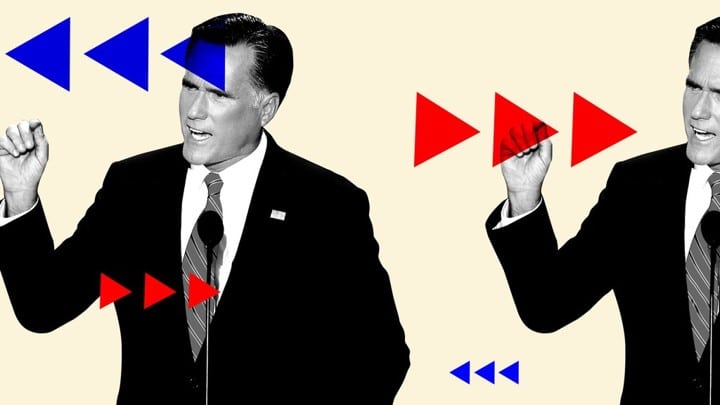 Comparing the president’s behavior to that of an autocrat, the Republican senator explains to The Atlantic why he’s voting to convict him.

Mitt Romney didn’t want to go through with it.

“This has been the most difficult decision I have ever had to make in my life,” he told me yesterday afternoon in his Senate office. Roughly 24 hours later, Romney would deliver a speech announcing that he was voting to convict President Donald Trump on the first article of impeachment—abuse of power. For weeks, the senator from Utah had sat silently in the impeachment trial alongside his 99 colleagues, reviewing the evidence at night and praying for guidance. The gravity of the moment weighed on him, as did the pressure from members of his own party to acquit their leader. As his conscience tugged at him, he said, the exercise took on a spiritual dimension.

Romney, a devout member of the Church of Jesus Christ of Latter-day Saints, described to me the power of taking an oath before God: “It’s something which I take very seriously.” Throughout the trial, he said, he was guided by his father’s favorite verse of Mormon scripture: Search diligently, pray always, and be believing, and all things shall work together for your good. “I have gone through a process of very thorough analysis and searching, and I have prayed through this process,” he told me. “But I don’t pretend that God told me what to do.”

According to Romney’s interpretation of Alexander Hamilton’s treatise on impeachment in “Federalist No. 65”—which he says he’s read “multiple, multiple times”—Trump’s attempts to enlist the Ukrainian president in interfering with the 2020 election clearly rose to the level of “high crimes and misdemeanors.” (He told me he would not vote to convict on the second article of impeachment, obstruction of Congress.)

Romney’s vote will do little to reorient the political landscape. The president’s acquittal has been all but certain for weeks, as Republicans have circled the wagons to protect Trump. But the Utahan’s sharp indictment ensures that at least one dissenting voice from within the president’s party will be on the record—and Romney seems to believe history will vindicate his decision.

He also knows his vote will likely make him a pariah on the right. Already, he says, he’s experienced firsthand the ire of the base. At an airport recently, a stranger yelled at him, “You ought to be ashamed!” During a trip to Florida with his wife this past weekend, someone shouted “Traitor!” from a car window.

Eight years ago, he was the leader of the Republican Party, its nominee for president. Today, he has become accustomed to a kind of political loneliness. Romney famously opposed Trump’s candidacy in 2016, and while the rest of his party has fallen in line since then, he has remained stubbornly independent—infuriating Trump, who routinely derides him in public as a “pompous ass” and worse. As I wrote last year, this dynamic seems to have liberated the senator in a way that’s unlike anything he has experienced in his political career.

Read: The liberation of Mitt Romney

Still, when the senator invited me to his Capitol Hill office yesterday, I was unsure what he would reveal. Romney had been largely silent throughout the impeachment proceedings, giving little indication of which way he was leaning. I half-expected to find a cowed and calculating politician ready with a list of excuses for caving. (His staff granted the interview on the condition that it would be embargoed until he took to the Senate floor.)

Instead, I found Romney filled with what seemed like righteous indignation about the president’s misconduct—quoting hymns and scripture, expressing dismay at his party, and bracing for the political backlash.

Romney confessed that he’d spent much of the impeachment trial hoping a way out would present itself: “I did not want to get here.” In fact, that was part of the reason he wanted former National Security Adviser John Bolton to testify about what Trump had told him. “I had the hope that he would be able to say something exculpatory and create reasonable doubt, so I wouldn’t have to vote to convict,” Romney said.

Still, he found the case presented by the president’s defense team unpersuasive. Romney had a hard time believing, for example, that Trump had been acting out of a desire to crack down on corruption when he tried to pressure Ukrainian President Volodymyr Zelensky to investigate former Vice President Joe Biden and his son Hunter. The Bidens’ alleged conflicts of interest may have been “ugly,” Romney said, but it was never established that they warranted a criminal investigation. “No crime was alleged by the defense, and yet the president went to an extreme level to investigate these two people … and for what purpose?” The only motive that made sense, he determined, was a political one.

Romney was similarly unmoved by the Trump attorney Alan Dershowitz’s contention that a president who believes his reelection is in the national interest can’t be impeached for pursuing a political advantage. “I had Professor Dershowitz for criminal law in law school,” Romney said, “and he was known to occasionally take his argument to its illogical conclusion.” Nor was the senator swayed by the theory that a president can be impeached only for breaking a statutory law. “To use an old Mormon hymn phrase, that makes reason stare,” he said. “The idea that Congress would have to anticipate all of the offensive things a president could possibly do, and then make them a statute?” Romney posed a hypothetical: What if the president decided to pardon every Republican in prison nationwide, while leaving every Democrat locked up? “There’s no law against that!” he said. “So it’s not a crime or misdemeanor. But it’s obviously absurd.”

Adam J. White: A republic, if we can keep it

When I asked Romney why none of his fellow Republicans had reached the same conclusion, he attempted diplomacy. “I’m not going to try and determine the thinking or motives of my colleagues,” he said. “I think it’s a mistake for any senator to try and get in the head of another senator and judge them.” But as he discussed the various rationalizations put forth by other Republican senators, he seemed to grow exasperated. He took particular issue with the idea—currently quite trendy in his caucus—that Trump’s fate should be decided at the ballot box, not in the Senate.

“I would have liked to have abdicated my responsibility as I understood it under the Constitution and under the writing of the Founders by saying, ‘Let’s leave this to the voters.’” But, he said, “I’m subject to my own conscience.”

When I asked how it felt to be formally disinvited from this month’s Conservative Political Action Conference, he laughed and noted that he hadn’t attended the conference since 2013. But it seems clear that his journey from GOP standard-bearer to party supervillain has been jarring.

“I was under the misimpression that what brought Republican voters together was conviction in a certain number of policy points of view,” Romney said. He recalled a political strategist during one of his early campaigns explaining how to court the three main factions of the GOP coalition—social conservatives, fiscal conservatives, and foreign-policy hawks. Much of Romney’s career since then has been spent trying to win over ideological purists on the right. In 2012, he said, some Tea Party activists refused to support him, because he didn’t have a plan to balance the federal budget within a single year.

Now the conservative movement is ruled by a president who routinely makes a mockery of such litmus tests. Deficit reduction? “There’s no purchase for that,” Romney said. Foreign policy? “The letters with Kim Jong Un didn’t seem to frighten people away … The meeting with the Russian ambassador in the White House right after the election didn’t seem to bother people.” Somehow, Romney said, he is the one constantly being told that he needs to “be with the president.”

“I get that a lot—‘Be with the president,’” Romney told me, sounding slightly perplexed. “And I’ll say, ‘Regardless of his point of view? Regardless of the issue?’ And they say yes. And … it’s like, ‘Well, no, I can’t do that.’”

For now, Romney said, he is bracing for an uncertain political future. He said he can’t predict whether Trump will emerge from the impeachment battle emboldened or constrained, but he doubts the experience has shaken him: “I think what’s fair to say about the president is that he doesn’t change his ways a lot.” Nor is he expecting that their relationship will be easily repaired. (“We’ll burn that bridge when we come to it,” he joked.) Romney acknowledged that his vote to convict may hamper his own ability to legislate, at least for a while. “I don’t know how long the blowback might exist or how strenuous it might be, but I’m anticipating a long time and a very strong response.”

Though he said he won’t make an endorsement in this year’s presidential election, Romney was clear that he will not cast a ballot for Trump. But, he said, “under no circumstances would I vote for Bernie Sanders or Elizabeth Warren to become president of the United States.” In 2016, he wrote in his wife’s name, and he told me, “She’ll probably get [a] second vote.”

For months, Romney’s detractors on both the right and the left have searched for an ulterior motive to his maneuvering, convinced that a secret cynicism lurked beneath his lofty appeals to conscience and principle. Just last week, the Washington Examiner ran a story speculating that the senator might be positioning himself for a presidential run in 2024. When I asked Romney about the report, he erupted in laughter. “Yes! That’s it! They caught me!” he proclaimed. “Look at the base I have! It’s going to be at least 2 or 3 percent of the Republican Party. As goes Utah, so goes the nation!”

The truth is that Romney’s decisive break with Trump could end up hurting him even in Utah, a red state where the president is uncommonly unpopular. What that means for his reelection prospects, the senator couldn’t say. (He doesn’t have to face voters again until 2024.) But as he thought about it, another hymn came to mind. “Do what is right; let the consequence follow,” he recited. “And I don’t know what all the consequences will be.”

We want to hear what you think about this article. Submit a letter to the editor or write to letters@theatlantic.com.

MCKAY COPPINS is a staff writer at The Atlantic and the author of The Wilderness, a book about the battle over the future of the Republican Party.
ConnectTwitter