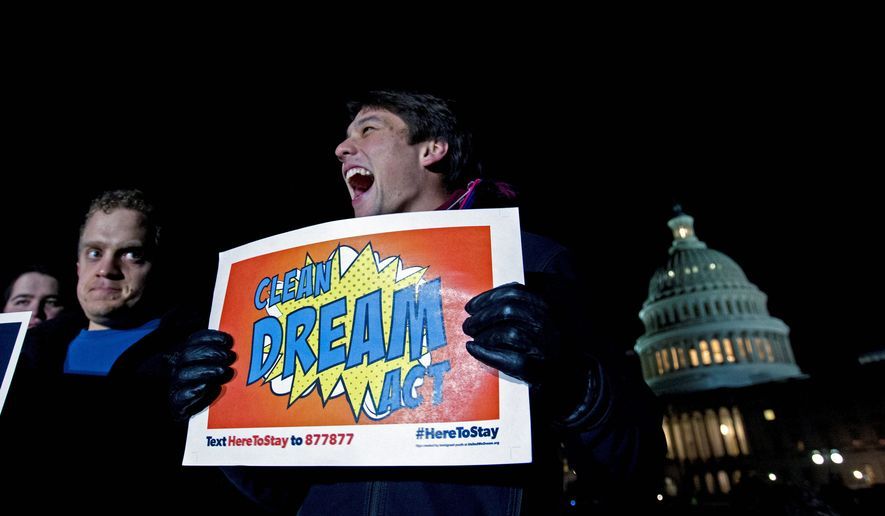 The recipe for the current congressional gridlock is complex, but at the top of the list of ingredients are the illegal immigrant Dreamers who pushed Democrats to launch the filibuster that sent the government careening into a partial shutdown.

It’s a stunning display of political leverage for a group that, at most, numbers several million, can’t vote now, and even under the most generous proposals wouldn’t be able to cast ballots for another decade.

Yet they have amassed an extraordinary amount of power, comparable to the much larger tea party movement that helped precipitate the last shutdown in 2013.

In the wake of Friday’s shutdown vote in the Senate, which dozens of Dreamers watched from the public viewing galleries, they claimed victory.