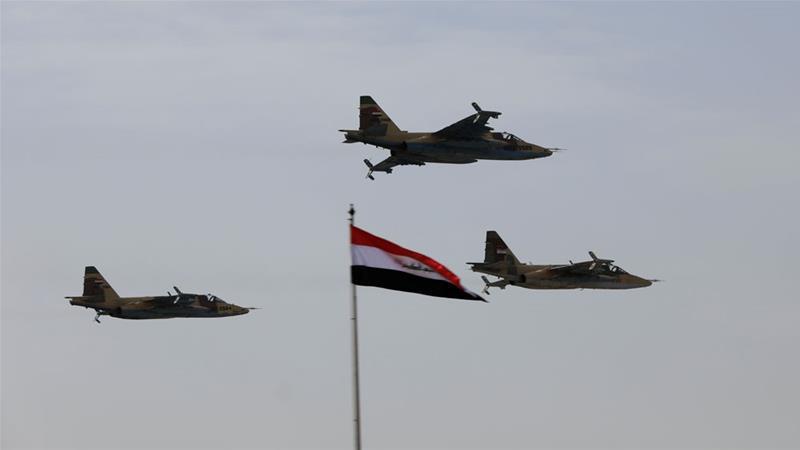 Iraq says it has carried out “deadly air strikes” against fighters of the Islamic State of Iraq and the Levant (ISIL, also known as ISIS) group, situated in pockets inside neighboring Syria.

Iraqi F-16 fighter jets crossed into Syria on Thursday in coordination with the Syrian army, al-Abadi’s office said in a statement.

“Based on orders from the commander-in-chief of the armed forces, Haider al-Abadi, our heroic air force carried out deadly air strikes against ISIL sites in Syria on Thursday near the border with Iraq,” it said.

According to the statement, the attacks countered dangers posed by ISIL and reflected the Iraqi armed forces’ “military capabilities in fighting terror”.

According to an Iraqi military spokesperson, the operation was fully coordinated with the Syrian army.

Al-Abadi formally declared victory over ISIL last year with the help of a coalition made up of Kurdish Peshmerga forces and Shia-dominated paramilitary units.

But ISIL still poses a threat from pockets along the border with Syria and has continued to carry out ambushes and bombings across Iraq.

Also on Thursday, ISIL fighters were given 48 hours to leave a pocket they control in the south of the Syrian capital, Damascus, pro-government Al-Watan daily reported.