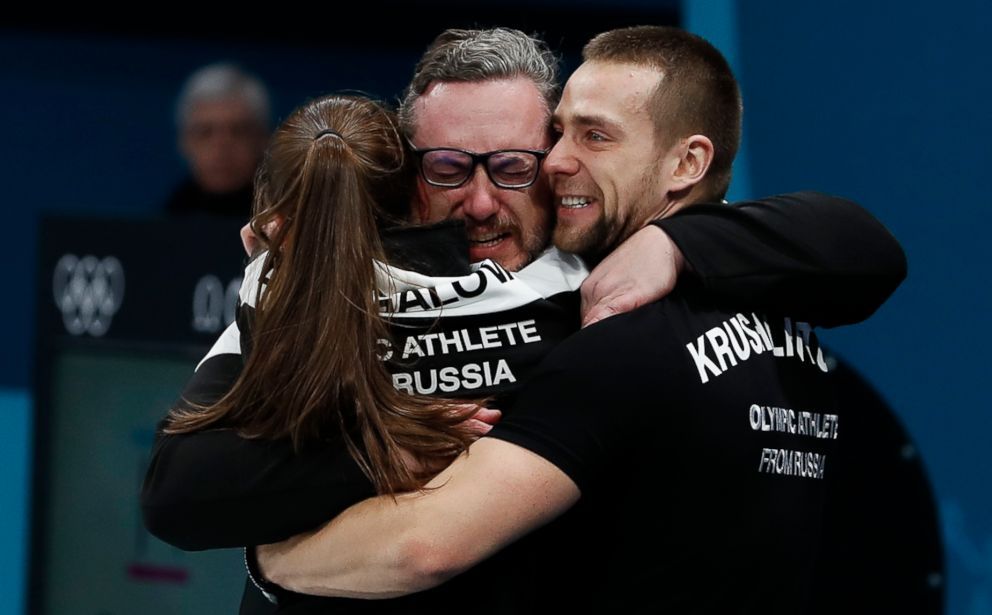 When word broke on Monday that a Russian Olympic curler was facing a doping charge, the curling world was floored. Not because of the tired cliche that curling isn’t a real sport (and therefore, why would a curler need to dope?) But because doping goes against the very essence of what curling is all about.

The charge against Alexander Krushelnitsky, who won the curling mixed doubles bronze medal last week with his partner Anastasia Bryzgalova , stands in stark contrast to curling’s noteworthy adherence to good sportsmanship, an ethos known as “The Spirit of Curling.” The World Curling Federation’s rules quite literally state that a true curler would prefer to lose than to win unfairly.

On Monday, Krushelnitsky’s fellow curlers were trying to make sense of the scandal, with some openly questioning whether Krushelnitsky had been slipped a banned substance without his knowledge. Russian Curling Federation president Dmitry Svishchev said it was possible someone spiked Krushelnitsky’s food or drink with meldonium, which was banned in 2016.

“You’d never know if it was on purpose or by accident, but obviously that’s been banned for a year and a half and I can’t imagine that that was something that happened on purpose,” said John Shuster, the captain of the U.S. men’s curling team. “So it’s just unfortunate, because I know them, we’ve played in the same mixed doubles tournaments of that team and they’re good people. … I hope that he has the spirit of curling in his heart like we all do.”

Though to the uninitiated, the idea of a curler using performance-enhancing drugs may seem bizarre, the sport does demand a high level of athleticism at the Olympic level. Curlers need to have strong core muscles and upper body strength in order to manage the often rigorous sweeping that helps them guide the rock down the ice.