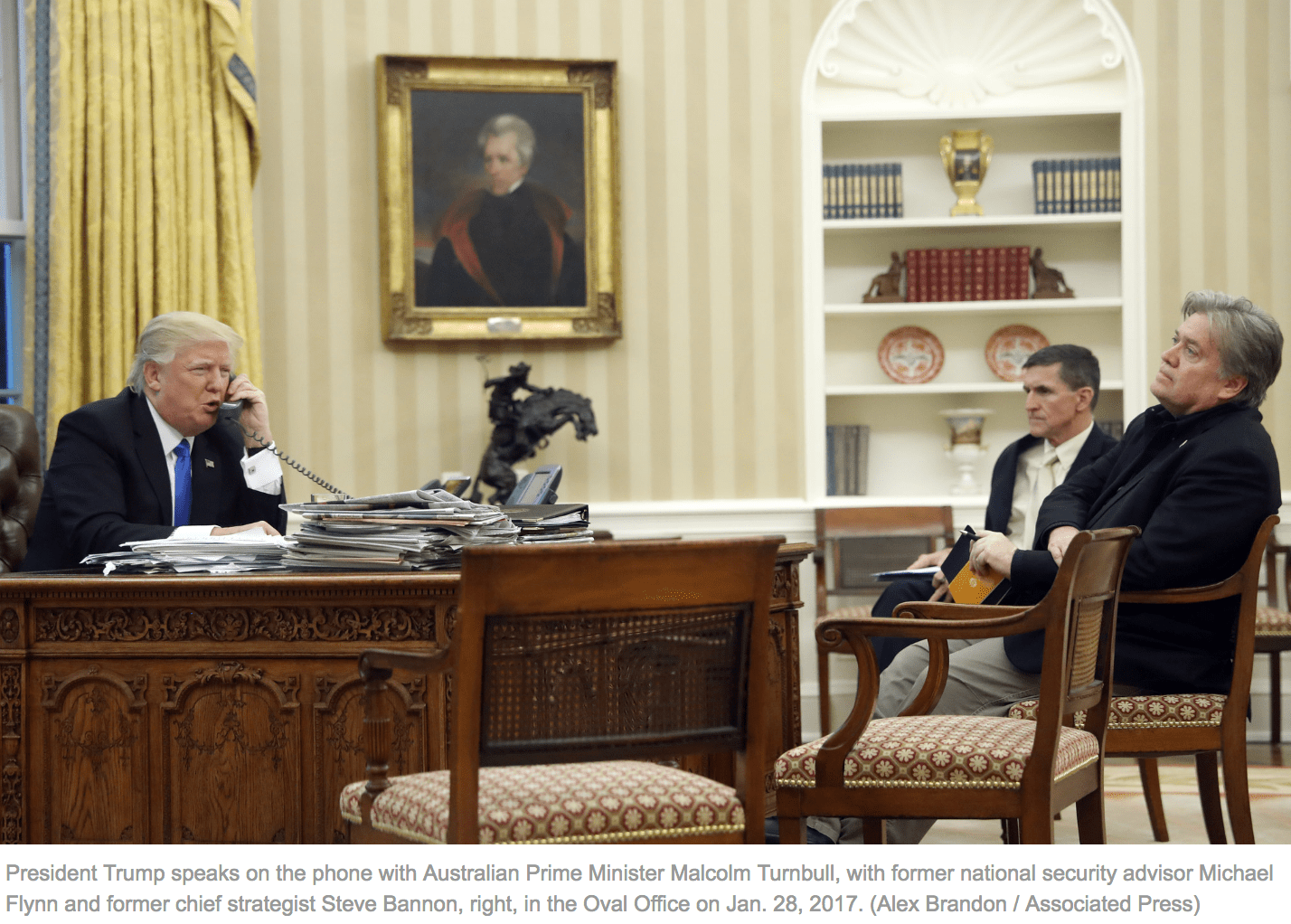 The former Breitbart head also told Wolff he expected investigators in the Russia probe to “crack Don Jr. like an egg on national TV.”

Bannon also believed that Don Jr. had taken the Russian lawyer — who was peddling dirt on Hillary Clinton — up to the 26th floor of Trump Tower to meet his dad, Wolff wrote.

“Steve Bannon was certain that after the [July 2016 Trump Tower] meeting, Trump, Jr. had taken the participants to see his father,” Wolff said.

The president has said he was unaware any meeting with Russians took place.

Trump called his former acting attorney general a “c—” when she refused to have the Justice Department uphold his travel ban on seven majority-Muslim countries, Wolff said.

“Trump conceived an early, obsessive antipathy for Deputy Attorney General Sally Yates. She was, he steamed, ‘such a c—,’” the journalist’s book said.

Trump had a trick he used when he wanted to pursue friend’s wives, according to Wolff.

“Trump liked to say that one of the things that made life worth living was getting your friends’ wives into bed. In pursuing a friend’s wife, he would try to persuade the wife that her husband was perhaps not what she thought. Then he’d have his secretary ask the friend into his office; once the friend arrived, Trump would engage in what was, for him, more or less constant sexual banter. ‘Do you still like having sex with your wife? How often? You must have had a better f— than your wife? Tell me about it. I have girls coming in from Los Angeles at three o’clock. We can go upstairs and have a great time. I promise …’ All the while, Trump would have his friend’s wife on the speakerphone, listening in,” Wolff wrote.

“For (Treasury Secretary) Steve Mnuchin and (former Trump White House chief of staff) Reince Priebus, the president was an ‘idiot.’ For (former Goldman Sachs exec) Gary Cohn, he was ‘dumb as sh-t.’ For (National Security Adviser) H.R. McMaster he was a ‘dope.’ The list went on,” Wolff said.