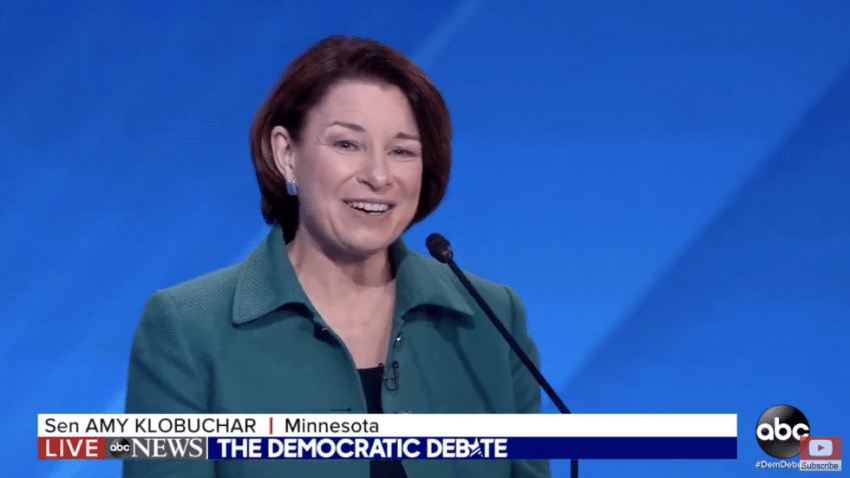 In her opening statement at the Democratic primary debate Thursday night, 2020 candidate for president Sen. Amy Klobuchar (D-MN) said she is the candidate for people who feel “stuck in the middle of the extremes” of politics.

SEN. AMY KLOBUCHAR (D-MN), CANDIDATE FOR PRESIDENT: Good evening, Texas Southern. I believe that what unites us up here, the 10 of us, is much stronger than what divides us. And I think that’s true of our country, too.

Now, I may not be the loudest person up here, but I think we’ve already got that in the White House.

Houston, we have a problem. This — we have a guy there that is literally running our country like a game show. He would rather lie than lead. I think we need something different.

I am someone that tells the truth. I don’t make promises that I can’t keep. I have people’s back. And I believe that to win, you bring people with you and that is how you govern, as well.

So, you’re going to hear a lot of ideas up here. Some will be great. But if you see that some of them seem a little off-track, I’ve got a better way. If you feel stuck in the middle of the extremes in our politics and you are tired of the noise and the nonsense, you’ve got a home with me, because I don’t want to be the president for half of America. I want to be the president for all of America.