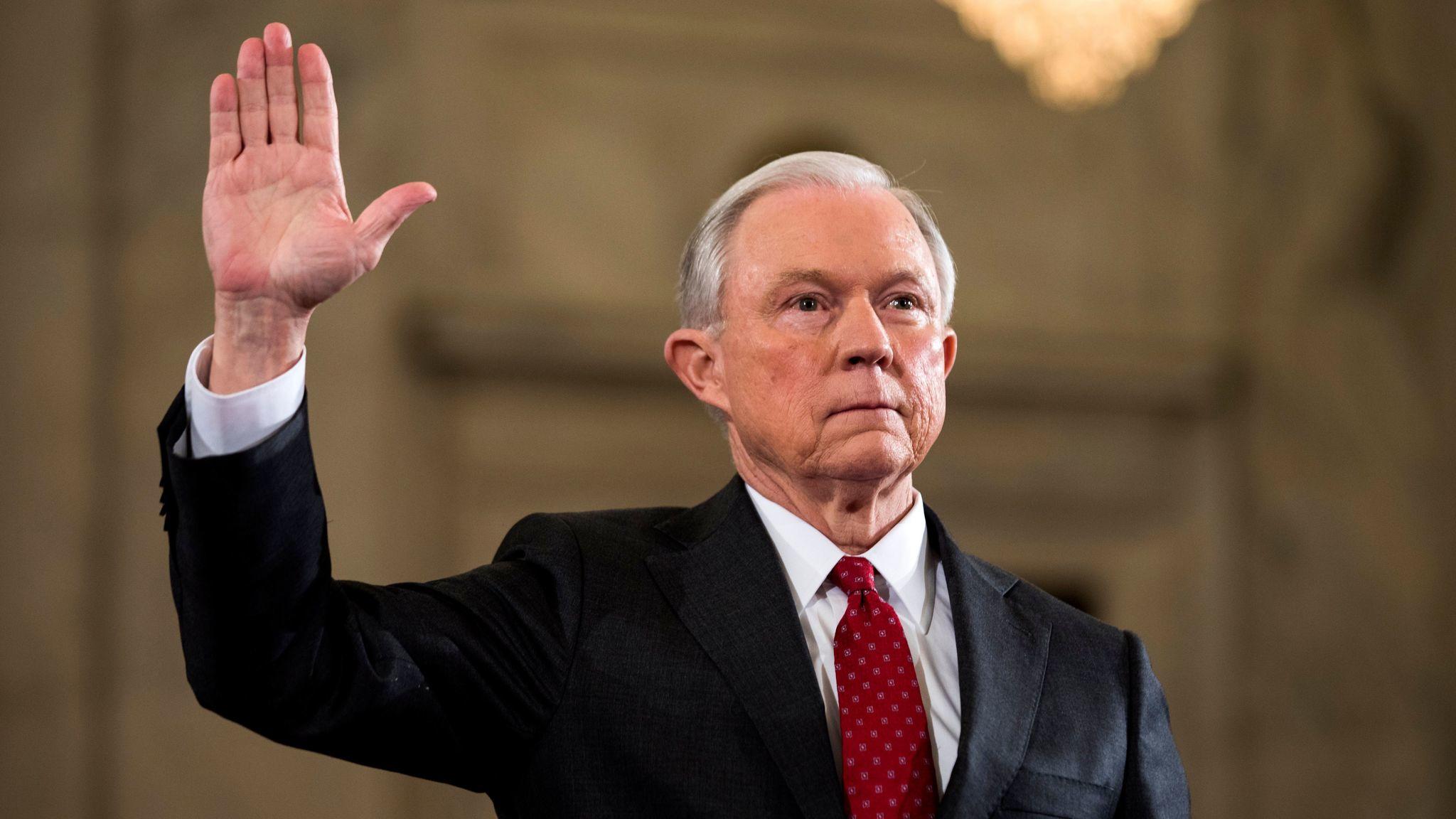 Jeff Sessions fires back at Trump: DOJ won’t ‘be improperly influenced’ by politics

Sessions fires back at Trump and National Enquirer publisher gets immunity  4 Hours Ago | 01:34

Attorney General Jeff Sessions fired back against President Donald Trump on Thursday, saying the Justice Department will not be “improperly influenced by political considerations.” Earlier, Trump attacked him on television, asking “what kind of a man is this?”

“I took control of the Department of Justice the day I was sworn in, which is why we have had unprecedented success at effectuating the President’s agenda,” Sessions said in the statement, which was posted on Twitter by Justice Department spokesperson Sarah Isgur Flores.

During an interview that aired hours earlier on “Fox & Friends,” Trump said Sessions “never took control of the Justice Department,” criticizing the former Alabama senator for recusing himself from the investigation into possible links between Trump’s 2016 presidential campaign and Russia.

Sessions “took the job and then he said, ‘I’m going to recuse myself.’ I said what kind of a man is this?” Trump said in the interview.

The statement Sessions released did not mention the “Fox & Friends” interview directly.

The back-and-forth between the president and his attorney general comes only two days after the president’s former personal lawyer and former campaign chairman became felons in what was perhaps the most catastrophic day in Trump’s presidency.

The exchange comes amid heightened speculation that Sessions could be on the chopping block. Earlier Thursday, Sen. Lindsey Graham, R-S.C., said that Trump could fire Sessions after the November midterms.

“I think there will come a time, sooner rather than later, where it will be time to have a new face and a fresh voice at the Department of Justice,” Graham told reporters on Thursday. Graham, an influential voice on the Senate’s powerful Judiciary Committee, said it was clear that Sessions did not have the confidence of the president.

The statement from Sessions was released as the attorney general headed to the White House to discuss criminal sentencing reform with the president and Jared Kushner, the president’s son-in-law and senior advisor.

Read the full statement below:

I took control of the Department of Justice the day I was sworn in, which is why we have had unprecedented success at effectuating the President’s agenda—one that protects the safety and security and rights of the American people, reduces violent crime, enforces our immigration laws, promotes economic growth, and advances religious liberty.

While I am Attorney General, the actions of the Department of Justice will not be improperly influenced by political considerations. I demand the highest standards, and where they are not met, I take action. However, no nation has a more talented, more dedicated group of law enforcement investigators and prosecutors than the United States. I am proud to serve with them and proud of the work we have done in successfully advancing the rule of law.