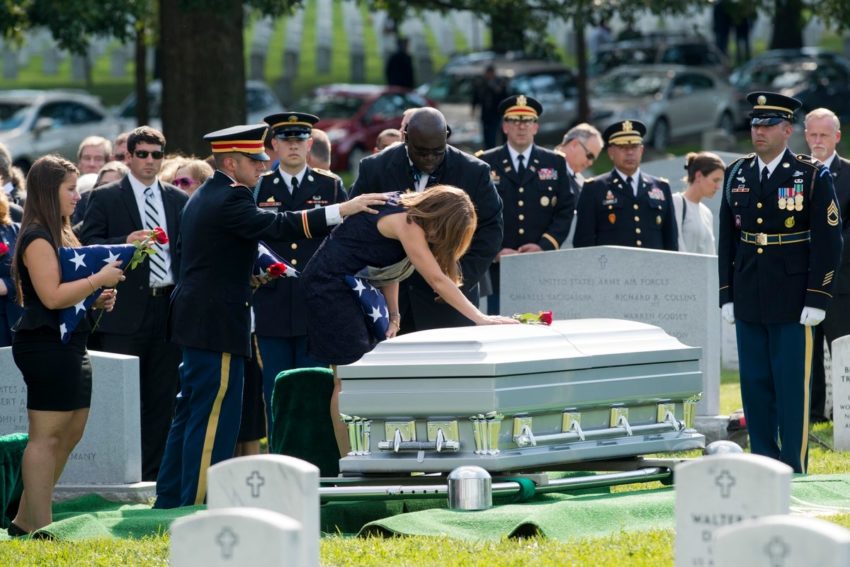 A bipartisan group of lawmakers introduced legislation on Thursday to fix a change in President Donald Trump’s tax law that unexpectedly stuck some families of fallen service members with higher tax billsthis year.

Survivor benefits designated to children were previously taxed at the parent’s rate, but changes in the 2017 tax law, which Republicans say were intended to simplify tax rules for child income, led to the steep hikes for some Gold Star families. The government instead began treating the Defense Department benefit as if it were a trust or estate, meaning it could be taxed at rates as high as 37%.

The change, first reported by the military website Task & Purpose, has drawn outrage from members of Congress. Minnesota Democratic Sen. Amy Klobuchar, a presidential candidate, called on the Treasury Department to address the problem.

The new bill, titled the Gold Star Family Tax Relief Act, would clarify how income from the Department of Defense’s Survivor Benefits Plan should be taxed. It would also be retroactive, meaning it would cancel out the hefty tax increases that some families experienced for 2018.

Virginia Democratic Rep. Elaine Luria, a retired naval commander, is leading the effort. She has support from seven Democrats and eight Republicans who have signed on to the bill.

Texas Rep. Kevin Brady, the top Republican on the House Ways and Means Committee, lauded the bipartisan bill in a statement Thursday afternoon.

“I want to thank our Members on both sides of the aisle for their important work on this bill, and I encourage quick action so we can provide certainty to these families whose parents paid the ultimate price,” he said.

Advocates for military families have called for Congress to change the way survivor benefits are distributed on a more fundamental level.

“People are absolutely shocked that this happened, and they weren’t planning for it,” Ashlynne Haycock, deputy director of policy for the military families nonprofit Tragedy Assistance Program for Survivors (TAPS), told CNN during an interview in April. “It has been a severe hardship for surviving families.”

Under current law, military widows and widowers are blocked from receiving the full amount of the Defense Department survivor benefit if they also receive monthly benefits from the Department of Veterans Affairs. The amount is offset by the amount of the VA benefit on a dollar-for-dollar basis, often greatly reducing the overall total.

In order to receive the full amount of both benefits, some Gold Star spouses allocate the Defense Department sum to their children. The offset requirement — which opponents call the “Widow’s Tax” — has long been a source of frustration and has come before Congress for nearly two decades, but lawmakers have not acted to get rid of it.

Alabama Democratic Sen. Doug Jones has introduced a bill to do so, with 37 Democratic and 17 Republican cosponsors. And South Carolina Republican Rep. Joe Wilson has repeatedly introduced a similar measure in the House, which enjoys far-reaching bipartisan support.

Luria’s bill would approach the tax issue in a more targeted way, without addressing the offset requirement.

“We appreciate anything people are doing, but we are staying very focused on passing the current legislation that is out there and making sure that it also fixes the problems for those who are affected now,” she said.