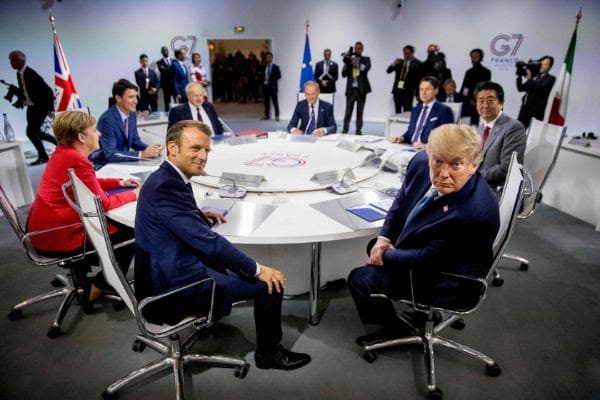 The surprise invitation of Iran’s foreign minister on the sidelines of the G-7 summit offers a “roadmap” to end a U.S.-Iran nuclear impasse and a proposed meeting between the leaders of the two countries, France’s president said Monday.

“At a given point in time there will have to be a meeting between the American and Iranian president,” Trump said at the close of the Group of Seven summit as he stood beside French President Emmanuel Macron, the host of this year’s gathering of the leaders of major democracies in the Atlantic coastal resort of Biarritz.

Macron said he hoped for a meeting in the “coming weeks.” But Trump committed to no time frame, saying a meeting could only happen “if the circumstances were correct or right.”

Macron intercepted Trump as he arrived at his hotel on the first day and the two spent nearly two hours alone together on a sunny terrace, eating lunch and talking before the summit’s official start. Trump seemed almost smitten at the memory. 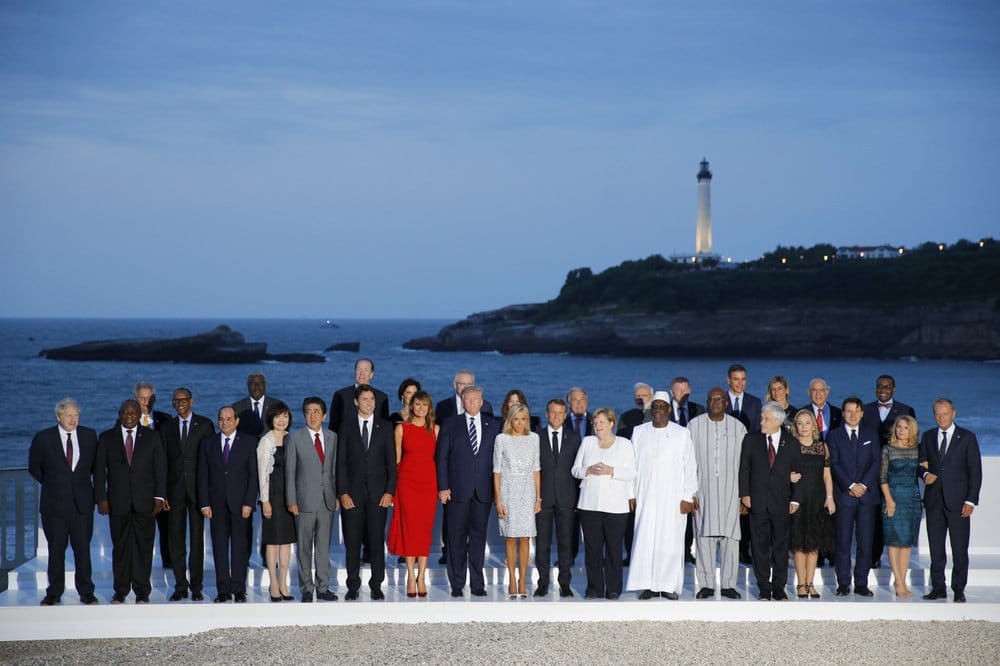 Trump said he gave his approval for the invitation to Iranian Foreign Minister Mohammad Javad Zarif, despite new U.S. sanctions against the envoy.

Macron and other G-7 leaders opposed Trump’s decision last year to pull the United States out of a 2015 nuclear deal between Iran and world powers, and to impose new sanctions. They have been trying to salvage the painstakingly negotiated treaty ever since.

Tensions over Iran, Russia, the U.S. trade war with China and the faltering global economy dominated the three-day summit. Trump insisted the gathering was marked by absolute unity, which was true to the extent that the other leaders carefully sidestepped any differences with him.

The biggest risk was the invitation to Zarif, which Macron’s office said came together in a matter of hours.

“I said if you want to do that, that’s OK. I don’t consider that disrespectful at all. Especially when he asked me for approval,” Trump said.

In a televised speech, Iranian President Hassan Rouhani also appeared on the defensive, shielding his foreign minister against criticism from hard-liners who have rejected negotiations until sanctions are lifted. Iran’s economy has nosedived since the U.S. imposed new sanctions.

“If I knew that going to a meeting and visiting a person would help my country’s development and resolve the problems of the people, I would not miss it,” Rouhani said. “Even if the odds of success are not 90% but are 20% or 10%, we must move ahead with it. We should not miss opportunities.”

Merkel said an achievement of the G-7 summit was an agreement to block Iran from having nuclear weapons “by political means.” She would not list any specifics.

“What will come out of this, what possibilities will open up, we can’t say today. But the firm will to talk is already great progress,” she said.