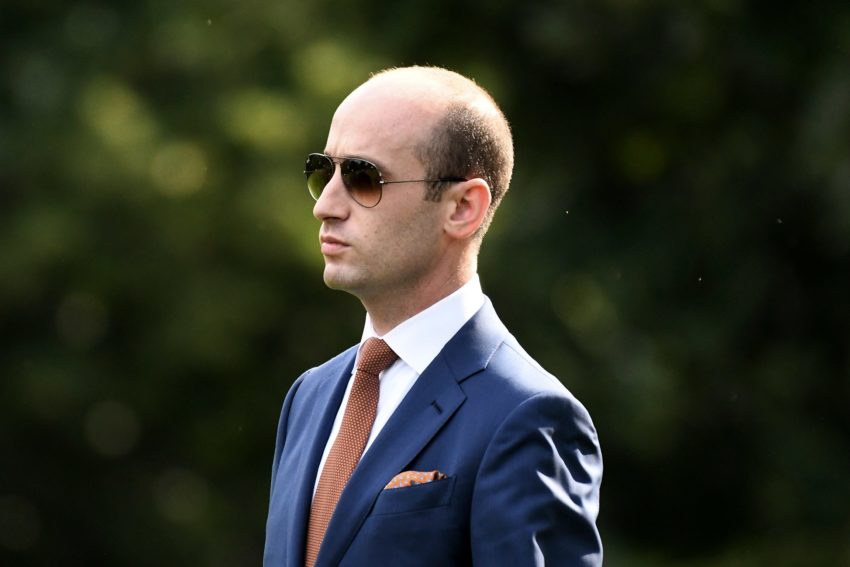 Anonymous efforts by anti-Trump federal bureaucrats to thwart the White House agenda through leaks and complaints to friendly reporters and congressional allies are a “mortal threat” to democracy and the 2016 election results, according to a top administration official.

“This is a mortal threat to the American system of government,” said Stephen Miller, the senior adviser for policy.

In 2016, President Trump ran against Washington’s “deep state” and “permanent bureaucracy,” said Miller, and they remain so angry that they are lying, leaking, and attacking the administration’s agenda.

The latest example is the planned book written by an anonymous inside critic and that follows efforts by bureaucrats to thwart Trump policies with leaks to liberal media and Democrats on Capitol Hill.

In an interview, Miller called inside attacks a “very grave threat,” and he explained it this way:

“It is best understood as career federal employees that believe they are under no obligation to honor, respect, or abide by the results of a democratic election. Their view is, ‘If I agree with what voters choose, then I’ll do what they choose. If I disagree with what voters choose, then I won’t, and I’ll continue doing my own thing. So basically it’s heads I win, tails you lose.

But, said Miller, Trump’s most loyal nonfamily staffer who also worked on the 2016 election, said that the president isn’t “cowed” by the attacks. In fact, he said the criticisms steel the president.

“We’ve made clear that your leaks will backfire and your sabotage will fail, and we’ll simply implement the policy doubly,” he said. “Not only will you not change the outcome, but the more that you try to leak and disrupt, the more determined the president will be in his course to accomplish that which he was sent here to do,” said Miller.

The top aide, interviewed in his second-floor West Wing office, also mocked insider critics who have been responsible for failed policies, especially in the intelligence, foreign policy, and defense arenas.

“The same people who made wrong judgment calls in Iraq, with respect to strategy in Afghanistan, Libya, Egypt, too … the people who made all these decisions now are so utterly convinced that they alone know what the right policy is,” Miller said.

He portrayed the president as devoted to delivering his campaign promises no matter what is thrown at him.

“Never has someone occupied the Oval Office who is more undeterred and undaunted in executing the task that he was brought here and has pledged to execute,” he said.

Miller added, “A lot of us thought, if you go back many years before Donald Trump ever declared for president, we might never live to see the day when somebody would have the audacity to promise to fundamentally change a broken status quo then get to Washington and proceed to execute on every single thing that he promised to do no matter what was thrown his way. It is truly a miracle to behold.”