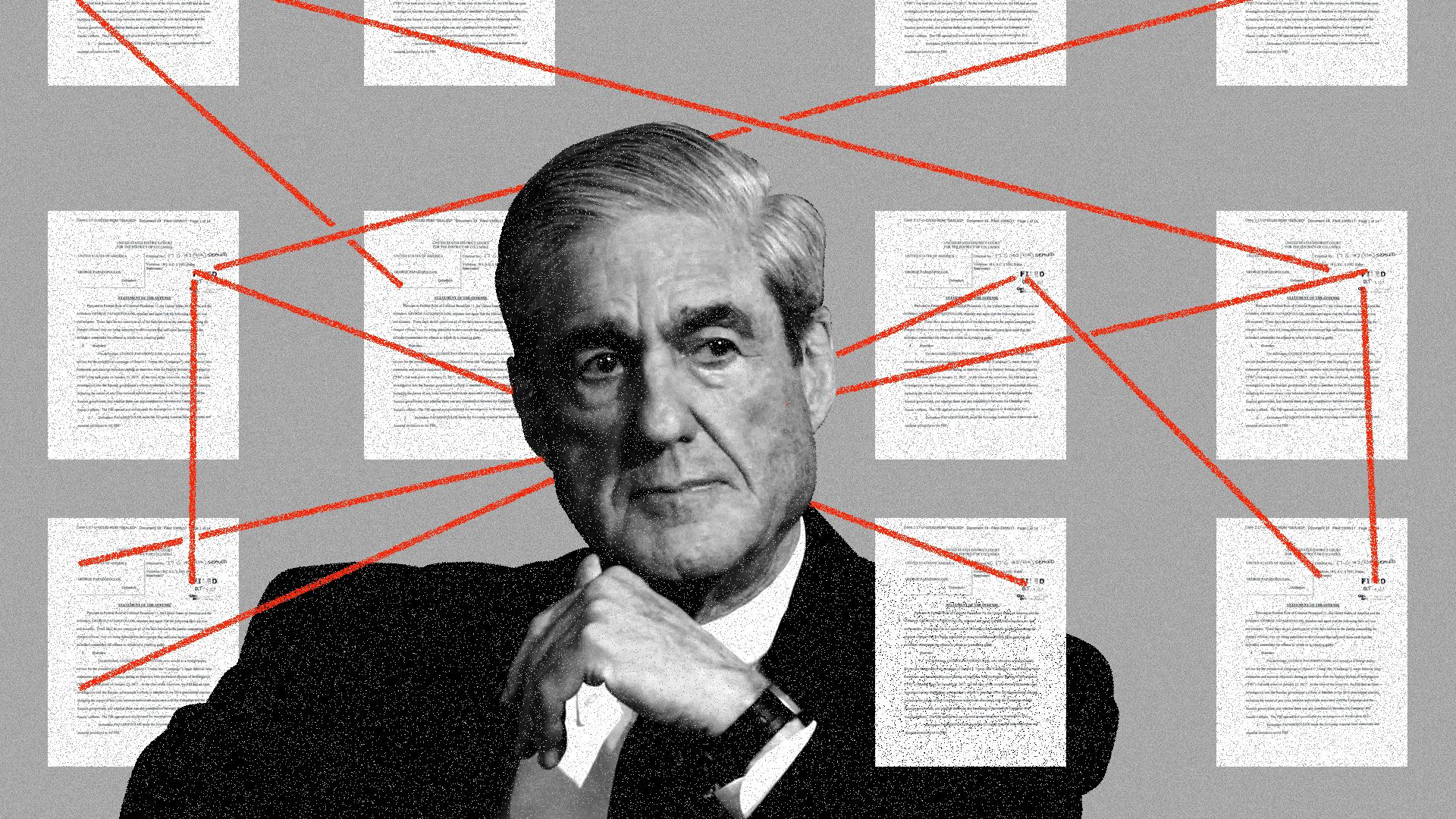 Everyone’s waiting for the “Mueller Report.” But it turns out that special counsel Robert Mueller is writing a “report” in real time, before our eyes, through his cinematic indictments and plea agreements, Garrett M. Graff reports for Axios.

The big picture: One of the least-noticed elements of the special counsel’s approach is that all along, he has been making his case bit by bit, in public, since his very first court filing. With his major court filings so far, Mueller has already written more than 290 pages of the “Mueller Report.” And there are still lots of loose ends in those documents — breadcrumbs Mueller is apparently leaving for later.

By making such detailed filings, Mueller is actually increasing his burden of proof — suggesting a supreme confidence that he has the goods.

Some of his deeply detailed filings raise questions that suggest more is coming:

Other hints at coming attractions:

Be smart: If it’s anything like every other document Mueller has filed thus far, it’ll be more informed, more knowledgeable, and more detailed than we can imagine.