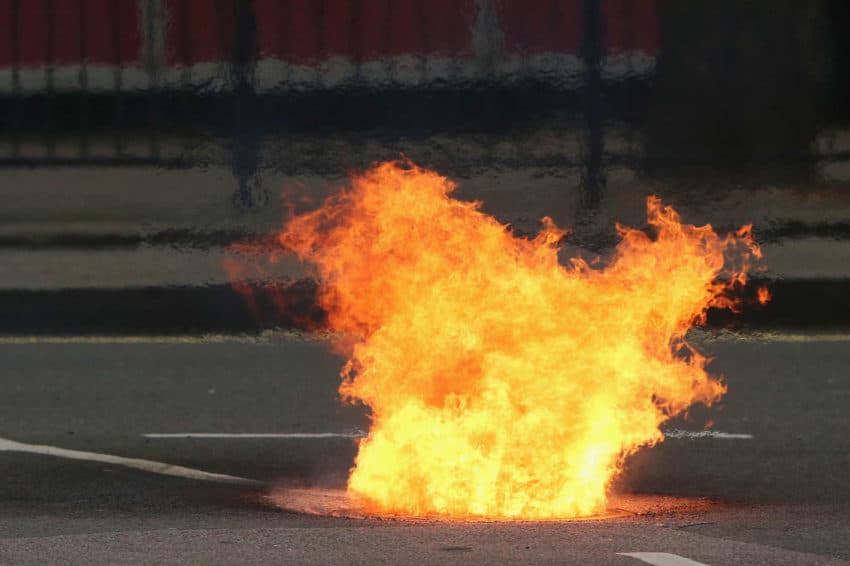 Several blocks in New York City were evacuated on Saturday night after multiple manhole fires and explosions were reported in the neighborhood of Hell’s Kitchen.

The FDNY first reported “multiple manhole fires” at 8:52 p.m. ET on Saturday night, with an automated alert sent through Twitter. Before long, pictures and videos of the fires popped up on social media, showing flames licking up from beneath the streets. New York City Council Speaker Corey Johnson tweeted that 50th Street was closed from 8th Avenue to 10th Avenue, and subway trains were bypassing that station.

Witnesses posted live updates from the scene. According to a report by Billboard, the 15th-anniversary performance of Avenue Q was canceled, along with the rest of the night’s performances, and the audience was evacuated from the New World Stages. A representative from the venue assured reporters that everyone was safe. “All patrons, casts, crews, and staff were evacuated as a precaution and performances were then canceled. Thankfully, no one was hurt,” they said.

Daily Beast editor Tim Teeman was on the scene, and he posted a photo of smoke rising from a manhole cover. He wrote that “there was a loud, deep bang and a street-level window shattered. Outside, flames and smoke were coming from a manhole. Police clearing the block.”

Other witnesses posted similar testimony, many echoing the reports of shockingly loud explosions. 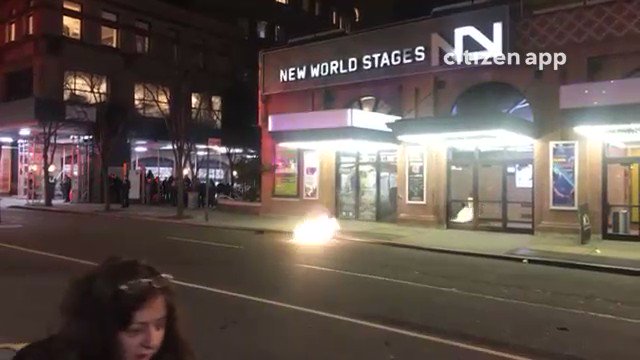 “Two huge explosions – loudest explosions I’ve ever heard. JUST HEARD A THIRD,” another person wrote, along with a video of the chaos.

Witnesses later reported a strong smell on the scene, which they speculated was gas before police and firefighters cleared the area. They also reportedly evacuated all of the nearby buildings.

“As we were entering the building, there was a big boom,” one fan explained on Facebook. “No idea what it was, but they kept letting people in. Right when the show was supposed to start, they announced they had to evacuate the theater. So now we’re outside with the other 4 shows that are performed in the same theater.”

“All shows in the building canceled,” they added later. One Twitter user later posted that it was the underground section of New World Stages itself that was on fire, and the flames were escaping through the manholes. What caused the explosions is still unclear.

New York City officials have not issued any updates on Saturday night’s incident.