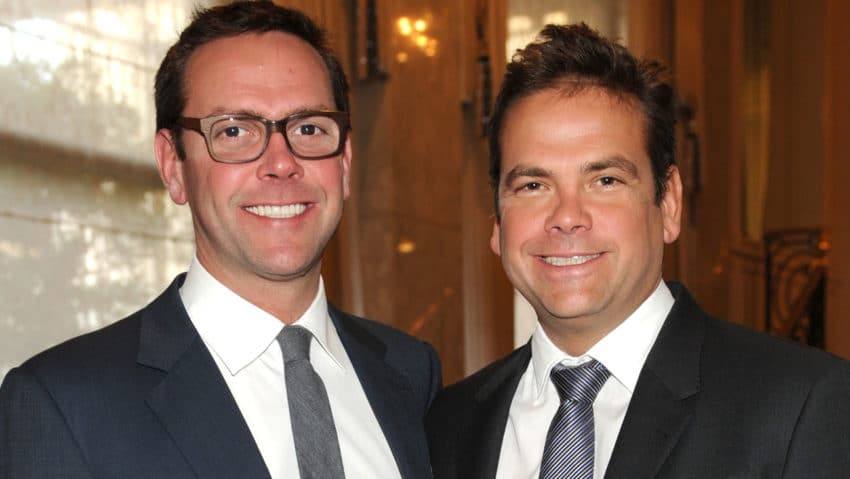 Rupert Murdoch’s 21st Century Fox spun off various television assets — including the Fox News Channel and Fox broadcast network — to form a new company Tuesday known simply as Fox Corp.The freshly minted company unveiled its board members, including former House Speaker Paul D. Ryan (R-Wis.). Ryan, whose two decades in Congress ended in January, forged a working relationship with President Trump in recent years to advance a conservative agenda, including tax cutsNow Ryan will help oversee Fox News — Trump’s favorite news network. Fox’s other board members are Murdoch; his oldest son, Lachlan Murdoch; Anne Dias, founder and chief executive of media investment firm Aragon Global Holdings; Chase Carey, a former Fox executive who is chairman and CEO of Formula 1 racing; Roland A. Hernandez, a former chief of Spanish-language network Telemundo; and Jacques Nasser, former head of Ford Motor Co. and a longtime Murdoch associate. The spinoff completed early Tuesday is part of a multi-pronged process that will culminate with the $71.3-billion sale of the rest of Murdoch’s entertainment company to Walt Disney Co. The company announced that it had finished the process of issuing shares in the new Fox Corp. to investors of 21st Century Fox. The new Fox is now “a standalone, publicly traded company,” the company said. Its shares are listed on the Nasdaq market; Tuesday marks their first day of trading In morning trading, Fox shares were down 4% to about $40 a share. The 88-year-old mogul from Australia and his family decided in late 2017 to break up their entertainment empire, and Disney was Murdoch’s preferred suitor. The Disney portion of the deal is expected to be complete late Tuesday night when the Burbank entertainment giant swallows the bulk of the Fox assets.

The new incarnation of Fox is a slimmer version of the old Fox. FULL COVERAGE: Everything you need to know about the Disney-Fox deal » Its assets include Fox News Channel; Fox Business Network; two national Fox Sports channels, FS1 and FS2; the Fox Broadcasting network; and Fox’s group of television stations, including KTTV Channel 11 and KCOP Channel 13 in Los Angeles. The reconfigured Fox Corp. will emphasize live programming, with NFL prime-time games on Thursday nights and WWE’s “Smackdown” on Fridays. With a growing number of viewers watching scripted dramas and comedies on a delayed basis, Fox is seeking more commercials that reach consumers with greater immediacy. The network’s entertainment chief, Charlie Collier, has said Fox will remain in the scripted-TV business, taking ownership stakes in the new series it buys from outside suppliers and developing its own properties. Fox has negotiated deals with Disney to keep the network’s signature animated shows “The Simpsons” and “Family Guy” and will continue to develop new series in the genre. Fox News is also a crucial piece of the new company, as the news channel generates more than $1 billion in annual profit thanks to growth in cable and satellite subscriber fees and ratings that make it the most-watched channel behind the broadcast networks. Although Fox News has seen advertisers resist buying commercial time on the shows of its provocative conservative commentators, Madison Avenue still values the network’s audience because 90% of its viewers watch live. Fox also is holding on to the historic studio lot on Pico Boulevard in West Los Angeles, where Lachlan Murdoch, 47, is based. Lachlan Murdoch is running the new Fox company as its chairman and chief executive. The Murdoch family controls the company through its ownership of voting shares. The spinoff comes amid high anxiety on the Fox lot in Los Angeles because of the anticipation that more than 3,000 jobs will eventually be eliminated as part of Disney’s consolidation of the remaining Fox assets, two people familiar with the matter said. Most of the affected positions are in Los Angeles.

Fox alerted the employees whom it planned to retain in December. Disney has already identified key executives who will make the switch but must still decide in the coming days and months who will be integrated into the expanded company. Disney is buying the 20th Century Fox movie and television studios with their rich vault of titles, including “Modern Family,” “The Simpsons,” “Avatar” and “Deadpool.” The goal is to ramp up a programming pipeline for a new streaming service, called Disney+, that the company plans to launch this year. Other Fox assets going to Disney include the FX and National Geographic channels, international television assets, including Star India, and Fox’s 30% stake in streaming service Hulu, which will give Disney the controlling interest in that growing business. Disney must sell the 22 Fox regional sports networks, including the YES network in New York, which broadcasts Yankees baseball games, and Prime Ticket and Fox Sports West in Los Angeles. Disney wanted to buy the regional channels, but the U.S. Justice Department would not allow that. In order to gain regulatory approval of the deal, Disney agreed to divest the regional sports channels. Disney has 90 days to sell the regional sports channels but would like to identify a buyer within a month, according to a knowledgeable person who was not authorized to comment. Fox Corp., whose ticker is FOXA for Class A shares and FOX for Class B shares, was added to the Standard & Poor’s 500 index Tuesday. The Murdoch family will continue to control their publishing company, News Corp., which includes the Wall Street Journal, New York Post and Times of London. The clan, through its Murdoch Family Trust, is expected to become a major shareholder of Disney. The Murdochs stand to receive nearly $12 billion in cash and stock from Disney, according to Bloomberg. Times staff writer Stephen Battaglio contributed to this report. Meg James CONTACT  Meg James is a corporate media reporter for the Los Angeles Times, covering the business of television and advertising. She has been a member of the Company Town team for more than a decade. She previously wrote for the Miami Herald and the Palm Beach Post. A native of Wyoming, she is a graduate of the University of Colorado and Columbia University.