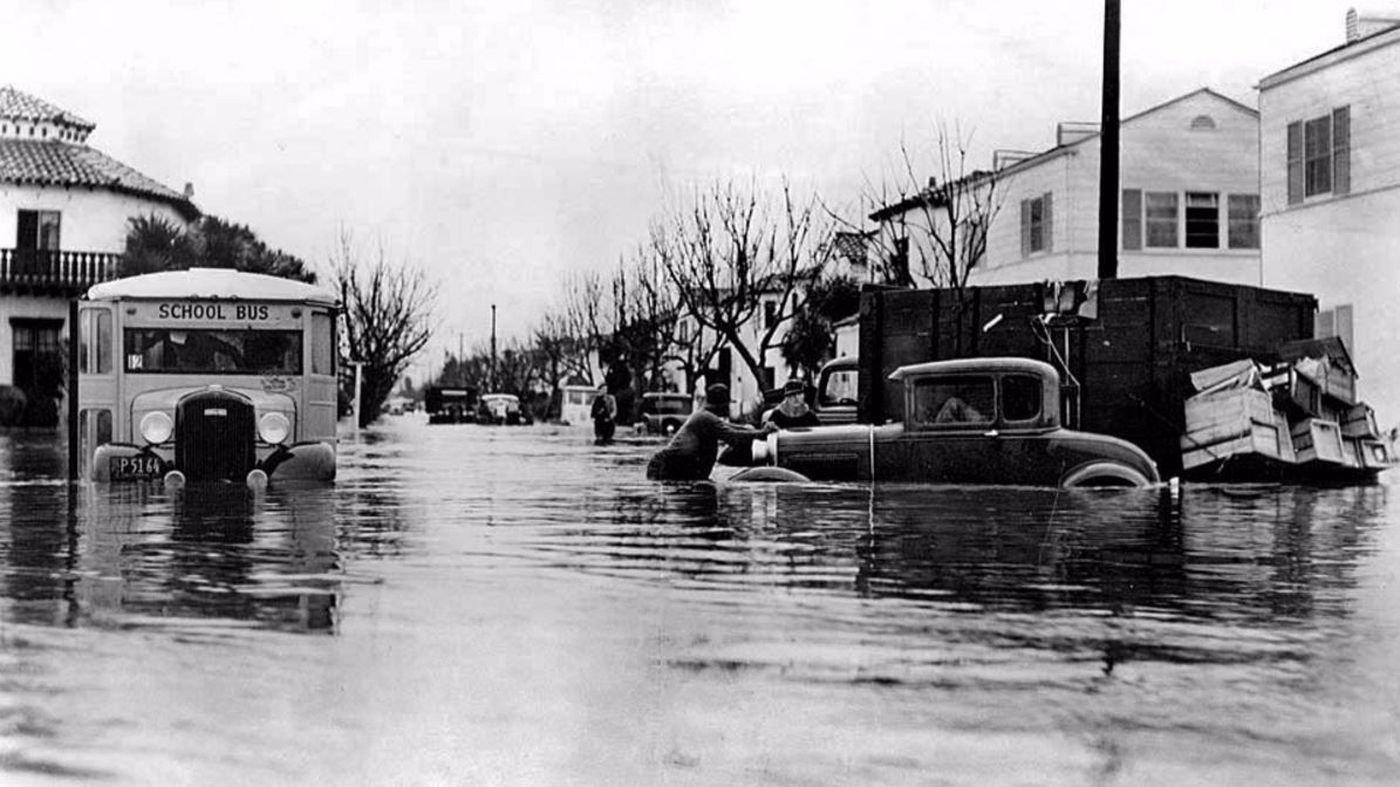 California’s drought-to-deluge cycle can mask the dangers Mother Nature can have in store.

During one of the driest March-through-February time periods ever recorded in Southern California, an intense storm dumped so much rain on Montecito in January that mudflows slammed into entire rows of homes. Hundreds of homes were damaged or destroyed, and at least 21 people died.

It was a grim reminder that in a place so dry, sudden flooding can bring disaster.

Rain fell as fast as 2 inches for a one-hour period. Wide swaths of the San Fernando Valley were inundated; floodwaters in the Los Angeles River mowed down bridges and pulled apart railroads.

Government officials responded with a major flood control campaign, building dams and deepening rivers and lining them with concrete to flush water out to sea before floodwaters could rise.

But even those protections have limits. And history shows there is precedent for even more devastation.

Several weeks of monumental storms would be all it would take to overwhelm California’s flood control system and cause widespread flooding and destruction.

Take the heavy rains from the winter of 2016-17 — which poured over a period of 80 days — and compress them down to fall in 23 days: California would experience a flood event so grave it would overwhelm our flood-control systems, force 1.5 million people to evacuate, and cause economic damage that could total $725 billion.

“Really, a major flood like this would dwarf a 7.8 earthquake in Southern California” in terms of the financial toll, said Dale Cox, project manager for the U.S. Geological Survey’s Science Application for Risk Reduction. (A magnitude 7.8 earthquake is expected to cause $213 billion in economic damage.)

“The storm is estimated to produce precipitation that in many places exceeds levels only experienced on average once every 500 to 1,000 years,” the report said.

And as the situation from Hurricane Harvey in Houston shows, once-in-a-1,000-year storms can happen