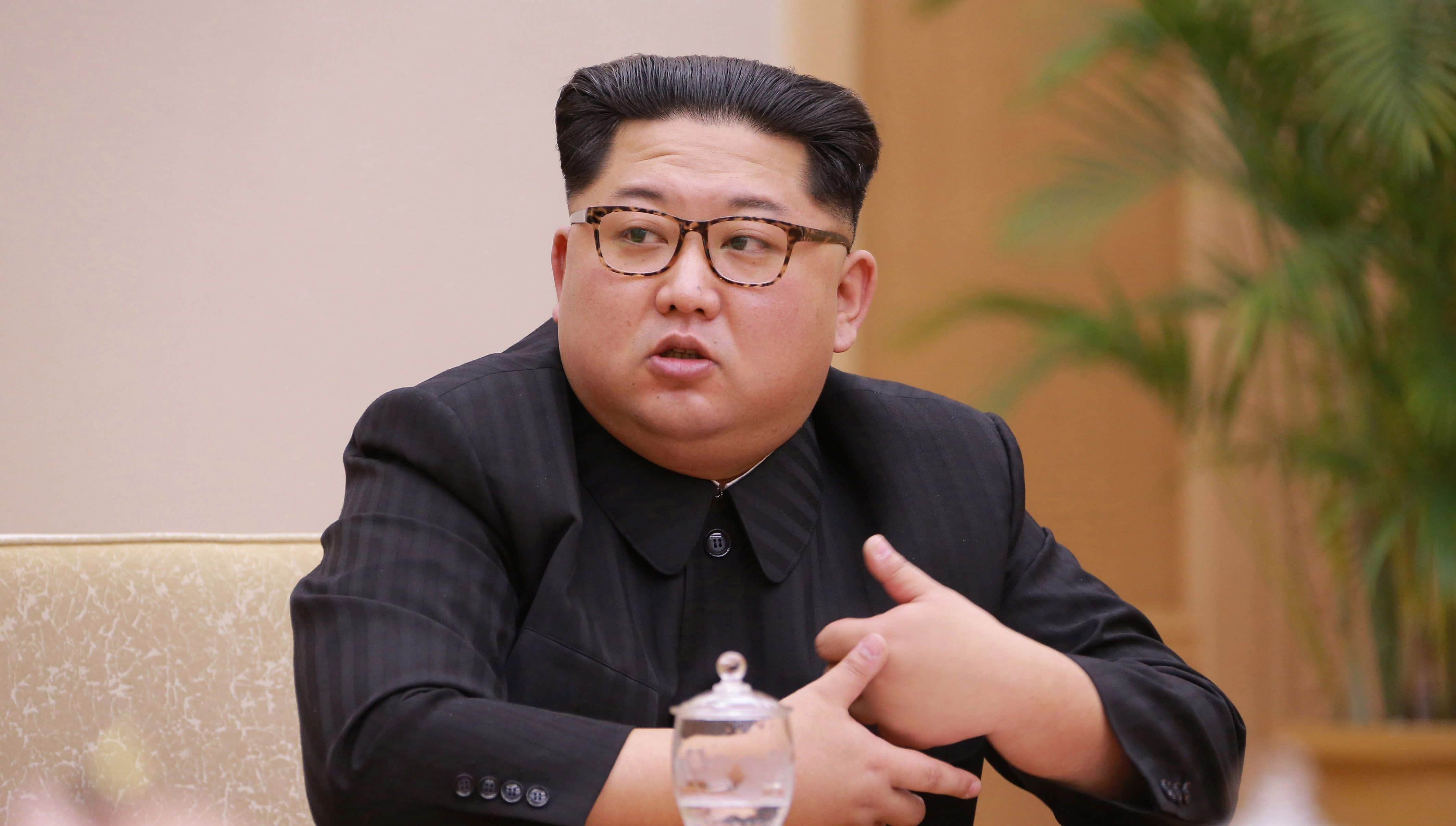 North Korea’s tone toward the US, which had gone from belligerent last year to diplomatic of late, grew much frostier today.

The change comes less than a week after Donald Trump announced the date and location—June 12 in Singapore—of an unprecedented summit between the two nations, which now looks a lot less certain.

But while some are pointing to the development as more evidence of Kim Jong-un’s unpredictability, in retrospect there were plenty of signs suggesting a sudden onset of prickliness shouldn’t be surprising to anybody.

North Korea’s KCNA news agency put out two statements Wednesday (May 16) that made clear its renewed unhappiness with the United States. In the first, it criticized the air-force drills currently being conducted by the US and South Korea, and called off a high-level meeting with South Korea slated for today because of them. It also hinted the Trump-Kim summit might not happen, warning the US to “think twice about the fate of summit.”

That took many by surprise, including US and South Korean officials. The South Koreans complained, saying that nixing today’s meeting was “not in line with the spirit of the Panmunjom Declaration and is regrettable,” referring to the statement signed by both sides at last month’s inter-Korea summit.

On March 6, Reuters had quoted an anonymous South Korean official (later identified as National Security Office head Chung Eui-yong) saying that Kim was fine with the annual drills going ahead. Apparently he was not. But perhaps it isn’t surprising given an official KCNA report that appeared just days earlier, on March 3. It stated: “If the U.S. finally holds joint military exercises while keeping sanctions on the DPRK, the DPRK will counter the U.S. by its own mode of counteraction and the U.S. will be made to own all responsibilities for the ensuing consequences.”

Another hint came earlier this month when North Korea reacted angrily to Trump’s suggestion that it was his administration’s orchestration of international pressure against the Kim regime that prodded it toward increased diplomacy and last month’s summit.

That’s not how Pyongyang views things. In its version of events, it was North Korea’s demonstrated prowess with nukes and long-range missiles that forced a sitting US president to agree to a summit. Late last year Pyongyang announced that North Korea had finally completed its historic goal of building its nuclear arsenal. Mission accomplished, the next steps were getting the deserved recognition and strengthening the economy.

One type of recognition would be the diplomatic variety: The US has never extended diplomatic recognition to North Korea, with which it’s still technically at war. But another would be recognition of North Korea’s nuclear status. In the other KCNA statement released today, the regime bristled at the Trump administration pushing for North Korea to verifiably get rid of nukes first, and be compensated for it only afterwards.

It took particular issue with the so-called “Libya model” of nuclear abandonment—which it called “absurd”—being put forward by hardline hawk John Bolton, whom Trump made national security adviser in March. It noted that unlike Libya, which had been in a developmental stage with its nuclear program, North Korea today is already a “nuclear weapon state,” and noted that country had met a “miserable fate.”

Pyongyang’s “feeling of repugnance” toward Bolton goes back years. In February Bolton wrote a Wall Street Journal op-ed (paywall) arguing that a first strike against North Korea was prudent and legally justifiable, and he’s put forward similar ideas before.

In any case, North Korea has often alternated between belligerence and diplomacy in decades past, with fear followed by hope followed by disappointment and back to fear.

Given all this, Pyongyang’s sudden shift in tone isn’t as surprising as it first seems. It might even be considered predictable.