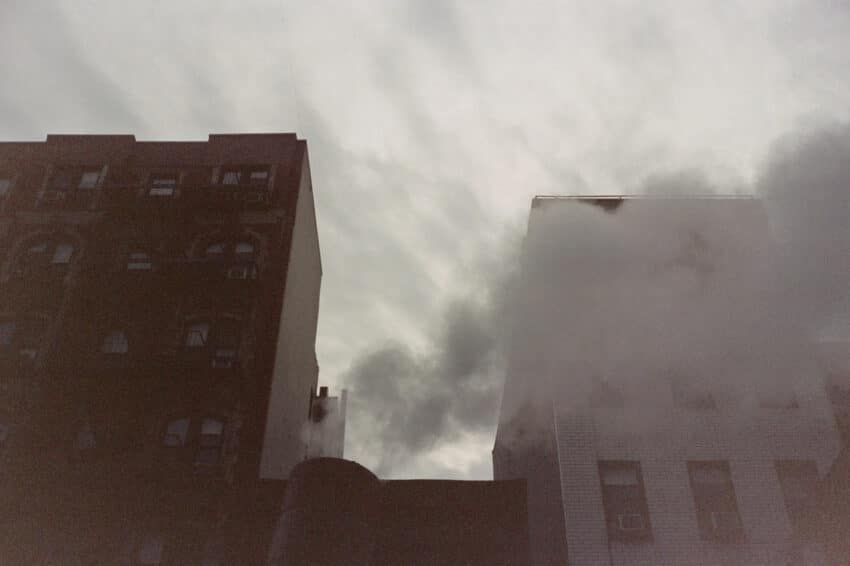 The share of people testing positive in New York City doubled in three days this week, and one of the mayor’s top health experts says it’s an indication of omicron evading immunity in a way no other variant had before.

The previous record, set 11 months ago on Jan. 14, crumbled when Gov. Kathy Hochul announced 21,027 new positive cases statewide Friday. The old record for most reported cases in a single day was 19,942, when reported hospitalizations were on the brink of 9,000. Now, the number of people admitted is down by more than half.

New York reported close to the same number of tests taken last Friday, but of that batch (over 260,000), there were 10,000 less positive cases one week ago. Also, when you compare hospitalizations to one week ago, the number of people in hospitals for COVID-19 has risen by about 300, reflecting an increase of 8%.

And in New York City, where testing lines have wrapped around blocks and people report wait times well over an hour, 10,286 positive cases were reported Friday. That total is up 20% from the previous day, and 100% from two days earlier. It’s also the highest reported testing day for the city since the beginning of the pandemic, and the first time the city saw more than 10,000 cases in a single day.

In an effort to combat rising cases of either variant, the state is rushing to acquire millions of at-home tests for New Yorkers living in communities with lower vaccine rates. On CNN Friday, the governor confirmed 1 million cases were already in hand with another 2 million on the way.

The unprecedented omicron-fueled COVID surge enveloping the former epicenter of the pandemic now has the mayor willing to reconsider the end of year festivities. However the mayor decides to handle the event, Hochul said it’s a decision best left up to the localities and that de Blasio will “make the right decision.”

Asked about the planned end-of-year bash Thursday night on CNN, de Blasio said the party is on for now but that could change at some point if the data warrants it.

“We made the decision a few weeks back when things were much better. But we said vaccinated people only,” the Democrat said. “Everyone’s been told for weeks and weeks, don’t even show up in Times Square unless you’re vaccinated.”

“Now we’re going to reassess constantly with the new information. We’re going to follow the data and the science,” he added. “Right now, it’s on. You know, we’ll make a decision as we go, get closer as to what should finally happen.”

While that full vaccination requirement is what fueled de Blasio’s confidence in a safe, jam-packed Crossroads of the World to close out 2021, a growing number of people who planned to go may be wondering if it is still enough.

Omicron Variant & Holidays: Advice From Doctors on Whether to Cancel Plans
The omicron COVID variant is a growing cause of concern during the holiday season as New Yorkers anticipate travel and group events, but should we cancel plans? Here’s what several experts suggest. News 4’s Linda Gaudino reports.

A day ago, the mayor’s top health adviser, Dr. Jay Varma, tweeted, “Um, we’ve never seen this before in #NYC” regarding COVID positivity rates. The share of people testing positive doubled in three days this week, and Varma said it was an indication of omicron evading immunity in a way no other variant had before.

The city’s rolling daily case average is up almost 57% over the rolling averages for the previous four weeks and COVID hospitalizations are up nearly 31%. Delta is the variant believed to be fueling the spike in more severe cases, while omicron is thought to be behind the surge in infections. Both are called “variants of concern.”

The latter accounts for only 1% of tested COVID samples in New York City currently, though its prevalence is likely far higher. Delta remains dominant (97%), but experts expect omicron to overtake it as the dominant U.S. strain in a matter of weeks.

The city does not report how many of the new cases are breakthrough infections. They are still believed to be a very small fraction of new COVID cases, and a minute fraction of new hospitalizations, but both of those fractions have been steadily rising since the emergence of omicron in November, state data shows.

The anecdotal evidence is there, too. Breakthrough infections have rattled New York City’s entertainment industry resurgence to its core, with the Rockettes becoming the latest casualty Friday.

A range of Broadway shows, from “Hamilton,” to “Moulin Rouge” to “Mrs. Doubtfire” and others, are canceling performances for the same reason. In some cases, the breakthrough cases in the companies are discovered so late and unexpectedly that audiences are in their seats when they learn the show will not go on.

While the first U.S. omicron case was only confirmed 16 days ago, health officials believe it was in America — and New York, which is detecting it at four times the rate of the rest of the country, the CDC said this week — well before that.