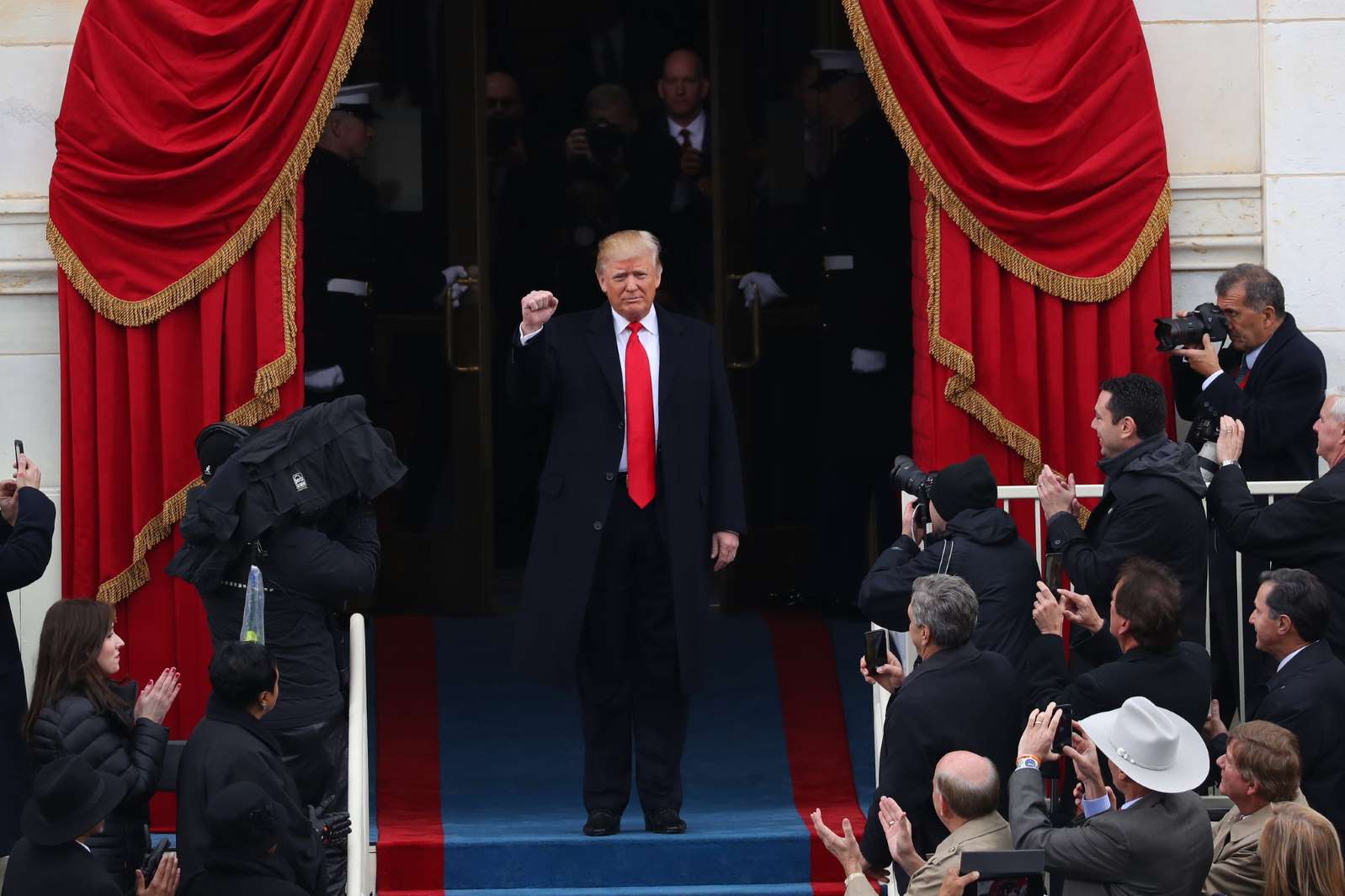 WASHINGTON — Federal prosecutors are examining whether foreigners illegally funneled donations to President Trump’s inaugural committee and a pro-Trump super PAC in hopes of buying influence over American policy, according to people familiar with the inquiry.

The line of questioning underscores the growing scope of criminal inquiries that pose a threat to Mr. Trump’s presidency. The special counsel, Robert S. Mueller III, is focusing on whether anyone in the Trump campaign conspired with Russia to tip the 2016 presidential election in Mr. Trump’s favor, while prosecutors in New York are pursuing evidence he secretly authorized illegal payments of hush money to silence accusations of extramarital affairs that threatened his campaign.

The inquiry into potential foreign donations to the inaugural fund and the super PAC is yet another front being pursued by multiple teams of prosecutors. Thomas J. Barrack Jr., a billionaire financier and one of Mr. Trump’s closest friends, raised money for both funds.

“Tom has never talked with any foreign individual or entity for the purposes of raising money for or obtaining donations related to either the campaign, the inauguration or any such political activity,” said Owen Blicksilver, a spokesman for Mr. Barrack. The inaugural committee focus was reported earlier on Thursday by The Wall Street Journal.

The super PAC, Rebuilding America Now, was formed in the summer of 2016 when Mr. Trump’s presidential campaign was short of cash and out of favor with many major Republican donors. While Mr. Trump insisted that he could finance his own campaign, he refused to dig too deeply into his own pockets.

According to several of the people familiar with the investigation, Paul Manafort, who then headed the campaign, suggested that Mr. Barrack step into the void by creating and raising funds for the political action committee, which could collect unlimited amounts of money as long as it avoided coordinating closely with the candidate.

In an interview with investigators a year ago, Mr. Barrack said that Mr. Manafort seemed to view the political committee as an arm of the campaign, despite laws meant to prevent such coordination, according to a person familiar with the interview.

Federal election law requires a cooling-off period of at least 120 days before campaign staff members join a political committee backing the same candidate, but Mr. Manafort dispatched two friends from the campaign, Laurance Gay and Ken McKay, to run the operation. A press officer said at the time that the committee violated no rules because the campaign never paid the two men. Neither man returned repeated phone calls seeking comment.

According to filings with the Federal Election Commission, the committee raised $23 million, making it one of the most important sources of funds for advertisements, polls and other political expenditures on Mr. Trump’s behalf. Most money came from several big donors, including from Linda McMahon, a professional wrestling executive who donated $6 million and was later appointed by Mr. Trump to head the Small Business Administration.

Prosecutors from New York and from Mr. Mueller’s team have asked witnesses whether anyone from Qatar or other Middle Eastern countries also contributed money, perhaps using American intermediaries. Among other issues, they asked about a Mediterranean cruise that Mr. Barrack and Mr. Manafort took after Mr. Manafort was fired in August 2016 from the Trump campaign because of a scandal over his previous work for pro-Russian politicians in Ukraine. Mr. Manafort was in serious financial trouble at the time, and Mr. Barrack, who has an extensive business network in the Persian Gulf, may have been attempting to help him find clients.

On the cruise, the pair met one of the world’s richest men, Hamad bin Jassim bin Jaber Al Thani, the former prime minister of Qatar. Until 2013, Mr. Al Thani presided over the country’s $230 billion sovereign wealth fund. He remains a highly influential member of the nation’s governing royal family.

Investigators also sought information from a businessman, Rashid Al Malik, an associate of Mr. Barrack’s who heads a private investment firm in the United Arab Emirates, according to a person familiar with the inquiry. Mr. Malik, whose lawyer did not immediately respond to a request for comment, has been described as close to a key figure in the U.A.E.’s government.

After Mr. Trump was elected, any troubles he had finding donors appeared to have vanished. His inaugural fund raised $107 million — four times as much as the pro-Trump political action committee and twice as much as the amount raised for President Barack Obama’s first inauguration. Mr. Barrack was its chairman, and Rick Gates, a longtime business associate of Mr. Manafort’s who served as deputy campaign chairman, ran it.

The inquiry into the inaugural fund appears to involve prosecutors from United States attorney’s offices in Manhattan and Brooklyn, people familiar with the investigation said. The fund has long been a source of infighting among White House advisers and personal friends of Mr. Trump’s, who blamed each other for news reports about questionable expenditures.

The prosecutors in Manhattan were apparently following up on leads from their case against Michael D. Cohen, the president’s former longtime fixer. Mr. Cohen was sentenced on Wednesday to three years in prison, in part for organizing payments to cover up sex scandals that could have threatened Mr. Trump’s chances of winning the White House.

Among other documents seized during raids on Mr. Cohen’s home and office in the spring, investigators found a tape recording of a conversation with Stephanie Winston Wolkoff, a friend of Melania Trump’s, who ran entities that collected $26 million from the fund. Ms. Winston Wolkoff blamed Mr. Barrack for news reports questioning the payments to her and criticized him for failing to properly manage the account, according to people who spoke with her. She complained about how he had handled the money to several friends, including Mr. Cohen, those people said.

The inaugural committee complied with all laws and “has not been contacted by any prosecutors,” said Mr. Blicksilver, who is also a spokesman for the fund. Its finances “were fully audited internally and independently,” and donors were fully vetted and disclosed to the Federal Election Commission, as required, he said.

In fact, though, the fund has already run into trouble related to both donations and expenditures. Mr. Gates, who is awaiting sentencing for crimes related to a financial fraud scheme he executed with Mr. Manafort, has testified that he may have submitted personal expenses for reimbursement from the fund. A later review of the inaugural expenses found no issue with his reimbursements, a person close to Mr. Gates said.

And this year, a well-known Republican lobbyist, Sam Patten, pleaded guilty to arranging for a Ukrainian oligarch and another foreigner to buy $50,000 worth of tickets to an inaugural event, using an American as a straw purchaser.

Investigators have asked witnesses whether other foreigners also contributed illegally to the inaugural committee. Once Mr. Trump was elected, foreign governments were frantically trying to build connections to the incoming administration, including Qatar, Saudi Arabia, and the United Arab Emirates. Although it hosts and heavily subsidizes an American military base, Qatar is constantly striving to counter the influence of its powerful neighbors, also allies of the United States.