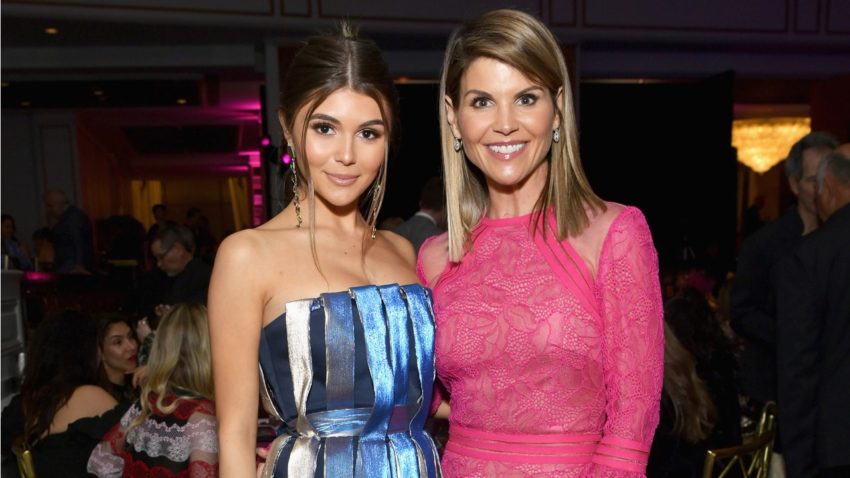 The daughters of Hollywood actress Lori Loughlin have been thrust into the spotlight as their mother stands accused of paying a hefty bribe to get them into a top university.

Ms. Loughlin, the star of US sitcom Full House, and her husband, designer Mossimo Giannulli, were among dozens charged on Tuesday in college admissions and cheating scandal.

Court documents say the couple “agreed to pay bribes totaling $500,000 in exchange for having their two daughters designated as recruits to the USC [University of Southern California] crew team”.

Authorities say neither of the daughters, beauty vlogger Olivia Jade Giannulli and her sister Isabella Rose Giannulli, were actually part of any rowing team.

Desperate Housewives star Felicity Huffman has also been indicted in the investigation.

Prosecutors said they have not charged any of the students, though it is unclear what will happen to their college places.

The charging document alleges that Ms. Loughlin and Mr. Giannulli lied, saying that their youngest daughter was a coxswain for the LA Marina Club team and provided a photo of her at a rowing machine to back up her college application.

But a guidance counselor from the sisters’ high school noted that neither of the girls participated in rowing and questioned whether “their applications may have contained misleading information”.

After the counselor expressed concern, Ms. Loughlin wrote to a participant in the alleged scam: “[Our younger daughter] has not submitted all her colleges apps and is confused on how to do so.

“I want to make sure she gets those in as I don’t want to call any attention to [her] with our little friend at [her high school]. Can you tell us how to proceed?”

Ms. Loughlin’s youngest daughter, Olivia Jade Giannulli, was copied in on that email, according to investigators.

The 19-year-old is already no stranger to controversy.

A YouTuber, she faced a backlash last year when she expressed more interest in partying than in studying at USC.

Before starting college last year, Ms. Giannulli – who launched her YouTube fashion channel in 2014 – was skewered for remarks she made while discussing her plans after graduating from a private high school in California.

“I don’t know how much of [university] I’m gonna attend,” the teenager – who goes by the name Olivia Jade online – told her viewers in a video.

“But I’m gonna go in and talk to my deans and everyone, and hope that I can try and balance it all.

When some of Ms Giannulli’s nearly two million YouTube subscribers called her “privileged”, “ignorant” and “spoiled”, she backtracked.

“I said something super ignorant and stupid, basically,” she said on her channel, adding: “I’m really disappointed in myself.”

In September last year, she posted sponsored content on Instagram for Amazon Prime from her new accommodation at USC.

“Officially a college student!” said the fresher. “It’s been a few weeks since I moved into my dorm and I absolutely love it.

“I got everything I needed from Amazon with @primestudent and had it all shipped to me in just two days.”

Ms Giannulli was later featured in a Teen Vogue article – which also heavily plugged Amazon Prime – about how she and her roommate decorated their college dorm room.

“I ended up ordering everything from Amazon and made sure it all went with her décor but wasn’t too matchy-matchy,” she told the magazine.

Isabella Rose Giannulli has starred alongside her mother in two Hallmark cable channel movies, Every Christmas Has a Story and Homegrown Christmas.

Ms Loughlin told Salon last August: “Well, she is in school and I’m glad. She just finished her first year of college and she really enjoys it and I think she’ll get her degree.

“And I just said to her, ‘Look, have some backup plan. Get a degree and something else.'”

The social media backlash against Olivia Jade Giannulli has been brutal following her mother’s indictment.