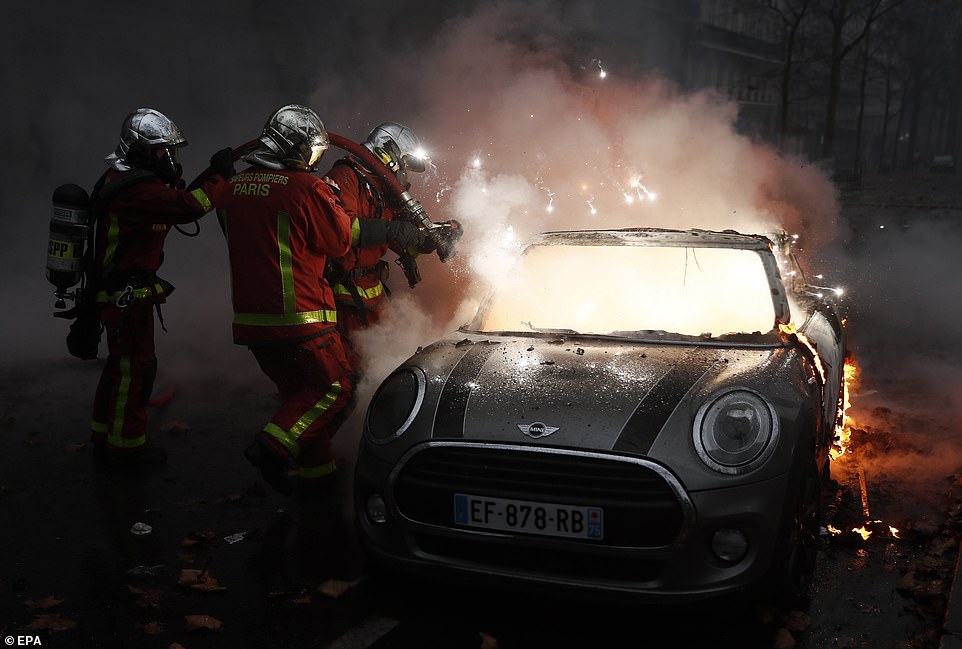 ‘This is the start of a revolution’: Paris rioters steal police assault rifle, torch dozens of cars and vow to ‘stay in the streets until Christmas’ as fuel protests continue into the night and spread across France – and even to Holland