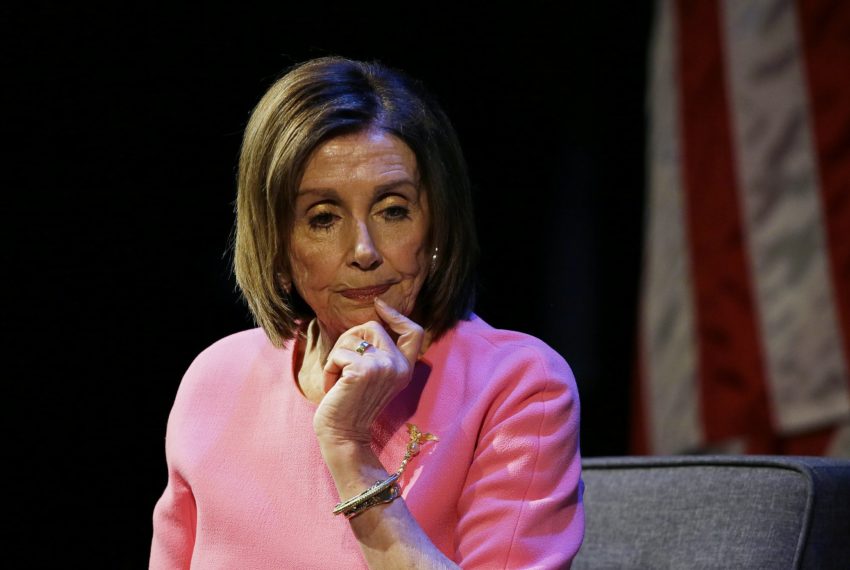 House Speaker Nancy Pelosi and House Judiciary Chairman Jerry Nadler resisted pressure from the left to open an impeachment inquiry on Wednesday, following special counsel Robert Mueller’s announcement he’s closing his office and would not provide information beyond his already public report in any appearance before Congress.

Both Democratic leaders pledged to continue the House’s various investigations into alleged wrongdoing by President Donald Trump and maintained all options — including impeachment — remain on the table. But, Pelosi noted, only about 15% of House Democrats are “outspoken on impeachment” at this time.
“Nothing is off the table,” said Pelosi.
She later reiterated what she has said before, that impeachment must come after all the facts are known.
“You don’t bring an indictment, or you don’t bring an impeachment unless you have all of the facts,” she said.
But one Democratic House member told CNN’s Jim Acosta there is growing pressure on Pelosi to launch impeachment proceedings. Members are “growing more restless,” this representative said. 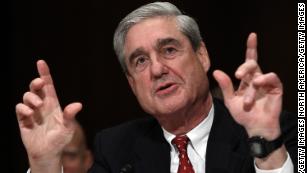 Mueller: ‘If we had had confidence that the President clearly did not commit a crime, we would have said so’
And a couple new Democratic voices joined the chorus calling for impeachment: Reps. Bennie Thompson of Mississippi, Jim McGovern of Massachusetts and Betty McCollum of Minnesota.
In Mueller’s first public comments on the investigation since he was appointed special counsel two years ago, he emphasized that Justice Department guidelines did not allow him to charge a sitting President, and as a result his office did not determine whether the President had committed obstruction of justice. Mueller said the probe could not clear Trump and that charging the President was not an option his office could consider.
“If we had confidence that the President clearly did not commit a crime, we would have said so,” Mueller said. “We did not however make a determination as to whether the President did commit a crime.”
In his report of Russian interference in the 2016 election and the President’s efforts to undermine that investigation, Mueller leaves behind a road map that Congress could use to impeach Trump. But it is unclear whether Mueller will also come before the House and submit himself to questioning about the probe. Pelosi said that it would be “useful” for Mueller to testify, adding Congress could get some “clarification” and “confirmation” from him.
Nadler would not say whether he would subpoena Mueller’s testimony.
“Mr. Mueller told us a lot of what we need to hear today,” Nadler said during a news conference.
After Mueller’s announcement that he would retire from the Justice Department, Nadler and Rep. Doug Collins of Georgia, the top Republican on the panel, each said the special counsel confirmed their contradictory views of the report’s conclusions.
“In his statement this morning, special counsel Mueller reaffirmed his report, which found substantial evidence that Russia attacked our political system and that the President sought to obstruct Mueller’s investigation over and over again,” said Nadler. “He also confirmed three central points: he did not exonerate the President of the United States of obstruction of justice, obstruction of justice is a serious crime that strikes at the core of our justice system, and the Constitution points to Congress to take action to hold the President accountable.”
But Collins said Mueller found “there was no collusion and no obstruction” and urged the country to “move on” from the investigation to other issues.
DIVE DEEP INTO THE MUELLER REPORT

• Read and search the full report

• 77 lies and falsehoods Mueller called out

• What Trump associates told the public vs. what they told Mueller

“Relitigating the 2016 election and reinvestigating the special counsel’s findings will only further divide our country,” said Collins. “I appreciate special counsel Mueller highlighting the grave threat Russian interference in our elections poses to our democracy.”
Pelosi has said that impeachment would be divisive for the country. She’s said that Trump is “taunting” Democrats to impeach him in stonewalling their various investigations to rally his political base ahead of the 2020 elections. And she again urged her members on Wednesday to stick to the party line of advocating for investigations rather an impeachment.
“The Congress will continue to investigate and legislate to protect our elections and secure our democracy,” said Pelosi.
But some Democrats have bucked their leaders in the past few weeks, as Attorney General Bill Barr and former White House counsel Don McGahn defied subpoena requests to testify before the House Judiciary committee. Mueller’s public remarks compelled Sen. Cory Booker, a presidential candidate, to announce his support for impeachment proceedings to begin in the House.
“We have one remaining path to ensure justice is served,” said Booker. “It is our legal and moral obligation to hold those who have committed crimes accountable.”
Even if the House voted to impeach Trump, the Republican-controlled Senate is unlikely to convict him on any charge such as obstruction of justice.
Republican Sen. Lindsey Graham, chairman of the Senate Judiciary Committee, said that the special counsel team turned over its report to Barr, who found Trump didn’t obstruct justice even though Mueller detailed multiple potential instances of it. One of the key episodes the special counsel cited in the investigation, for example, was in 2017 when the President told McGahn to fire Mueller and McGahn refused.
“Without an underlying offense or collusion, and the overwhelming cooperation by the Trump White House with the Mueller investigation, the attorney general’s decision on obstruction is sound,” said Graham. “It will be the final word in my view.”
“As for me, the case is over,” said Graham.