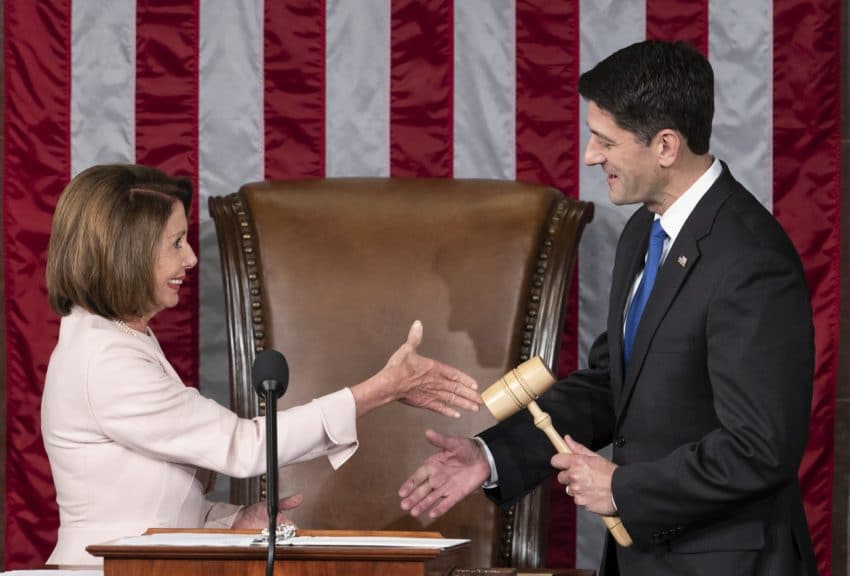 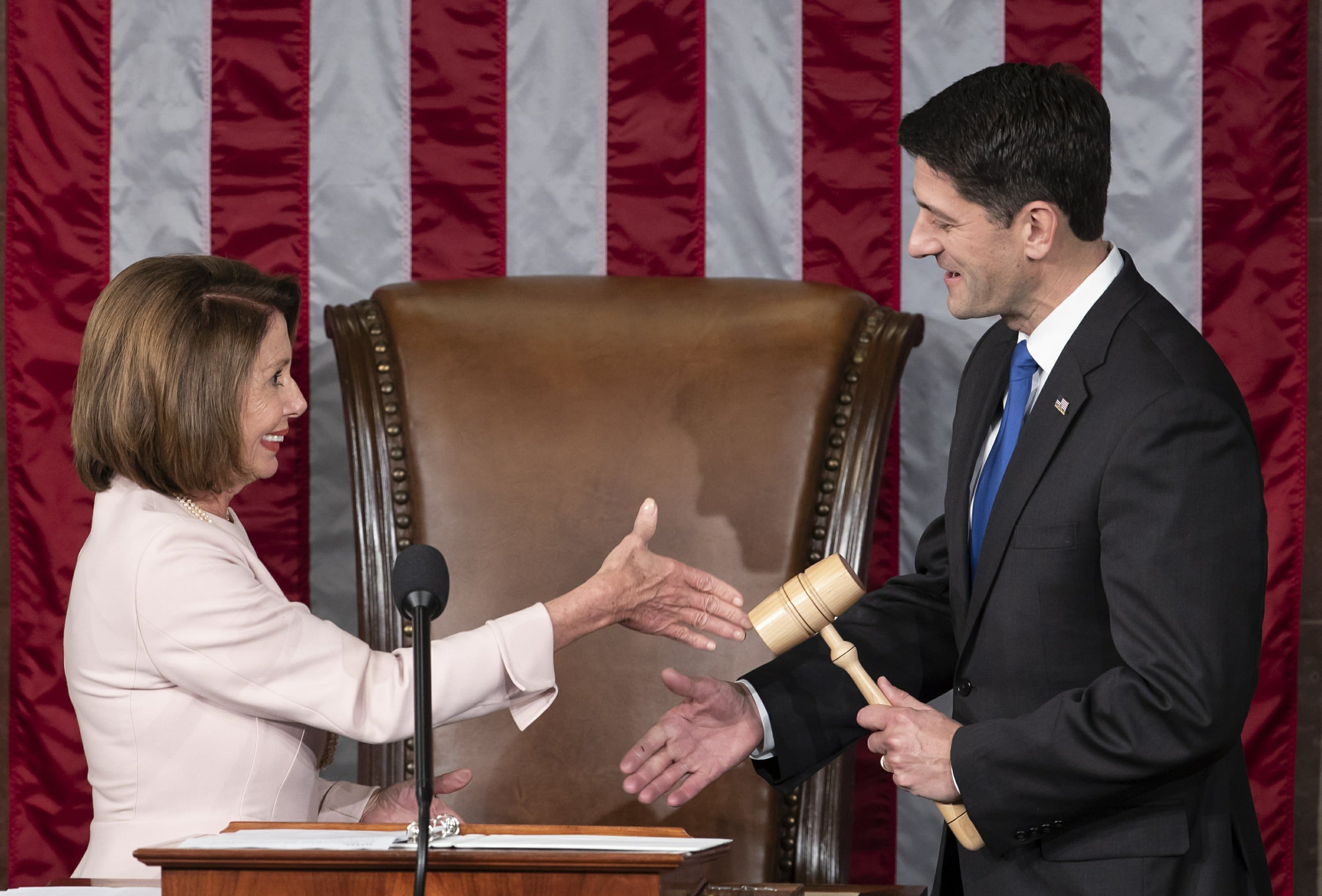 WASHINGTON (AP) — House Democrats are sweeping into power this week on a campaign promise of improving government for ordinary Americans. But first, they’ll have to get the government reopened from the partial shutdown.

As the Congress gavels in for the 116th session, the early votes will be the usual ones — establishing the House rules and electing the House speaker, presumably California Democrat Nancy Pelosi. But the new majority will quickly pivot Thursday to a pair of bills to fund the parts of the government that have been shuttered in the dispute over money for President Donald Trump’s border wall with Mexico.

It’s a cold opening for the new majority, setting up an early confrontation with the Republican-led Senate and the White House and testing the House Democrats’ ability to make good on their campaign pledge to focus on kitchen-table issues in the new era of divided government.

“Our first order of business will be to end the reckless Trump shutdown and reopen the government,” Rep. Hakeem Jeffries of New York, the incoming caucus chairman, said in an interview. Then, he said, “we will turn our attention to bringing our democracy to life and returning our government to the people.”

So far, House Democrats appear largely unified in their plan to vote to reopen the government without the money Trump is demanding to build the border wall.

Jeffries said that while Trump wants to “waste millions in taxpayer dollars on a medieval border wall,” Democrats are drawing “a line in the stand” against the spending they say won’t make the border any safer.

“The partisanship, rancor, and dysfunction of the Trump shutdown is exactly what voters rebuked in November,” said Rep.-elect Joe Neguse of Colorado, a new leader of the freshmen class, in the Democrats’ weekly address. “And that is why on Jan. 3rd when the new Democratic House majority arrives, we will bring the hope, vision, and goals of effective governance back to the forefront.”

But with Trump dug in over the $5 billion he wants to build the wall, the shutdown could drag on. Senate Republicans are reluctant to consider the House bills unless they know the president is on board.

The first signal Trump has given that he may be willing to talk about the wall impasse came Tuesday, when he tweeted, “Let’s make a deal?” He’s invited Democratic and Republican congressional leaders to a White House meeting Wednesday on border security.

Democrats are eager to move forward in the House on multiple fronts.

They’re set to approve a rules package on Thursday that sets a new tone for governing. For example, it requires that legislation first is considered in committees before bills are brought to the floor for votes. It bans lawmakers from serving on corporate boards. And it recognizes the diversity of the new freshmen class by easing a century-old rule against wearing hats on the chamber floor to allow Rep.-elect Ilhan Omar, a Muslim-American from Minnesota, to wear a headscarf.

By early next week, House Democrats are expected to consider a resolution to defend the Affordable Care Act in legal proceedings after a Texas judge ruled it largely unconstitutional in a legal challenge brought by Republican attorneys general from several states.

H.R. 1, the first bill of the new House majority, is a good-government package that tackles campaign finance reforms and other issues. It will begin making its way through the newly bolstered committee process.

And they will continue their oversight of the Trump administration and Russian interference in the 2016 election.

Still, corralling a large House majority has never been easy, and Democrats are ushering in the largest class since the Watergate era. Republicans under retiring Speaker Paul Ryan all but gave up trying to the muscle the conservative House Freedom Caucus in line. It was the Freedom Caucus leaders who urged Trump to fight for the border wall money and reject legislation that would have prevented the shutdown days before Christmas.

Pelosi is expected to regain the gavel Thursday, securing the votes to become speaker even after some new and returning lawmakers signaled they wanted new leadership. She would be the first woman to hold, then return, to the office.

But divisions remain, rearing up even before the newly elected members are sworn into office, as many are eager for change and ready to confront Trump.

Rep.-elect Alexandria Ocasio-Cortez of New York has been critical of the leader’s plans to create a Select Committee on the Climate Crisis. She prefers a panel that focuses on renewable energy investments and whose members refuse campaign donations from oil and other fossil fuel industries.

“A weak committee misses the point & endangers people,” she wrote on Twitter.

Ocasio-Cortez and others, including Rep. Ro Khanna of California, are opposing the rules package over a budgeting provision that allows objections to legislation that increases the deficit. Many progressives worry it could halt bills on health care or other investments. “It is terrible economics,” Khanna said on Twitter.

“As my mother used to say, ‘This too shall pass,’” Jeffries said. “We will get past this shutdown and there will be ample opportunity for us to communicate with the American people and get things done on their behalf.”