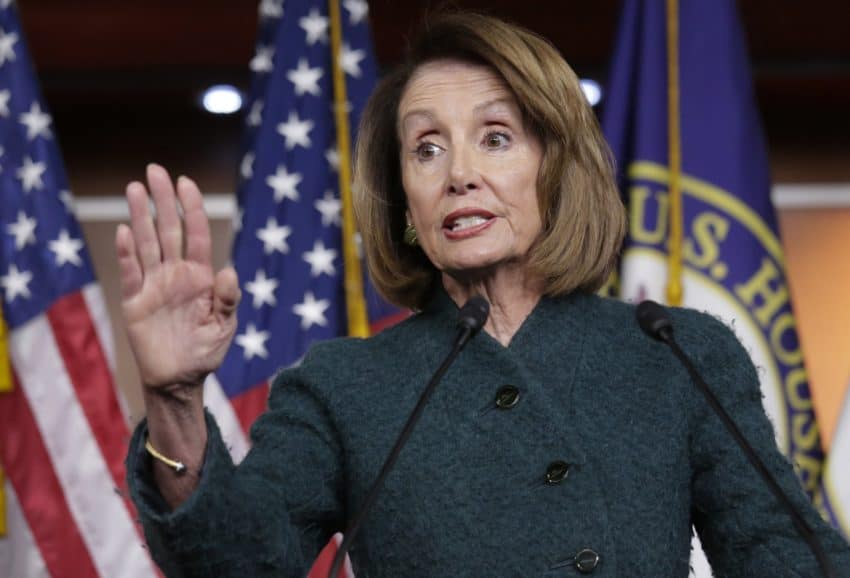 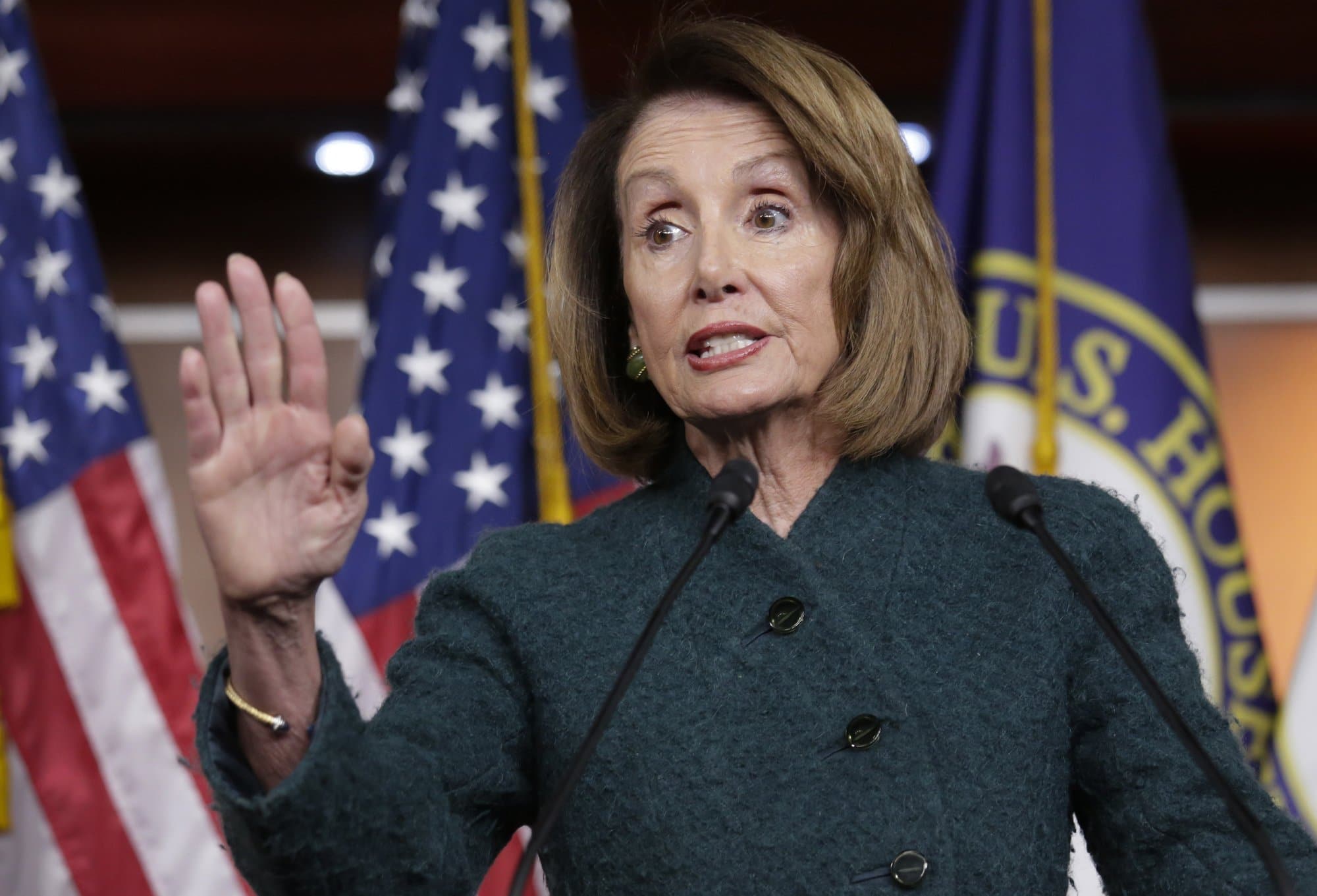 Shutdown pressure on President Donald Trump mounted Wednesday as House Speaker Nancy Pelosi called on him to delay his State of the Union address and his own economists acknowledged the prolonged standoff was having a greater economic drag than previously thought.

In a letter to Trump, Pelosi cited security concerns, noting that both the Secret Service and the Homeland Security Department are affected by the partial government shutdown, now it its fourth week. She added that unless the government reopens this week, they should find another date or Trump should deliver the address in writing. The White House did not immediately respond to the high-stakes move on the 26th day of the shutdown, as Trump and Democrats are at an impasse over Trump’s demands for $5.7 billion to build a wall along the Mexican border.

Pelosi is refusing money for the wall she views as ineffective and immoral; Democrats say they will discuss border security once the government has reopened.

The White House planned further meetings with rank-and-file lawmakers Wednesday, though few saw those sessions as likely to budge either side. Administration officials sought to project confidence even as Trump’s economists indicated the shutdown was having a greater impact than previously predicted.

An economic shift could rattle Trump, who has tied his political fortunes to the stock market and repeatedly stressed economic gains as evidence that his tax-cut package and deregulation efforts are succeeding. Economic optimism had already cooled somewhat as Trump’s trade fight with China shook the markets.

Hassett told reporters the White House is doubling its estimate of the strain on the economy of the shutdown, and now calculates that it is slowing growth by about 0.1 percentage points a week.

With the shutdown in its fourth week, that suggests the economy has lost nearly a half-percentage point of growth so far, though some of that occurred at the end of last year and some in the first quarter of this year. Hassett said the economy should get a boost when the government re-opens.

Previous White House estimates of the impact did not fully take into account the effect on people who work for private companies that contract with the government to provide services, Hassett said.

While the hit to the overall economy so far remains slight, economists foresee real damage if the shutdown drags into February or beyond. 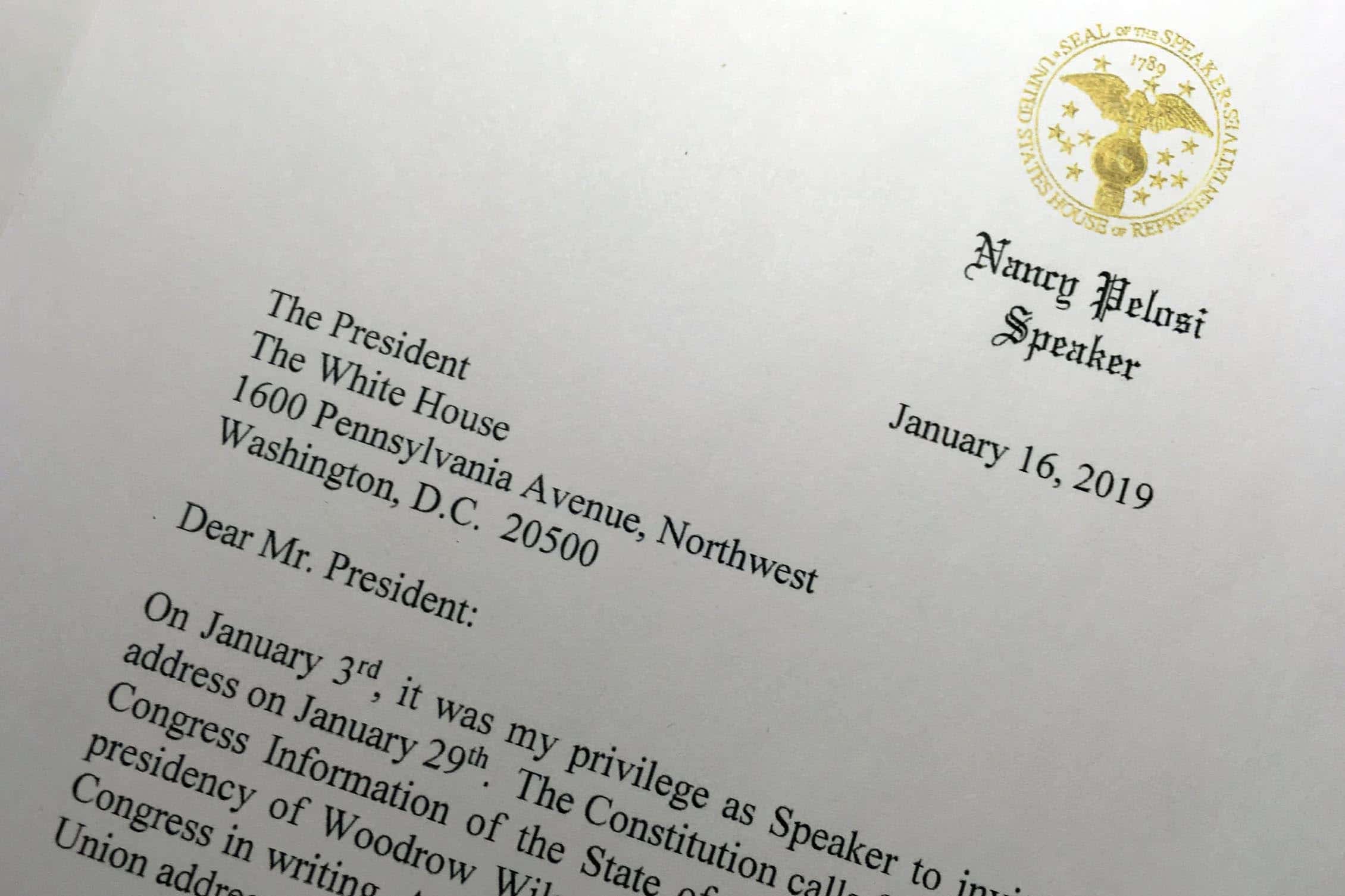 “I know there has been some impact, but at the same time we’re focused on the long term economic principles the president has laid out,” she said.

The House and Senate said they will cancel a recess later this week if the shutdown continues, which seemed likely.

The president, on a conference call with supporters Tuesday, showed no signs of backing down.

“We’re going to stay out for a long time, if we have to,” Trump said. He also suggested the partial shutdown, which has clogged airport security lines and shuttered federal agencies, was going smoothly.

Behind the scenes, though, the administration and its allies on Capitol Hill are warily eyeing the next payday. They hope to reach a resolution before a Tuesday deadline when they’ll need to prepare the next round of paychecks for workers who have been seeing zeros on their pay slips.

Some in the Senate are pushing to support a short-term bill that would re-open the government for three weeks to allow time for negotiations on border security.

While Trump rejected the idea earlier this week, Sens. Lindsey Graham of South Carolina and Chris Coons of Delaware are organizing a bipartisan letter asking him to reconsider.

The letter, a copy of which was obtained by The Associated Press, states that the senators will make “our best efforts” to address the Trump administration’s request for money to address security and humanitarian issues at the border. It is not clear how many senators have signed on.

Trump, who a week ago seemed intent on declaring a national emergency in order to build the wall, has turned his attention back to Congress as polling suggests he is taking much of the blame for the standoff.

On Tuesday, the White House had invited rank-and-file lawmakers to lunch with Trump at the White House as part of a strategy to build support from centrist Democrats and newly elected freshmen, including those from areas where the president is popular with voters. But none of the House Democrats took Trump up on the offer.

Trump ended up lunching with a selection of lesser-known House Republicans.

For AP’s complete coverage of the U.S. government shutdown: https://apnews.com/GovernmentShutdown