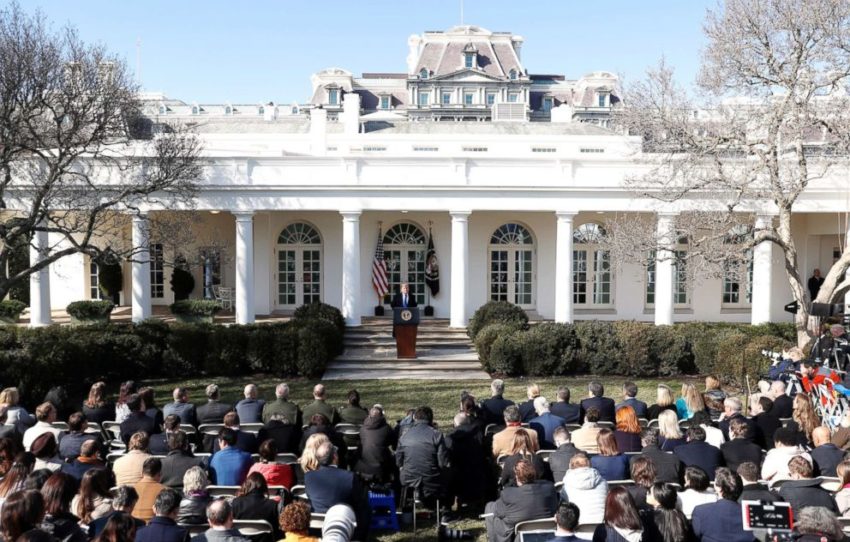 President Donald Trump capped months of political drama Friday, announcing he’s signing a bill to fund the government, avoiding another government shutdown, while also taking the extraordinary action of declaring a national emergency to secure additional money for his proposed border wall that congressional Democrats refused to give him.

“I am going to be signing a national emergency,” Trump said. The president explained his highly controversial move in a Rose Garden announcement, saying “We’re going to confront the national security crisis on our southern border and we’re going to do it one way or the other.”

He said he was taking “critical actions” but “not because it was a campaign promise.” “We’re talking about an invasion of our country with drugs, with human traffickers, with all types of criminals and gangs,” he explained.

“And the only reason we’re up here talking about this is because of the election, because they want to try and win an election which it looks like they’re not going to be able to do, and this is one of the ways where they think they can possibly win — is by obstruction and a lot of other nonsense — and I think that I just want to get it done faster that’s all,” he said.

As he spoke, White House press secretary Sarah Sanders tweeted out a photo of the president signing the emergency declaration. 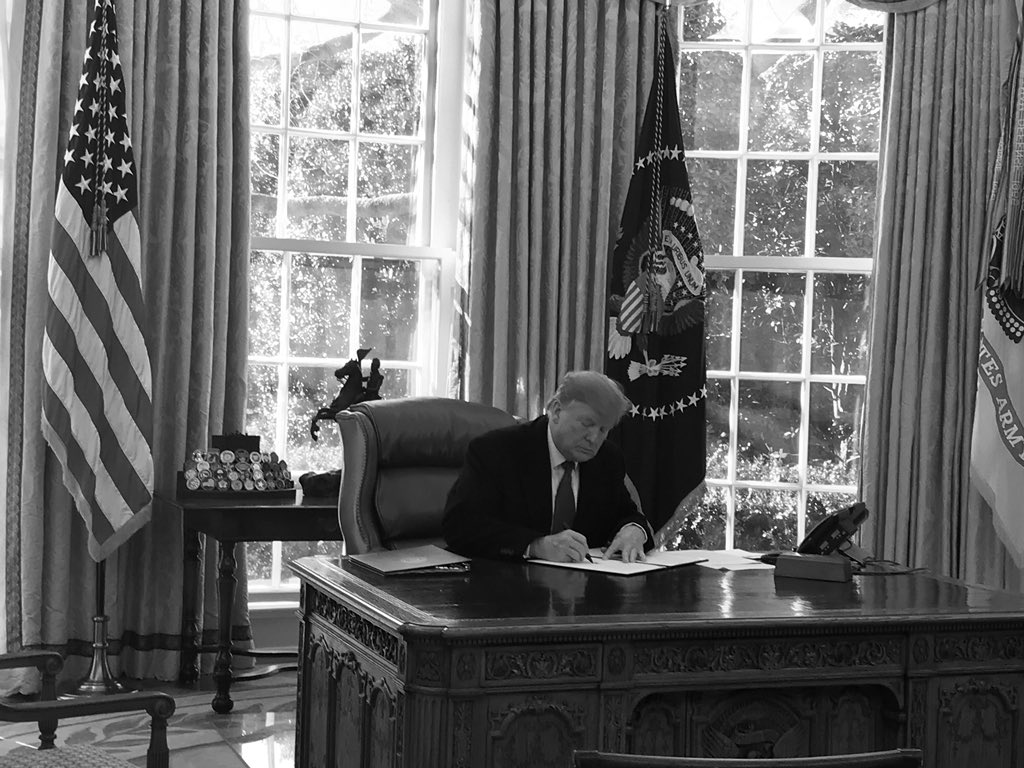 ✔@PressSec
President @realDonaldTrump signs the Declaration for a National Emergency to address the national security and humanitarian crisis at the Southern Border.

Trump’s decision to go along with a congressional border security deal funding deal comes after a 35-day shutdown — the longest in U.S. history — and after three weeks of negotiations by a bipartisan group on Capitol Hill that delivered a bill without all the wall money the president wanted. The measure includes $1.375 billion for border security, enough to construct about 55 miles of new barrier in new areas, but less than the proposal Trump rejected late last year, triggering the shutdown.

Trump is seeking a total of about $8 billion through a mix of spending from the congressional appropriations bill, executive action, and the emergency declaration.

Both Republicans and Democrats have voiced opposition to Trump’s emergency declaration, a workaround that would allow him to build a border wall without support from Congress.

Senate Majority Leader Mitch McConnell, who had previously opposed the president’s moves, announced on the Senate floor Thursday the news that Trump would sign the deal, and that he would support an emergency declaration.

House Speaker Nancy Pelosi and Senate Minority Leader Chuck Schumer, in a joint statement issued just after the president’s Friday announcement, said, “The President’s unlawful declaration over a crisis that does not exist does great violence to our Constitution and makes America less safe, stealing from urgently needed defense funds for the security of our military and our nation.

“This is plainly a power grab by a disappointed President, who has gone outside the bounds of the law to try to get what he failed to achieve in the constitutional legislative process,” their statement continued. “The President’s actions clearly violate the Congress’s exclusive power of the purse, which our Founders enshrined in the Constitution. The Congress will defend our constitutional authorities in the Congress, in the Courts, and in the public, using every remedy available. ”